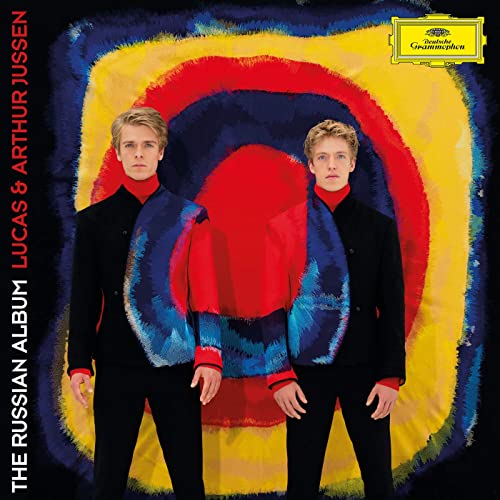 The Russian Album is the seventh album by the brothers Lucas and Arthur Jussen on the Deutsche Grammophon label. The pianists selected compositions for two pianos by Dmitri Shostakovich, Sergei Rachmaninoff, Igor Stravinsky, and Anton Arensky. Their aim was to capture the essence of Russian music with its unique character, timbre, and energy. The compositions reflect some turbulent episodes in Russian history. As Lucas explains: “The romantic aspect is paramount to many admirers of Russian music, but there is always another dimension. The feelings of anxiety and oppression are continually present in Shostakovich’s work, even when the music itself sounds cheerful. And whilst Rachmaninoff’s music can emanate pure beauty, it’s pervaded with that nostalgic feeling of homesickness. That is the magic of Russian music.”