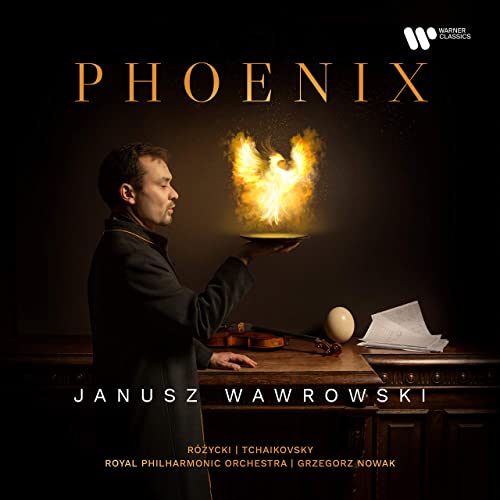 Janusz Wawrowski’s album Phoenix pairs two life-affirming violin concertos written during difficult periods in their composers’ lives: Tchaikovsky was recovering from his disastrous marriage and Ludomir Różycki was enduring the Warsaw Uprising of 1944. Wawrowski spent several years reconstructing Różycki’s concerto from long-lost fragments. He says, “This wonderful work spoke to me immediately. Like a phoenix rising from the ashes, it should be reborn and enjoyed by audiences around the world. To me, the concerto is full of the energy and life of Warsaw before the war, and I think Różycki was trying to conjure up this positive energy as he wrote it in 1944. It reminds me of Gershwin or Korngold, yet retaining at the same time a distinct Slavic flavour.” Wawrowski is joined for this recording by London’s Royal Philharmonic Orchestra and conductor Grzegorz Nowak.