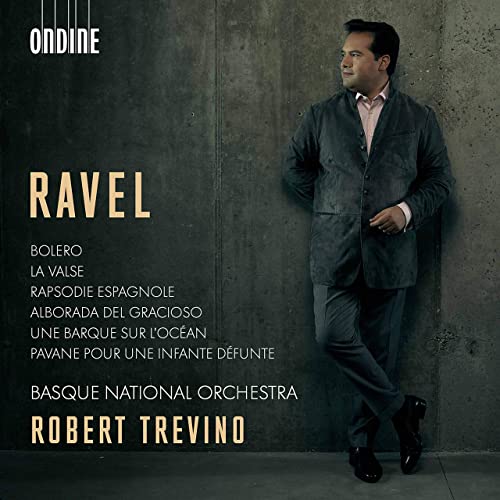 Conductor Robert Trevino’s new album release on Ondine – after a successful debut with a complete Beethoven symphony cycle – features six orchestral pieces by Maurice Ravel played by the Basque National Orchestra. Born in a small town in France very close to the Spanish border, Ravel spent most of his life in Paris. However, he was extremely proud of his Basque background having immersed himself in the culture already as a child, and many elements of Basque music can be found in his compositions. These performances of some of the most fantastic orchestral scores of the 20th Century shed light on the Basque influences in Ravel’s music.