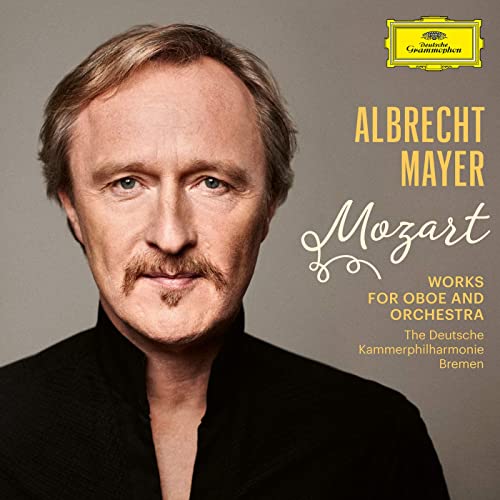 Albrecht Mayer has lived with Mozart’s music for almost half a century. His encounters with the composer began while he was a boy soprano in the Bamberg Cathedral Choir and have multiplied over the course of his international career. The 55-year-old German oboist has waited until now, however, to record his first all-Mozart album, a personal and affectionate tribute to one of the greatest composers who ever lived. The album comprises six works arranged for oboe, oboe d’amore, or English horn, together with a specially commissioned completion of the fragmentary Oboe Concerto in F major, K 293 (416f).