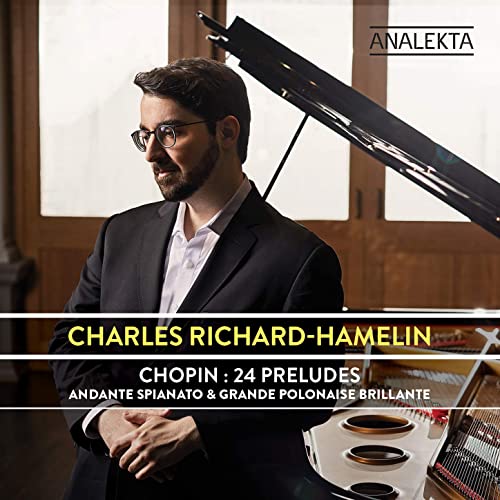 The new album by Charles Richard-Hamelin presents two important works by Frédéric Chopin and consolidates the musician’s place in the highest ranks of the pianistic world. Describing the 24 Preludes, Richard-Hamelin says: “One can hear the entire scope of Chopin’s output inside the microcosm that are the Preludes. Across all the different major and minor keys, we get hints of his Études, Nocturnes, Impromptus, Mazurkas, and even fragments of larger works such as the Ballades. Yet, there is also a sense of an overarching story being told in 24 chapters of various lengths and weights. It is Chopin at his most beautiful, heart-wrenching, experimental, dissonant, sometimes even violent. It is a fascinating journey through the human psyche and my interpretation aims to show precisely that.”