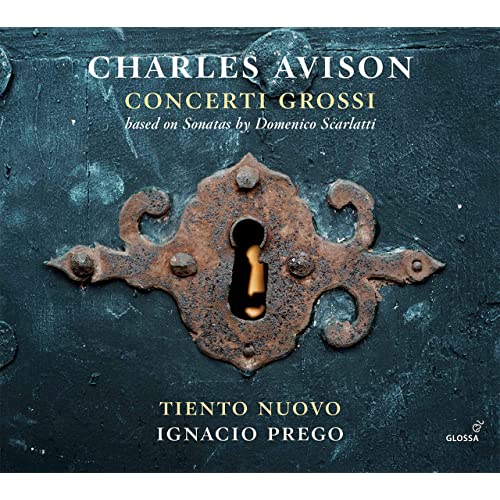 Harpsichordist Ignacio Prego directs a new selection of the Concerti Grossi by Charles Avison drawing inspiration from keyboard sonatas by Domenico Scarlatti. Italian music had great popularity in Britain in the 18th century, and Avison adapted and transformed Scarlatti’s sonatas into his Grand Concertos, making them his own. Prego and his new Spain-based ensemble Tiento Nuovo relish the Iberian influences pervading the concertos; these are peppered with folk-music references drawn in by Scarlatti across his more than three decades of traveling around Spain and Portugal with his patron María Bárbara de Braganza.