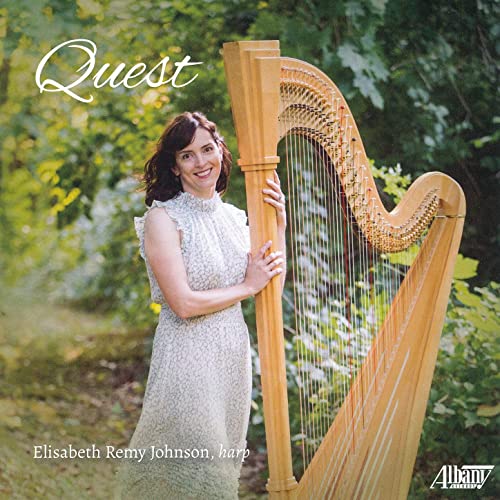 The harpist Elisabeth Remy Johnson has gathered a substantial collection of works by women in her new album, Quest. The recording features new works by living composers Kati Agócs, Sally Beamish, Johanna Selleck, and Niloufar Nourbakhsh; gems from the 19th and 20th centuries by Clara Schumann, Lili Boulanger, and Amy Beach, all transcribed by Remy Johnson; and Remy Johnson’s own arrangement of an Appalachian folk song. “I’ve made a concerted effort to include more works by women in my performances,” said the harpist. “It has always seemed to me that these works must be out there.”