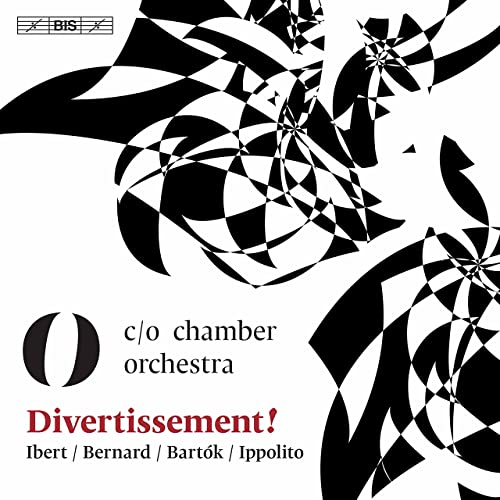 The C/O Chamber Orchestra is a collective of 30 young musicians from a dozen different countries. For their first disc, the members have chosen to highlight the genre of the divertimento. The name implies a diversion, light music for entertainment, but many of the best-known examples of the form transcend that definition. The four works recorded here offer different perspectives on the genre, starting with Jacques Ibert’s suite which constantly plays with the listener’s expectations. Some 40 years before Ibert, his compatriot Émile Bernard composed a Divertissement for double wind quintet, reminiscent of Mozart. Bartók’s Divertimento for strings was composed just before the outbreak of World War II. The closing work reunites the winds and strings in a work written especially for this project by the American composer Michael Ippolito, who pays full tribute to the contrast-rich nature of the divertimento.