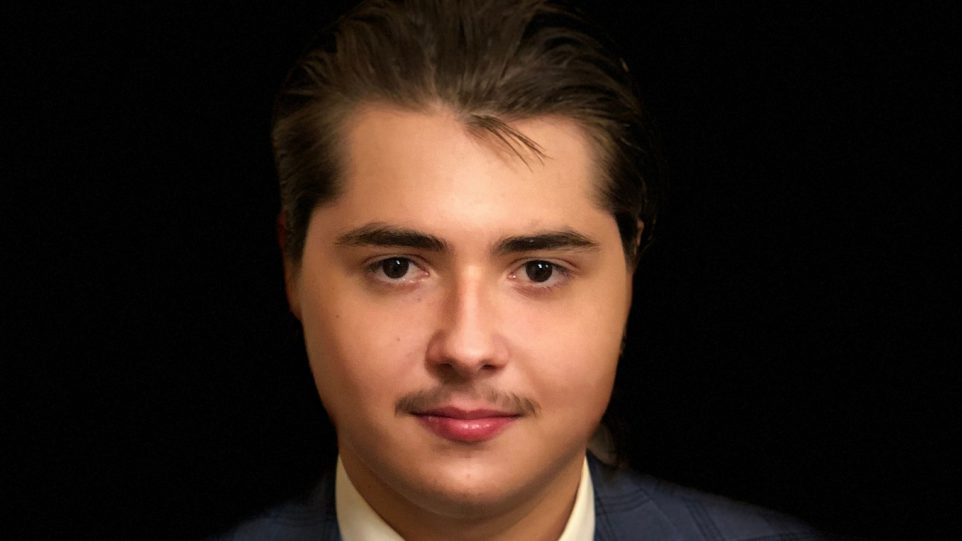 This weekend is a rarity for Introductions: a countertenor. 17-year-old Volodymyr Lymar is a senior at the Chicago High School for the Arts, and a student of Eric Miranda and Anna Kreynina. Volodymyr will sing music by Henry Purcell, Nicola Porpora and Christoph Willibald Gluck; a Ukrainian folk song; and something by the Ukrainian-US-Puerto Rican composer Jack Delano. Thanks to Dr David Schrader for playing harpsichord and piano, and thanks to the Music Institute of Chicago for allowing us to record in Nichols Concert Hall.

Volodymyr Lymar is active in the Chicago High School for the Arts’ chamber choir and has participated in many IHSA completions and ILMEA festivals; often bringing back state titles. He also volunteers as cantor and and is an essential member of the choir at St Volodymyr Ukrainian Orthodox Cathedral, located in Chicago’s Ukrainian Village. He sings different styles of classical music, and has composed a few pieces for the choir to sing during Divine Liturgies.

Volodymyr enjoys discovering music from the Baroque and Classical eras. Some of his favorite composers include George Frideric Handel, Nicola Porpora, Johann Adolf Hasse, and Carl Philip Emanuel Bach. During his free time, he also enjoys playing piano and recorder, working out, and composing.

Notable performances include winning first place in the 2018 Unity Temple Music Scholarship Competition and 2019 “Talent of the Ukrainian Diaspora” contest, resulting in an opportunity to study with very special voice teachers. He studies with Eric Miranda and Anna Kreynina. With both of their help, Volodymyr has been able to develop and build his countertenor voice and truly understand the beauty of it.

Henry Purcell: Music for a While