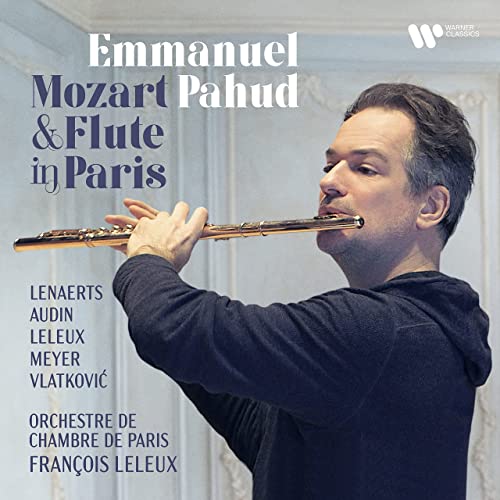 This double album brings together nine captivating works, all with their origins in Paris, which feature a solo flute. Emmanuel Pahud is joined by his colleagues from Les Vents Français – oboist François Leleux (here also conducting the Paris Chamber Orchestra), clarinetist Paul Meyer, bassoonist Gilbert Audin, and horn-player Radovan Vlatković – and by Belgian harpist Anneleen Lenaerts. “The pieces on this album represent different golden ages of the flute,” says Pahud. The earliest, dating from 1778, are two works that Mozart wrote on his third and final visit to Paris, at a time when the flute was a fashionable instrument in the homes of the aristocracy and bourgeoisie. The newest, premiered in 2014 by Pahud, is Dreamtime by Philippe Hersant, which evokes the creation story of the Australian Aboriginal culture.