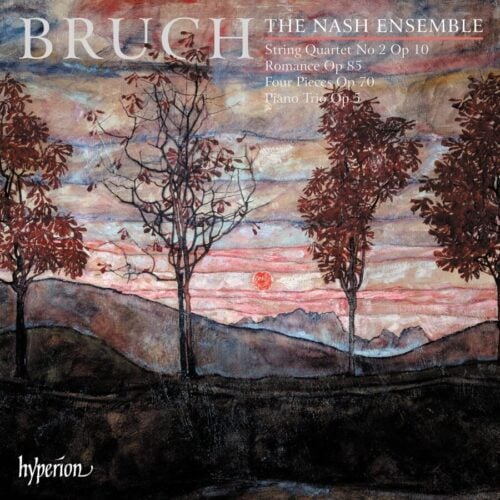 The Nash Ensemble, Resident Chamber Ensemble at London’s Wigmore Hall, is regarded as a standard-bearer of British music-making, and has been acclaimed by The Independent as a “chamber music group beyond compare.” Max Bruch wrote beautiful chamber music but it was concentrated in two periods, at the beginning and end of his career. In between came the concertos, the orchestral music, and the large-scale choral works that he thought would ensure his immortality. With a program of chamber works drawn from both ends of Bruch’s long life, members of the Nash Ensemble once more reveal a neglected side of the composer’s output.