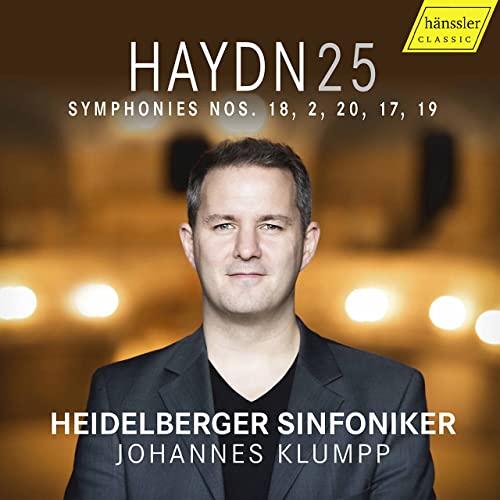 The Heidelberg Symphony Orchestra named conductor Johannes Klumpp as their Artistic Director last season. He follows in the footsteps of founder Thomas Fey, who established the ensemble as one of the leading historically-informed orchestras for the Classical and early Romantic periods. In a continuation of their survey of Haydn’s complete symphonies, the orchestra plays five early works. Klumpp says, “We invite you to get to know Haydn through his originality, to observe him, and take him to your hearts. His early music is scarcely ever played; even well-informed insiders among our colleagues are almost completely ignorant of it. We ourselves regard each of the recorded symphonies as a discovery that brings us real pleasure!”