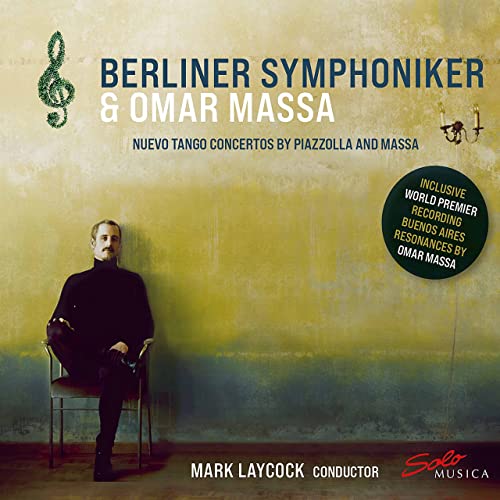 Omar Massa is a bandoneon player, composer, and arranger from Buenos Aires, based in Europe since 2016. Regarded by critics as an expert on Astor Piazzolla’s music – whose work he has interpreted from the age of six – Massa has often been the connecting bridge between classical music and Argentine tango music. He has recorded with the Berlin Symphony Orchestra and conductor Mark Laycock an album of “Nuevo Tango Concertos.” With Massa as soloist, the recording contains the Piazzolla Concerto as well as Massa’s Concerto and two of his new compositions for bandoneon and orchestra.