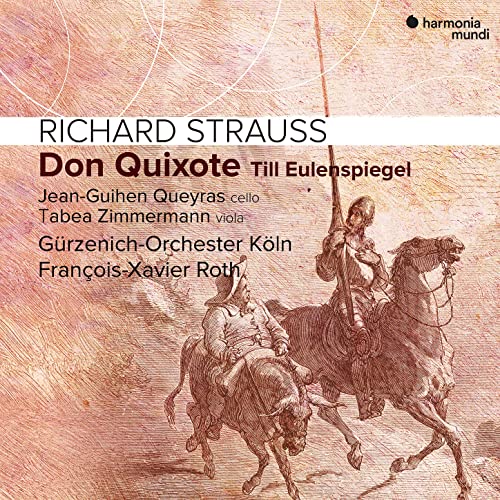 After two memorable recordings devoted to Mahler’s Third and Fifth symphonies, François-Xavier Roth continues his exploration of the major works premiered by the Gürzenich Orchestra. In the spotlight this time are two of the young Richard Strauss’s most brilliant achievements: Till Eulenspiegel and Don Quixote. In the latter, a symphonic poem in the guise of a double concerto, Jean-Guihen Queyras and Tabea Zimmermann form a picaresque duo playing the Knight of the Doleful Countenance and his squire Sancho Panza.