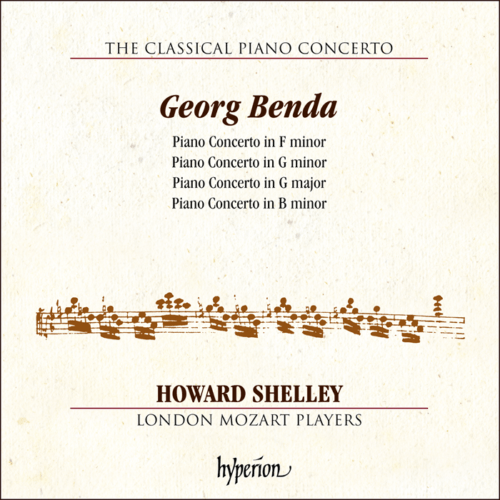 Of the same generation as Mozart’s father and Bach’s children, Georg Anton Benda was highly regarded in his day (not least by Mozart himself). Along with Carl Philipp Emanuel Bach and Johann Stamitz, Benda was responsible for building the bridge between the Baroque and Classical periods of music. Pianist Howard Shelley brings his customary probing, intelligent musicianship to this selection of four concertos from the early Classical period.