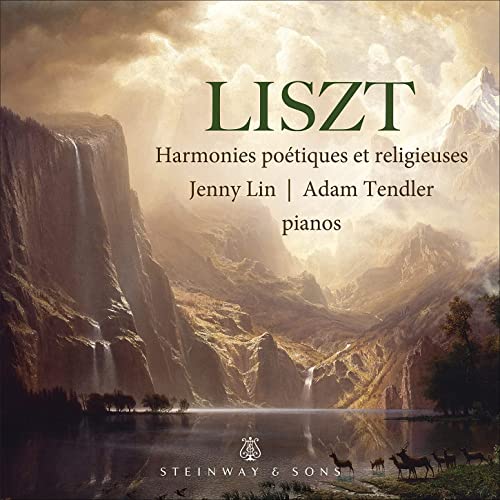 Performed here by pianists Jenny Lin and Adam Tendler, Franz Liszt’s rarely heard Harmonies poétiques et religieuses is one of his most personal and confessional piano cycles. Lin and Tendler alternate movements of this monumental work. “Few performers are willing to take on not only its daunting scale but also its grueling restraint – a cohesion held together in a delicate tension of wild Romanticism and controlled transparency. Mr. Tendler and Ms. Lin aren’t typically associated with Liszt, or 19th century music at all. But, to them, that’s part of the fun. It didn’t take long for them to see just how modern Harmonies poétiques et religieuses can be.” (New York Times)