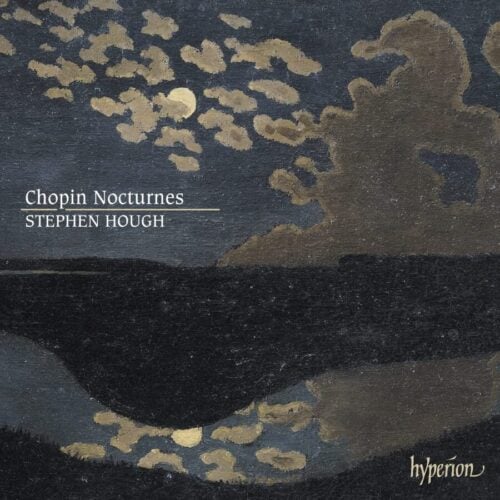 Across Great Britain and Europe in the first half of the nineteenth century, the title “nocturne” was most commonly attached to a kind of vocal piece, most often a duet, performed among family or friends to enliven an evening gathering (hence the name). When the title appeared on works for solo piano (John Field, an Irish composer resident in Russia, probably started this practice around 1811), little changed generically: piano nocturnes were no less “songs” for lacking words. Stephen Hough has recorded Chopin’s complete Nocturnes and he describes them as “some of the finest operatic arias ever written.”