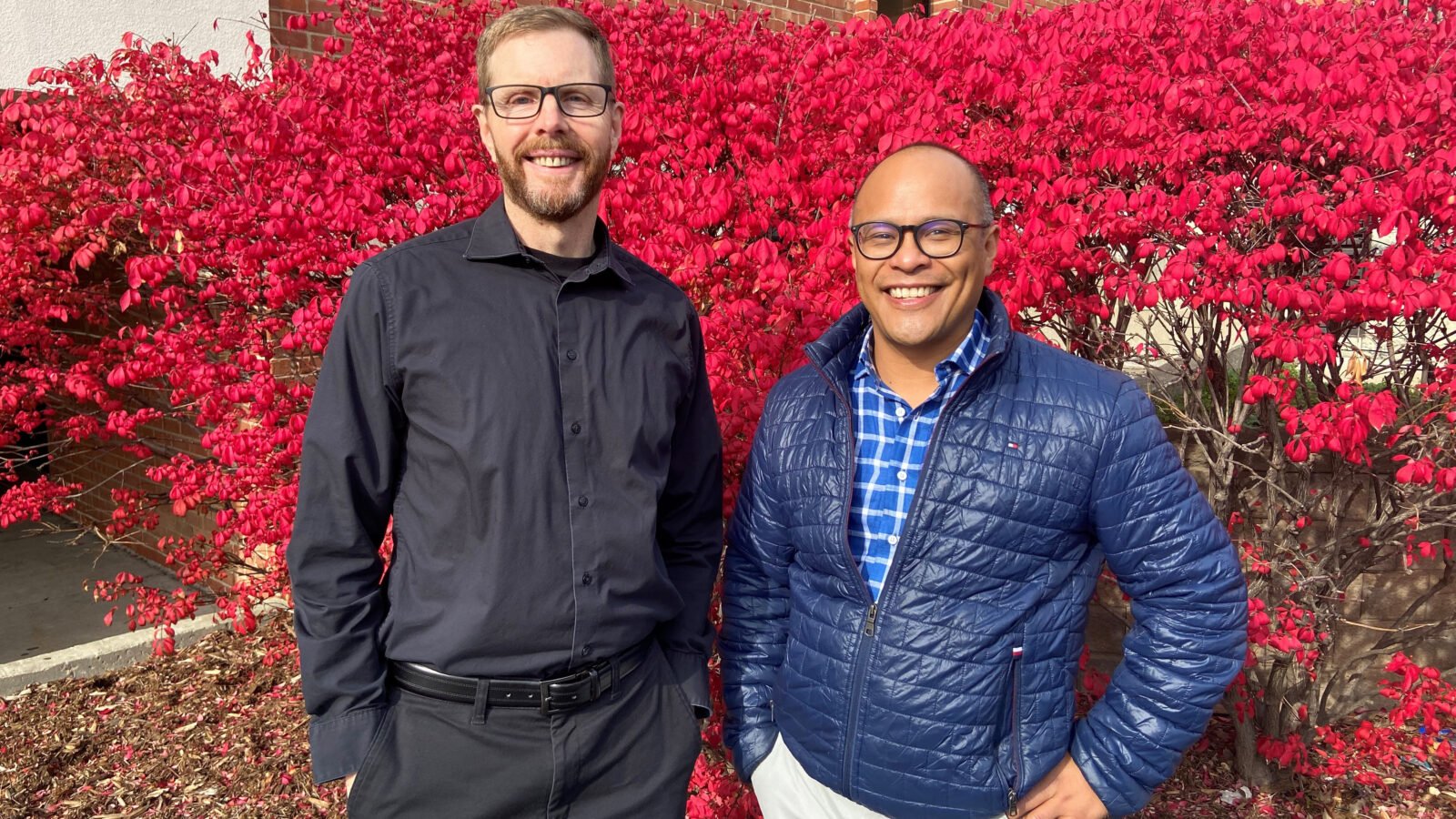 This month marks WFMT’s 70th anniversary. Naturally, it’s a time that engenders retrospection, whether that means remembering Dmitri Shostakovich’s visit to the station in the 1970s, when WFMT became the first station in the world to broadcast a CD, or Studs Terkel’s legendary 45-year run on air.

And WFMT is also looking forward, with the addition of new voices to the hosting team as well as Oliver Camacho’s appointment as the new music director. With general manager George Preston, Camacho is working to evolve the music, celebrate unheralded and underrepresented artists and composers, and create a welcoming on-ramp for new listeners.

As we approach this celebratory and evolutionary moment, we sat down with George Preston and Oliver Camacho to discuss the 70th anniversary festivities and how they plan to kickstart the next seventy years of WFMT.

WFMT: WFMT’s 70th anniversary will be marked with a “Day of Celebration” on Monday, December 13. 70 years is a lot of time to encapsulate into one day of programming. Tell us about how you approached putting the day together.

George Preston: Part of it was highlighting the important institutional relationships that WFMT has. And of course, we wanted a good mix of performances. We’ve got two string quartets, a piano trio; two singers from Ryan Opera Center. We have the Music of the Baroque chorus in a smaller configuration than usual; Anne Harris, a wonderful folk crossover violinist. Plus a wind quintet from the Chicago Sinfonietta. We wanted to make sure that the repertoire for the day reflects a rich mix of different creators.

WFMT: How does this anniversary fit into the ongoing work of the station?

Oliver Camacho: Thinking about legacy and traditions, this anniversary coincides with our taking a look at the library and deciding which are the pieces we want to make sure we are centering. Removing old-fashioned interpretations and making sure that we hold on to the historical performances that are categorically agreed upon as a master interpretation. Part of that is asking, “Who are the new artists who are coming through?” And of course, “Who are the new composers who we are adding to that mix?”

The 70th anniversary also coincides with an exciting time for our host team. We have the anchors of our veteran hosts, and we also have new paths of programming that are happening because of collaborations with LaRob K. Rafael, Kristina Lynn, and Robbie Ellis.

Preston: I think this moment also sees us challenging ourselves as programmers to really listen to the music we are putting on the radio with fresh ears and think to ourselves, “What are the most exciting things that we can put in the mix?” I think that new audiences for classical music do not necessarily know what the most famous pieces are in the same way that folks did 30 and 40 years ago.

And so, in a way, we have a great opportunity to put music on the air that just sounds wonderful and resonates emotionally with people whether it is famous or not. What we hear from our listeners very consistently is that they love the wide variety of the music that we play. We are hearing from people that they really appreciate the mix they are hearing, that they are understanding in a new way that classical music is a living and evolving artform.

Camacho: I am also really trying to emphasize the local ties of our music. This month, we’ll play the Messiah, starring a soprano who is a homegrown baroque diva who now has a thriving international career. And Robbie is doing a Chicago Musical Pathways Initiative show on Introductions, and then we’ll play Christmas From DePaul for the first time.

WFMT: Why do you think this work is especially important today?

Preston: A lot of the problems facing the world are extremely daunting, and the resolution of these problems is not clear. But one thing we can do to help is make sure that the world has easy access to great music and great art, whether it is for reassurance, solace, inspiration, or beauty. People have always turned to art to find their way through dark places.

WFMT: Finally, how do you feel now, as we approach this exciting celebration?

Preston: Right now, I am grateful for the amazing team that we have at WFMT for all the work they put in and for the long legacy we have at WFMT of respecting listeners and presenting a broad range of music. I am more excited than ever to be working in classical music than I have ever been.

This interview has been condensed and edited for clarity.