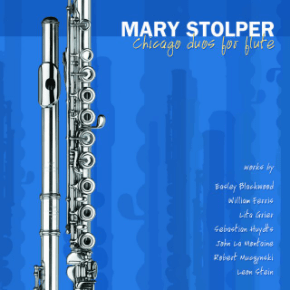 Mary Stolper is a frequent soloist and chamber music performer who has made guest appearances throughout the United States and Europe. She is Principal Flute of the Grant Park Orchestra, Chicago Opera Theater, Music of the Baroque, and the new music ensemble Fulcrum Point. As an active studio musician, she has also played for hundreds of TV and radio commercials.

Corky Siegel is known internationally as one of the great blues harmonica players, blues pianist, singer and writer of unusual songs, a Chamber Blues progenitor, and a pioneering composer of award-winning works that weave blues and classical forms together. American violinist Sophia Stoyanovich has captivated audiences since her premiere at age ten with the Bremerton Symphony. She has performed across North America, Europe, and Asia. Derek Wang is a New York-based pianist and communicator who is guided by the value of committed listening across musical and social spaces. He is currently pursuing a Master of Music degree at the Juilliard School. 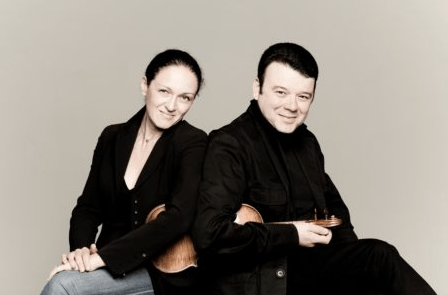 Violinist Vadim Gluzman and pianist Angela Yoffe have combined their music talents for decades as performers, educators, and concert presenters. The husband and wife duo splits their time between Chicago and Tel Aviv. Every summer, Gluzman and Yoffe produce the North Shore Chamber Music Festival in Northbrook.

Suite in the Old Style by Alfred Schnittke

Sybarite5 is dazzling audiences around the world with their luxurious sound and unexpected programming. The string quintet’s eclectic repertoire and dynamic performance style have earned the ensemble great acclaim. The group made their WFMT debut in January 2013.