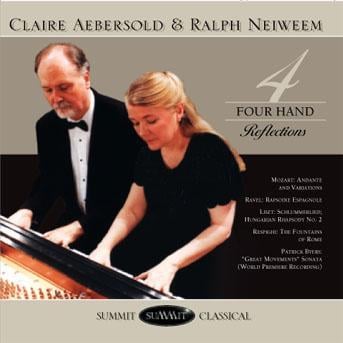 Claire Aebersold and Ralph Neiweem enjoy an international career as proponents of music for both piano duet and two keyboards. On Four Hand Reflections, the duo presents a selection of some of their favorite original and transcribed works, featuring the world-premiere recording of a sonata by Patrick Byers along with music by Mozart, Ravel, Liszt, and Respighi.

Hungarian Rhapsody No. 2 in C-sharp minor by Franz Liszt 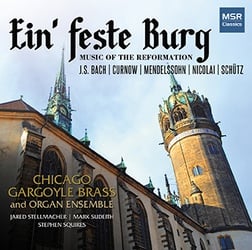 Well into its third decade, the Chicago Gargoyle Brass and Organ Ensemble maintains its position at the cutting edge of music for brass and organ, commissioning and performing new arrangements and compositions. The ensemble’s album Ein’ feste Burg follows the development of the Lutheran hymn through the centuries up to the present day.

Indian-American violinist Maya Anjali Buchanan is an award-winning soloist, performing on three continents and garnering international acclaim. She currently attends the Curtis Institute of Music. Milana Pavchinskaya was born in Odessa, Ukraine. She now frequently appears as a chamber musician and collaborative pianist throughout the Chicago area and is on the faculty of the Music Institute of Chicago.