Recognized as one of Chicago’s finest chamber music groups, the Orion Ensemble has been performing since 1992. With the possibilities inherent in its unique combination of instruments—piano, string trio, and clarinet—Orion offers exciting interpretations of standard repertoire, introduces audiences to rarely performed masterpieces, and inspires composers with commissions for new works. 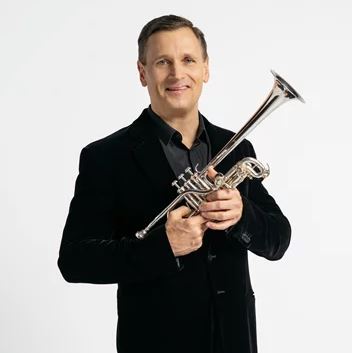 John Hagstrom joined the Chicago Symphony Orchestra as fourth trumpet in 1996. A year later, he won the Orchestra’s second trumpet position. A native Chicagoan, Hagstrom grew up listening to the CSO. He studied at the Eastman School of Music and for six years was a member of “The President’s Own” United States Marine Band, where he spent three of those years as principal trumpet.

Kina Ono is an enthusiastic violinist and educator in the Chicago area. She is currently performing with the Civic Orchestra of Chicago, Illinois Symphony Orchestra, Madison Symphony, and the Peoria Symphony Orchestra. Praised by the Chicago Tribune as a “highly personable, exceptionally talented pianist,” Élider DiPaula is a Brazilian musician, composer, and teacher.

St. Charles Singers, founded in 1984, is a cadre of professional musicians who perform under the direction of Jeff Hunt. Recognized for their sublime interpretations of choral classics, the singers strive for excellence in every performance and demonstrate a sincere desire to create beauty and connect with their audience.

Since its formation in 1997, the Grammy-nominated Imani Winds has established itself as one of America’s premier wind quintets. Kerry Frumkin welcomed the five musicians to the WFMT studios in 2013.