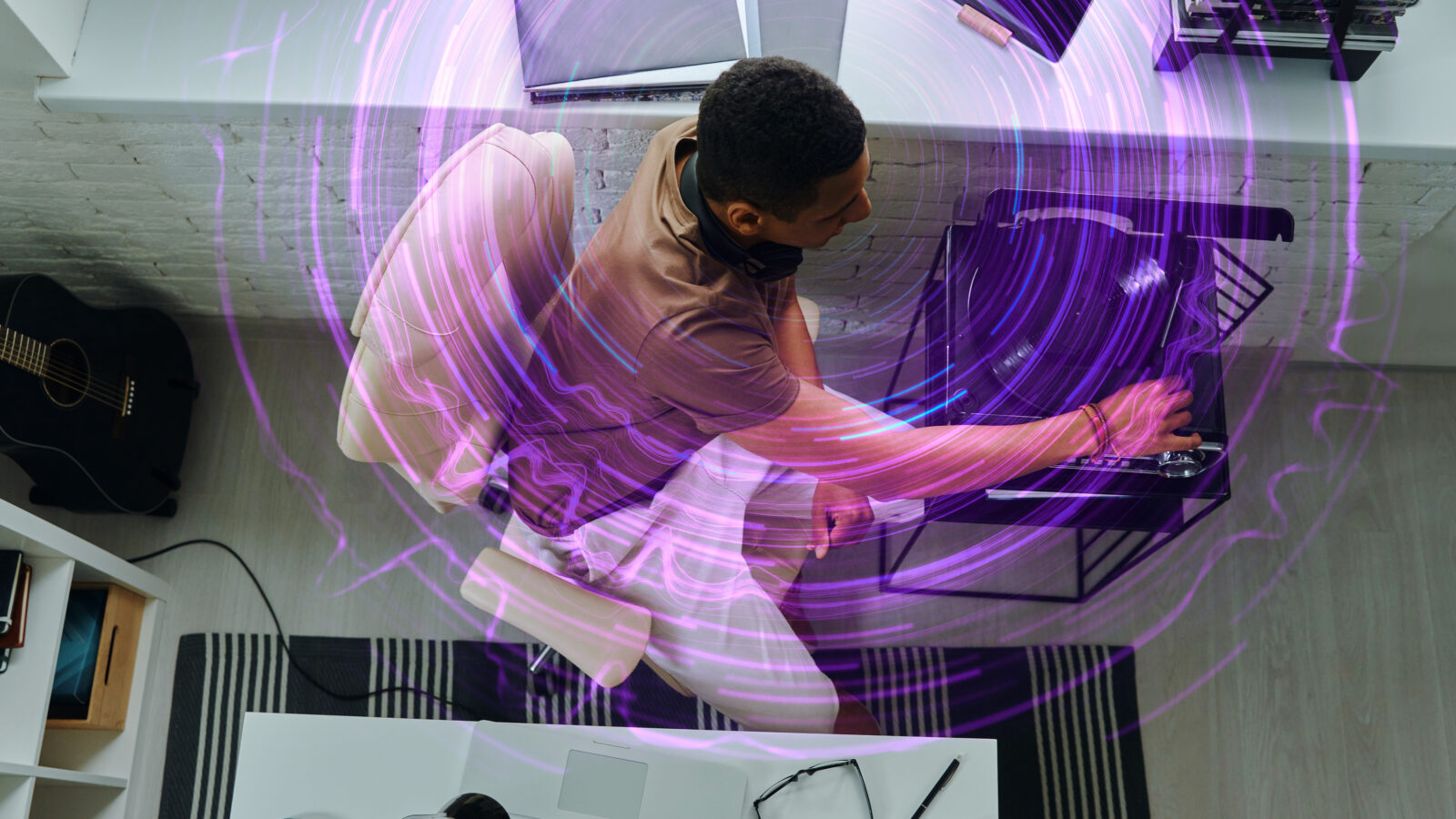 The orchestra begins. To your right, you can hear the cellos and basses, straight ahead you hear violas, winds, and percussion. Then, on the left, you hear the violins. Behind and above you you hear the waves of sound reflecting through the room. You open your eyes. You’re not in a concert hall, you’re in your living room. You’ve just experienced the immersive technology of spatial audio.

Professional musicians are constantly evolving their craft. And so are the engineers and technicians recording and producing their music. Surround sound has long been a player in film and music, but new developments in the field of spatial audio can benefit artists and audiences for a fraction of the price.

But what is the difference between all these audio formats?

The vast majority of audio people experience today is in stereo. Stereo produces a field of sound that extends 60 degrees from left to right in front of a listener when two full range speakers are used, or in the listener’s ears when headphones are used.

From the engineer’s perspective, the recorded audio can be sent to two different channels. Audio will either play from the left, right, or some combination of both speakers. This gives the engineer the ability to create some depth within the music for the listener.

Beyond simple stereo, engineers have created more channels within the recording process. This way, a listener can utilize additional speakers which can unlock new facets to the listening experience. 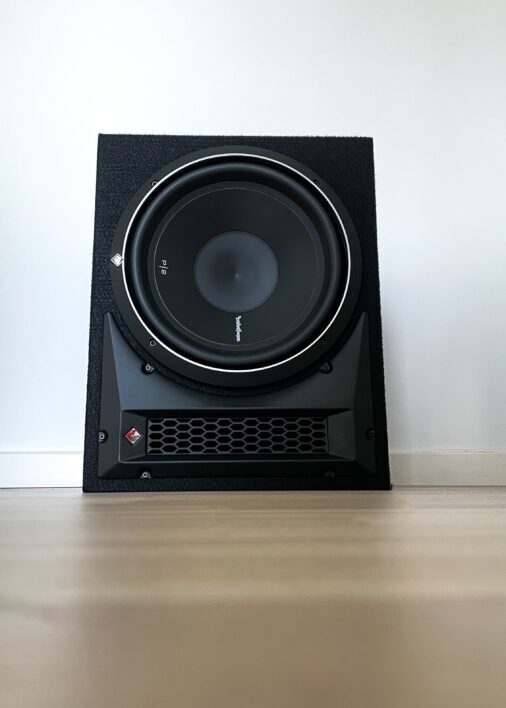 For example, a 2.1 format includes two speakers and one lower-range speaker (a subwoofer; that’s the “.1”) The sound is still in front of the listener but an engineer has the ability to create more depth with the use of the subwoofer.

But the surround sound best known to many is the 5.1 layout, meaning an array of five speakers and a subwoofer that surround the listener. With this format, a 360-degree field of sound is created for the listener. There are different configurations and ways of positioning the speakers that allow sounds to travel within a space.

With this arrangement, engineers are able to choose from the five separate channels for audio to be played back from. But some drawbacks of the 5.1 format are that it can be expensive to outfit for the everyday listener and also requires a lot of space for the speakers. Critically, also, sounds are also mostly on the same level, meaning that depending on where the speaker is placed, it will only emit sound from that height. Sound takes on a horizontal dimension only.

The emerging new technology of spatial audio, also known as object-based surround sound, has the potential for a much more of an immersive listening experience for listeners. Although terminology is still inconsistent between companies, products like DTS:X, AURO-3D, and Dolby Atmos have all brought spatial audio technology to listeners all over the world. At the moment, Atmos is the standout in this part of the industry, and the product has an ongoing collaboration with Apple. But it’s also worth noting that Apple has its own proprietary take on spatial audio. The tech giant’s solution differs in several key ways, and can actually be used in conjunction with Dolby Atmos.

So what is spatial audio, and how is it different from traditional surround sound?

Simply put, the spatial format adds another dimension to listening. Instead of being limited to one, 2D horizontal band (based on the height of the speaker placement), with spatial audio, engineers are able to place sounds in a 3D world. Dolby Atmos, for instance, works with the digital audio workstation and does not limit the engineer to the use of channels. Instead, it uses object-based sound, where each source is assigned a place from which to deliver its sound rather than a single fixed channel. By bouncing audio off of ceilings, a track can be heard from every direction and height, which also allows sound to transition smoothly around the room.

Spatial audio is dependent on the recording engineer and tied to the delivery method. The audio must be recorded or remastered in the Dolby Atmos feature, and the playback method must be able to support it.

If you have the capability for it, the feature is available on some music streaming services like Apple, Amazon, and Tidal (a rumored Spotify HiFi subscription tier may end up having this capability too…). On the visual side, Netflix and Prime Video currently offer some titles in Dolby Atmos. These platforms are able to decode spatial audio and play back the correct mix to a listener.

And the setup is not necessarily as involved as you might think. Of course, as with any audio question, you can spend a fortune on your array. But a piece of equipment you probably already have is all that is needed to foray into immersive spatial listening.

All headphones are able to support spatial audio. With headphones, the spatial audio mix is converted to a supported format that uses directional filters and adjusted frequencies to mimic a 3D space. The Dolby Atmos website hosts an interactive demo that lets any headphone user visualize the sound as you toggle between spatial and stereo mixes of songs like Marvin Gaye’s “What’s Going On?” Switching back and forth between these two modes, the effect is almost uncanny. Below is a Sony-produced demonstration.

Unfortunately, this plug-and-play capability is not present in Hi-Fi setups. Whether it’s the speaker or receiver, the equipment must be outfitted with a spatial audio decoding technology.

If you love your existing setup, you can upgrade the receiver. And you might not have to add any speakers; some spatial audio standards need as little as a simple 2.1 channel setup!

Meanwhile, spatial audio enabled speakers and soundbars are starting to gain prominence. Standing alone (without a discrete receiver), the speaker must be equipped with decoding technology like Dolby Atmos. It is only within the last few years that speakers have started to be produced with this capability. In order to ensure a true immersive experience, these speakers have the ability to analyze the layout and acoustics of any room and adjust frequencies when necessary. 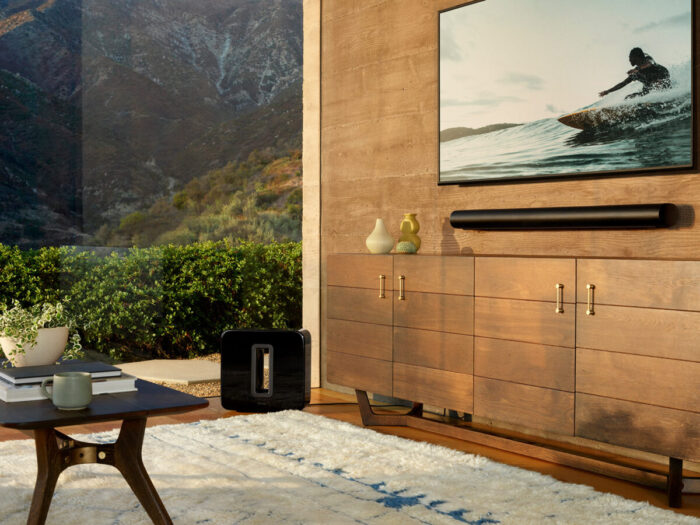 This format is giving a new dimension to all music genres, but classical music, in particular, can reap its rewards. Musicians and engineers have the capability to create a sculptural experience for listeners in an artificial musical space. Certain instrumentation can be heard more clearly, it offers a wider dynamic range, as well as increasing the liveliness of the recording. And from the comfort of their homes, listeners are able to experience a more accurate reproduction of the concert hall experience.

Jonathan Allen is an audio engineer at the famed Abbey Road Studios who has worked with artists like Sheku and Isata Kanneh-Mason, Andrea Bocelli, and Brian Wilson in both spatial audio and surround sound formats. Allen spoke with WFMT to give insight into spatial audio and Dolby Atmos. 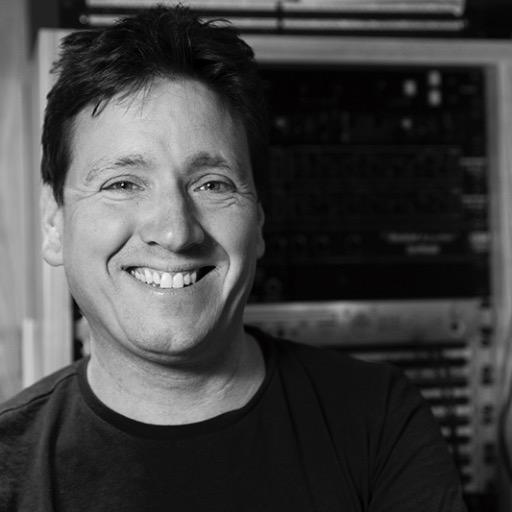 Allen tells us that, while the recording process is straightforward, the editing of the music is where spatial audio comes in. A spatial audio mixing process, Allen says, unlocks a more collaborative process between artists, producers, and engineers. Instead of choosing a single channel for sound to come from, these stakeholders can work together to determine where to project the sound to, whether to recreate a particular concert hall or just for effect!

“I tend to come from the philosophy that I don’t want people to hear my work,” Allen reflects, “I want them to hear the music. So, the sound we choose is about us to be correct for the musical experience you’re after. Not just me, obviously, it’s the artists first and foremost and what they’re wanting to put across.”

Allen explains that as an engineer, adding certain elements to the mix can risk the authenticity of the recording. “Our job is to get the mix so detailed. Particularly [as a listener] in Atmos, that you forget about technology and you are just drawn further into this amazing artist, this wonderful performances that they bring. [As an engineer,] our job is not to be seen or heard. Our job is to make them seen and heard, magnificently.”

An album Allen has recently worked on in Dolby Atmos is Miloš Karadaglić’s, The Moon & The Forest. 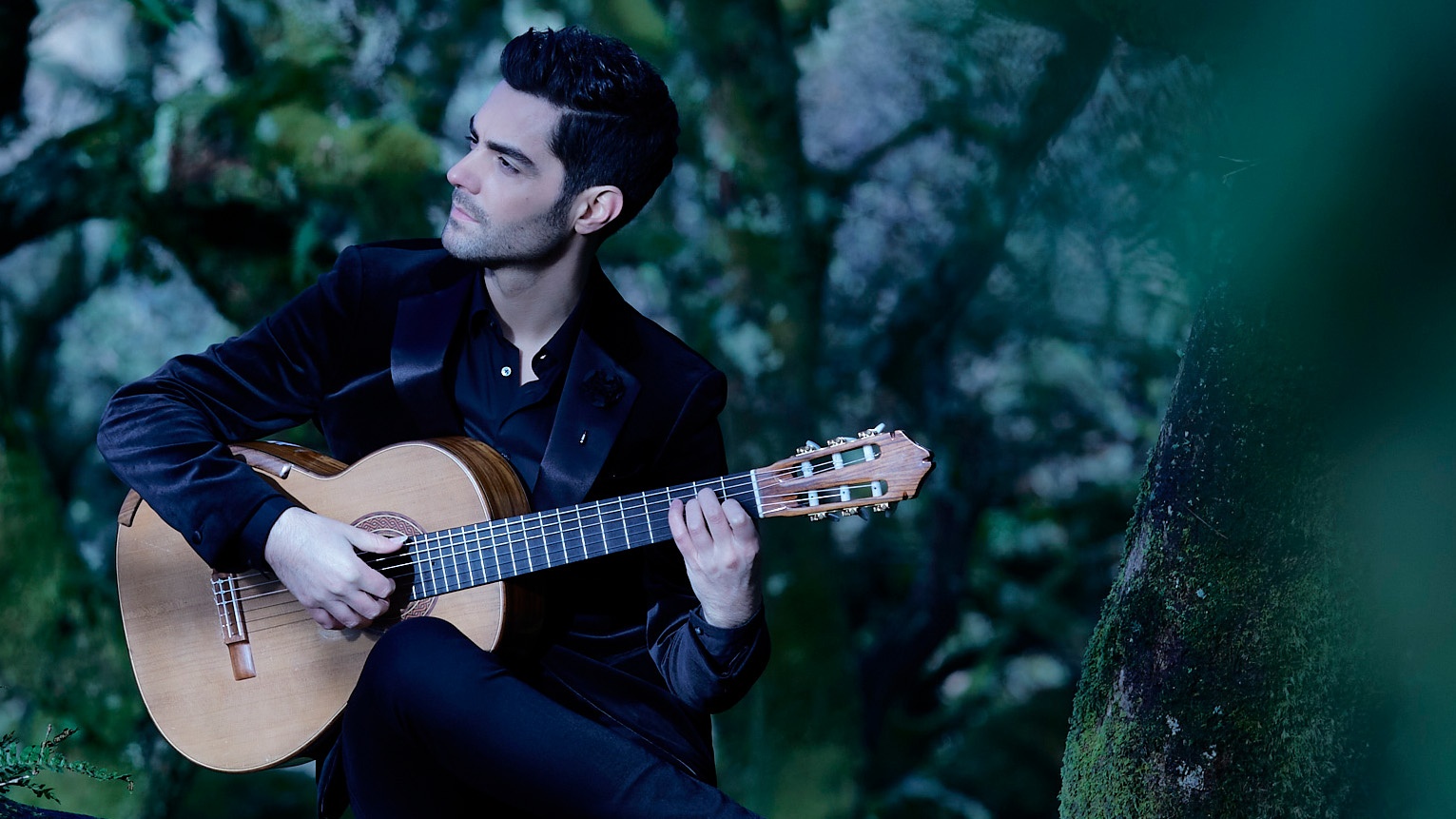 “It has an energy and [spatial audio] expands the energy of music. Done welI, I think Atmos can really sell the energy of the music and performers to a different level… it should not be confusing, it should always serve the music.”

With Dolby Atmos, Allen is excited to see operas and ballets recorded in this format. He feels these works in particular can bring the listener right to the concert hall. And with the addition of video, it can really be a true immersive experience for viewers.

14 Chicago Film Fest Screenings Music Lovers Won't Want To Miss
Earth Day 2020: Stacy Garrop's 'Terra Nostra'
How To Choose the Best Speakers to Listen to WFMT (and All Your Favorite Music!)
Grammys 2022: See All the Classical+ Nominees (And Winners)
Playlist: 13 Horror Movie Soundtracks You Should Know
Mason Bates Takes Us Inside the Orchestra, Literally, In New Concerto, Film ‘Philharmonia Fantastique’