Trio Settecento’s passionate and authoritative interpretations renew the pleasures of hearing beloved music from the Age of Enlightenment while also revealing the delights of new discoveries. Imagination, vigor, technical polish, and historical insight have made the Trio’s performances appealing to audiences and critics alike.

Ayres for the Theatre by Henry Purcell

Founded in 2011, Civitas is a chamber music ensemble with a threefold mission: to present engaging live performances of new and traditional works; to inspire a young generation of classical musicians; and to bring the healing power of music to those with limited access to live performances.

Hungarian Rhapsody No. 8 by David Popper

Guilherme Andreas is a flutist, educator, singer, and music director. He has been an active performer throughout the United States and is currently based in New York. French pianist Matthieu Cognet is a soloist and sought-after chamber player who has appeared in major venues and festivals in Europe and the U.S. 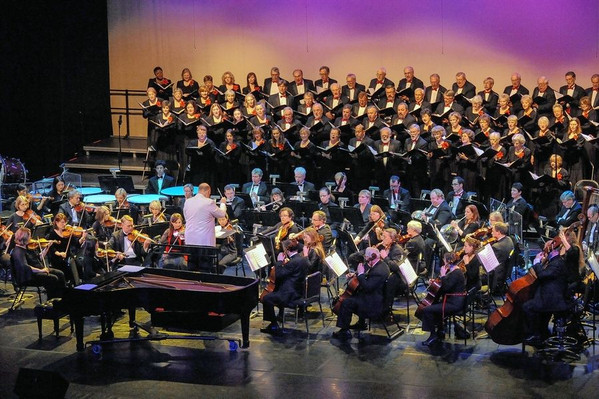 In 1984, Music Director Jeffrey Hunt founded the St. Charles Singers as a chamber choir. The ensemble has a performance history of nearly 700 works ranging from Baroque oratorios, masses of Mozart and Haydn to a cappella works from the 21st century. They frequently collaborate with the Elgin Symphony Orchestra. The Chicago-based string ensemble Cuerdas Clásicas was founded in 1976 by Rodolfo Hernandez to promote and develop folkloric Latin American music. They visited the WFMT studios in 2005 for a live performance.