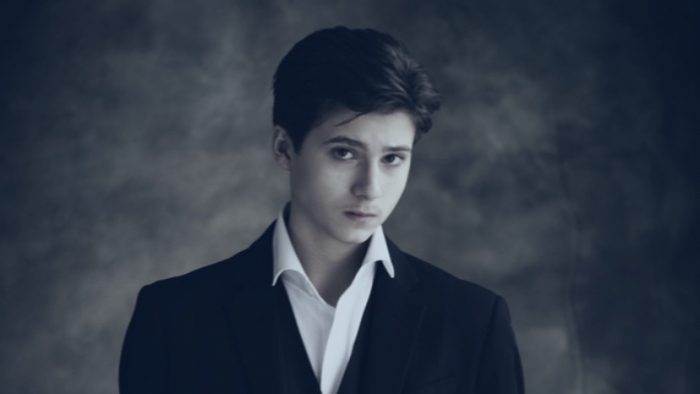 In this week’s Introductions, pianist and film-maker Daniel Mies Nass of Glenview presents a recital of Beethoven, Chopin, Schumann, Liszt and Debussy. Thanks to the Music Institute of Chicago for allowing us to record in Nichols Concert Hall. Daniel Mies Nass, aged 17, graduated early from Glenbrook South High School in January 2021. He began studying piano at the age ...

This weekend on Introductions, we feature four long-time members of Chicago Youth Symphony Orchestras, all high school seniors, recorded in CYSO’s Curtiss Hall in the Fine Arts Building. We feature music by Johannes Brahms, Max Bruch, Henri Rabaud, Heinrich Sutermeister and Emmanuel Séjourné for clarinet, marimba, viola, and cello. Additionally, the four seniors look back at their favorite moments of ... 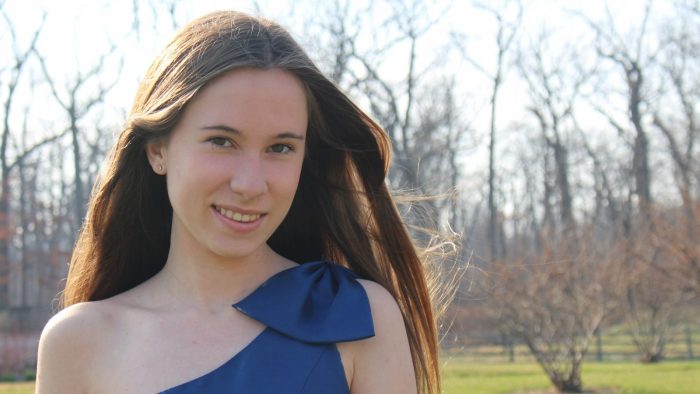 This Saturday, Introductions welcomes pianist Eva Sharman of Lake Bluff, Illinois. A student of Tatyana Stepanova at Midwest Young Artists Conservatory, she presents music by Bach, Rachmaninoff, Mendelssohn, Chaminade, and Prokofiev. Thanks to the Music Institute of Chicago for allowing us to record in Nichols Concert Hall. Eva Sharman, 17, is a junior at Lake Forest High School. She currently ...

Today on Introductions, we have two chamber groups: the Omaggio String Quartet from the Music Institute of Chicago Academy, and the Purple Hippopotami Flute Trio from Merit School of Music, playing Kuhlau, Haydn, Debussy, Tomasi, Walker, Prokofiev, and Beeftink. Members of both groups have appeared on Introductions in the past. Thanks to ensemble members Elinor Detmer and Katherine Chen for ... 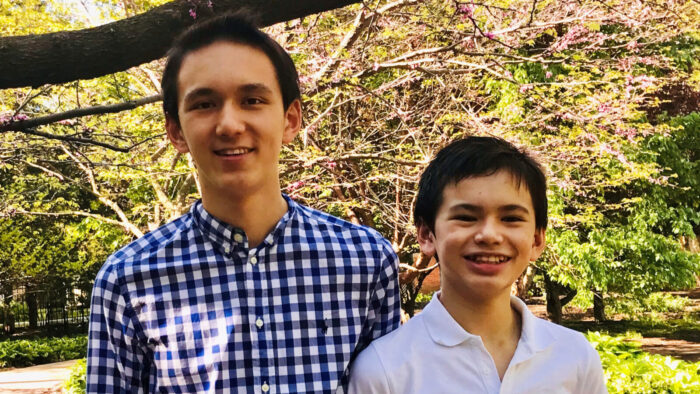 This Saturday’s recital is an unusual family affair: brothers Louis and Henry Auxenfans of Chicago’s South Loop neighborhood present a recital with five different instrumentations in one. Both attend the University of Chicago Laboratory Schools and have been longtime members of Chicago Youth Symphony Orchestras, moving up through the ranks of the orchestras since their elementary school days. Their recital ... 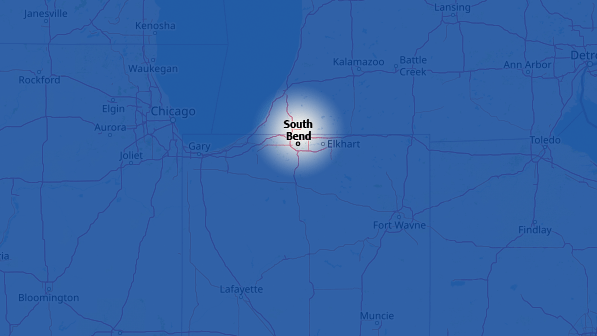 The Fischoff National Chamber Music Competition is an annual fixture for chamber groups from the Chicago area. Every May, young musicians and their families drive out the Skyway to South Bend, Indiana to compete in one of the nation’s most prestigious music competitions. For the second year in a row, the Fischoff organization is running their event online due to ... 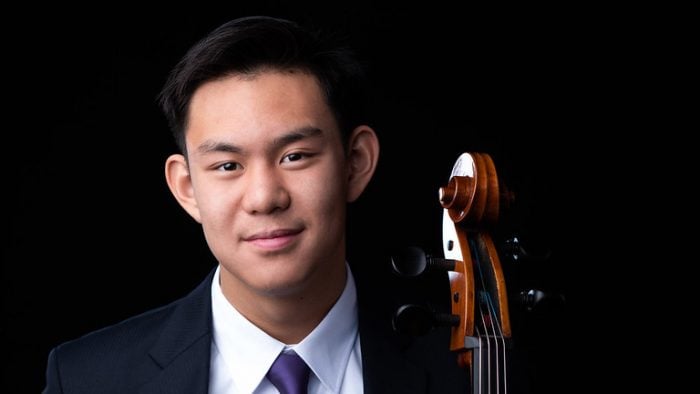 Today on the show we feature cellist Brandon Cheng of Chicago’s Douglass Park neighborhood, a senior at Walter Payton College Prep. After appearing on Introductions several times in orchestras and chamber groups, today’s episode highlights him in a solo recital of Classical, Romantic, and contemporary pieces. Brandon is joined by pianist Elizabeth Vaughan, and thank you to the Music Institute ... 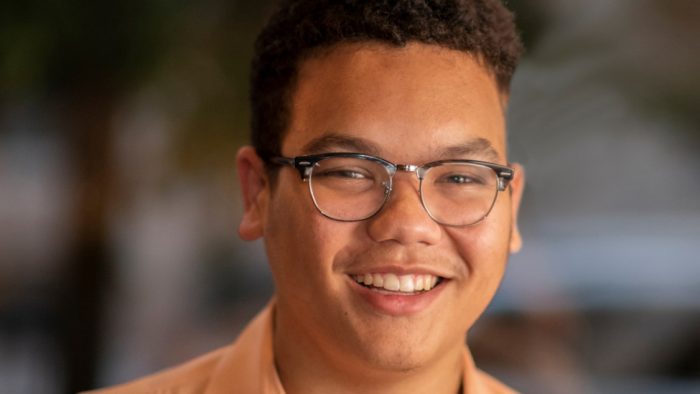 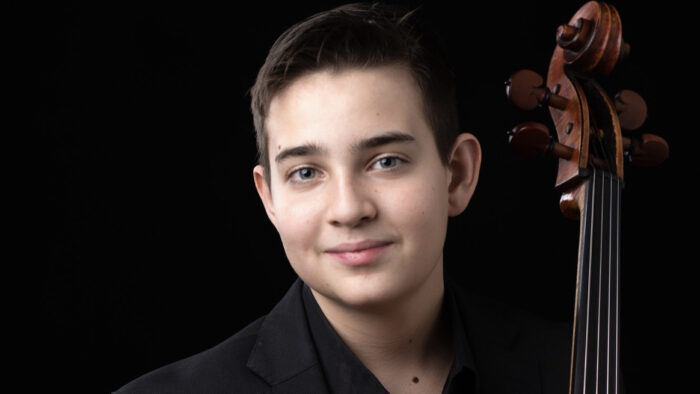 This Saturday we hear once again from Jan Vargas Nedvetsky, a 14-year-old cellist from Wilmette, a student of Horacio Contreras, and a Merit Scholarship Fellow at the Music Institute of Chicago Academy. He’s selected a program of classics by Bach, Bréval and Rimsky-Korsakov; as well as 20th-century Latin American works by Brouwer and Villa-Lobos. This program was first broadcast on ...

WFMT’s Spring Membership Drive takes place this morning. You can support original programming like Introductions and to keep our finest young local performers on the radio. Donate securely online at wfmt.com/donate. 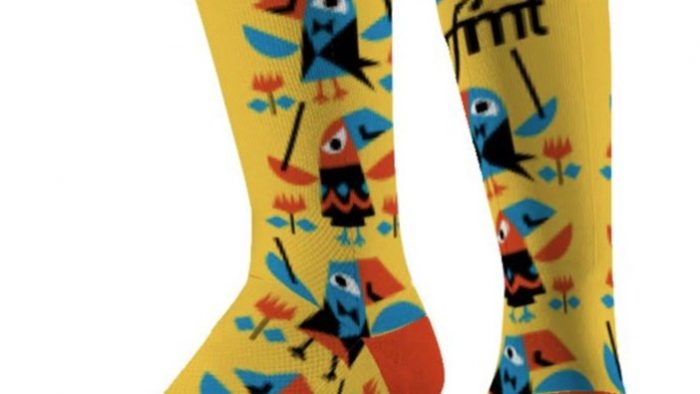 WFMT’s Spring Membership Drive takes place this morning. You can support original programming like Introductions and to keep our finest young local performers on the radio. Donate securely online at wfmt.com/donate. 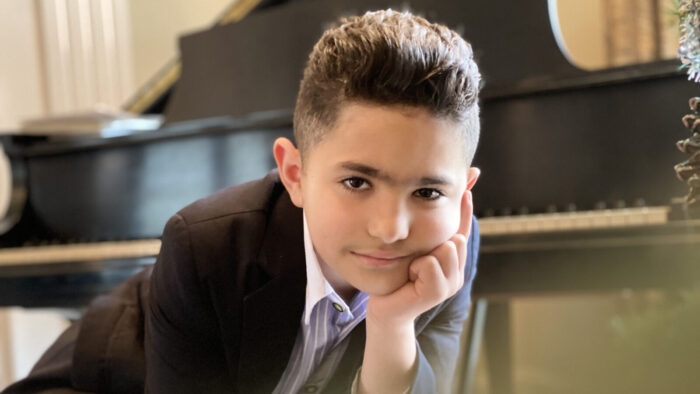 This Easter weekend we have a recital of classical favorites from 11-year-old pianist Sami Gershenhorn of Lake Forest. On this holiday program is music by Chopin’s Fantaisie-Impromptu; Bach’s Italian Concerto; Beethoven’s Tempest Sonata; and pieces by Rachmaninoff, Liszt, and Debussy. Sami Gershenhorn’s Introductions recital was first broadcast on December 26, 2020. Audio and more information are available on the original episode ... 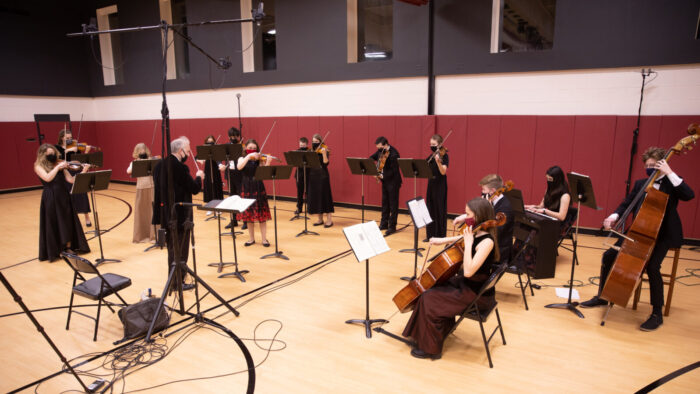 This week, two different music schools. The Camerata Chicago Academy is based in Wheaton, and their Senior Academy rehearsed and recorded their winter chamber orchestra concert in a socially distant manner. We also hear from the top two place-getters at the recent annual concerto competition from Chicago’s New Music School: Zarin Mehta playing Beethoven and Sami Gershenhorn playing Gershwin. Camerata ... 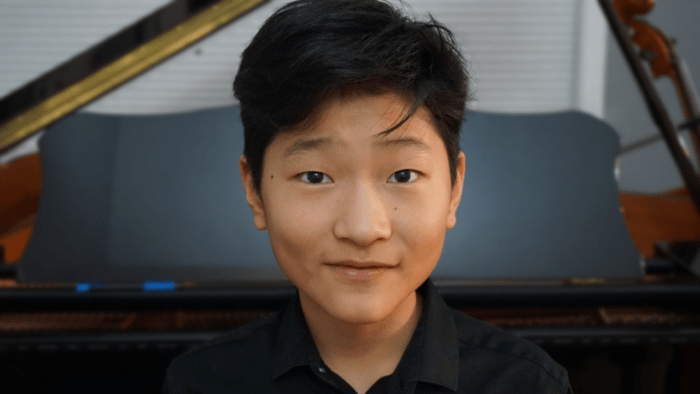 This week is all about the alto clef: 18-year-old Bella Kim of Buffalo Grove is a viola player who has chosen a diverse recital of Johann Sebastian Bach, Béla Bartók, local composer Augusta Read Thomas, and the recently rediscovered 1939 Sonatine of Ulysses Kay. Beilin Han joins her on piano. Thanks to the Music Institute of Chicago for allowing WFMT ... 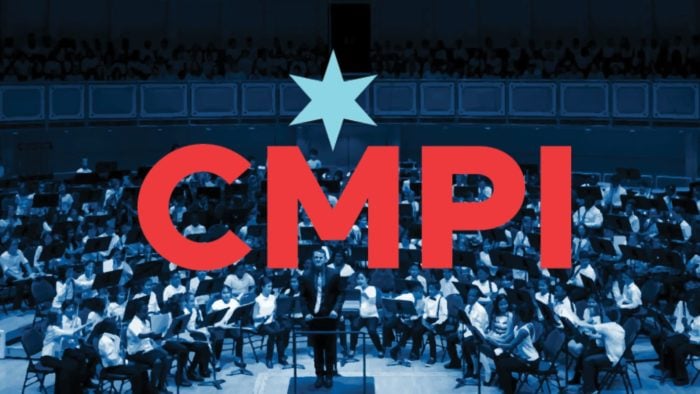 Today we hear from fellows of Chicago Musical Pathways Initiative. CMPI’s mission is to support high school orchestral musicians from underrepresented backgrounds, and give them development and support for acceptance into top-tier conservatory, college or university classical music programs in preparation for careers as professional musicians. CMPI’s eventual goal is to diversify the ranks of America’s professional orchestras, and is ... 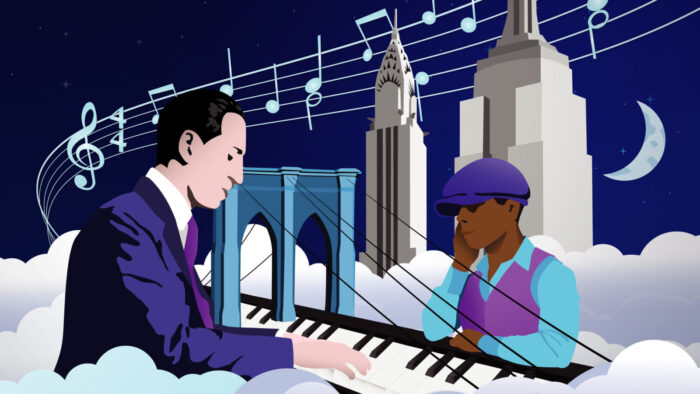 This week on Introductions, an entire brand new album! Chicago Youth Symphony Orchestras‘ flagship ensemble was chosen to be the first ever youth orchestra to record an album for Classical Kids Music Education. Classical Kids stages theatrical concert productions with actors and orchestras, telling stories of the lives and music of famous composers. Their latest production is Gershwin’s Magic Key, ... 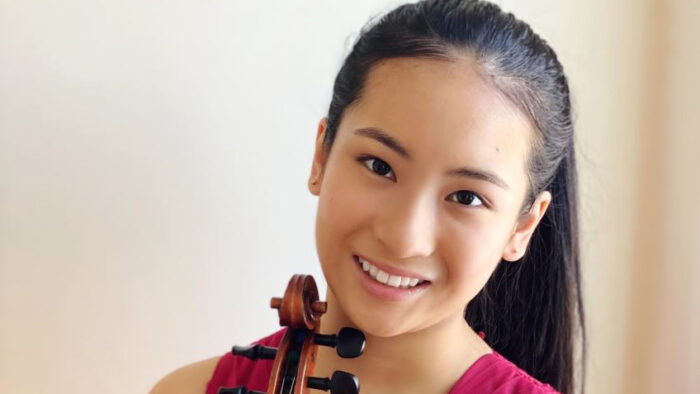 This week Introductions features violinist Ella Saputra of Schaumburg, a student of Desirée Ruhstrat. Ella is a member of Midwest Young Artists Conservatory and a fellow of Chicago Musical Pathways Initiative. Today she presents a recital of Johann Sebastian Bach, Ludwig van Beethoven, Jonathan Bailey Holland, and the complete Alexander Glazunov Violin Concerto. Thank you to pianist Beilin Han, and ...

This Saturday’s recital is an unusual family affair: brothers Louis and Henry Auxenfans of Chicago’s South Loop neighborhood present a recital with five different instrumentations in one. Both attend the University of Chicago Laboratory Schools and have been longtime members of Chicago Youth Symphony Orchestras, moving up through the ranks of the orchestras since their elementary school days. Their recital ... This week, Introductions digs into the archive to find two musicians who both went to music conservatories on the East Coast, but have ended up in quite different careers: one in music and one in medicine. Matthew Wright, flute Matthew Wright grew up in Gurnee and studied flute with Donald Peck and Hideko Amano. He gave a solo recital on ... 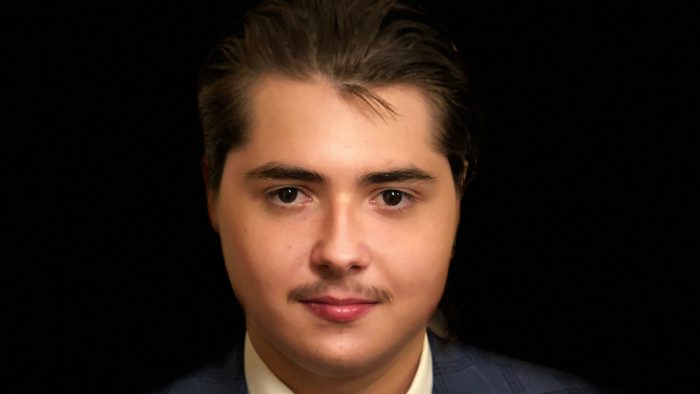 This weekend is a rarity for Introductions: a countertenor. 17-year-old Volodymyr Lymar is a senior at the Chicago High School for the Arts, and a student of Eric Miranda and Anna Kreynina. Volodymyr will sing music by Henry Purcell, Nicola Porpora and Christoph Willibald Gluck; a Ukrainian folk song; and something by the Ukrainian-US-Puerto Rican composer Jack Delano. Thanks to ... 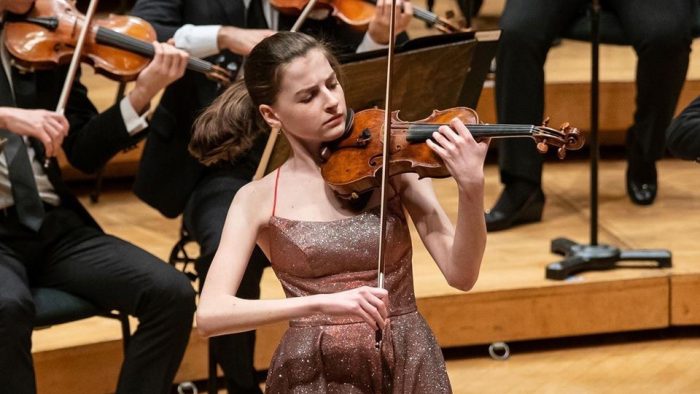 Today we hear from violinist Isabella Brown in her winner’s recital following her success in the 2020 Crain-Maling Foundation CSO Young Artist Competition. She performs works by Johannes Brahms, Amy Beach, James Newton Howard and Henryk Wieniawski with pianist Milana Pavchinskaya. Thank you to the Music Institute of Chicago for letting WFMT record in Nichols Concert Hall. This week’s episode ... 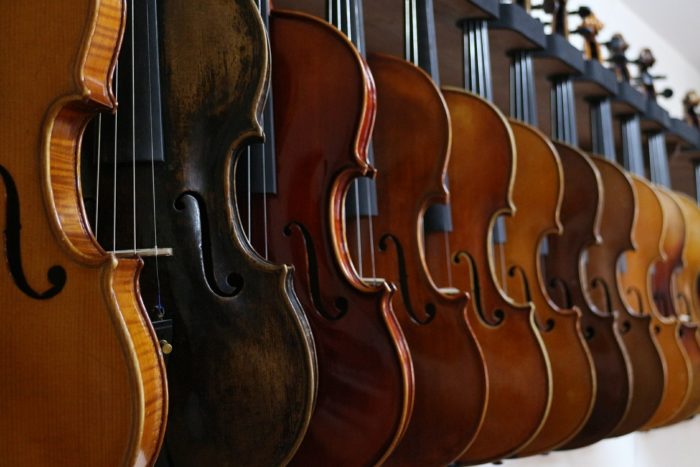 This week on Introductions, two chamber groups from two music schools, both of which reached the quarter-finals of the 2021 Fischoff National Chamber Music Competition. The Carmen Quartet is entirely made up of high-school senior fellows of the Music Institute of Chicago Academy; and the Golden Trio hails from Midwest Young Artists Conservatory with the unusual combination of violin, double ...

This week’s recital features viola music by Kay, Bach, Thomas and Bartók, courtesy of Bella Kim of Buffalo Grove. This episode was first broadcast on March 13, 2021. Audio and information are available at the original episode page. 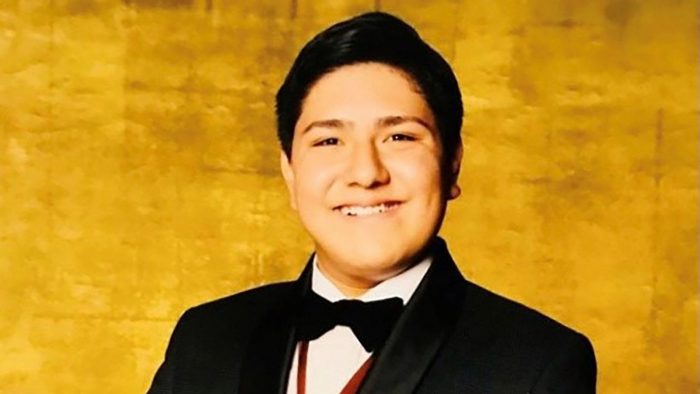 Today it’s not strictly classical on Introductions: 18-year-old Marco Villela of Chicago’s Avondale neighborhood has been a longtime fixture of the Grammy-nominated band Mariachi Herencia de México. He’s appeared on Introductions multiple times with the group as a trumpeter, singer, spokesman and arranger, including in September 2017 and June 2020. This weekend we get to feature him in his own ...