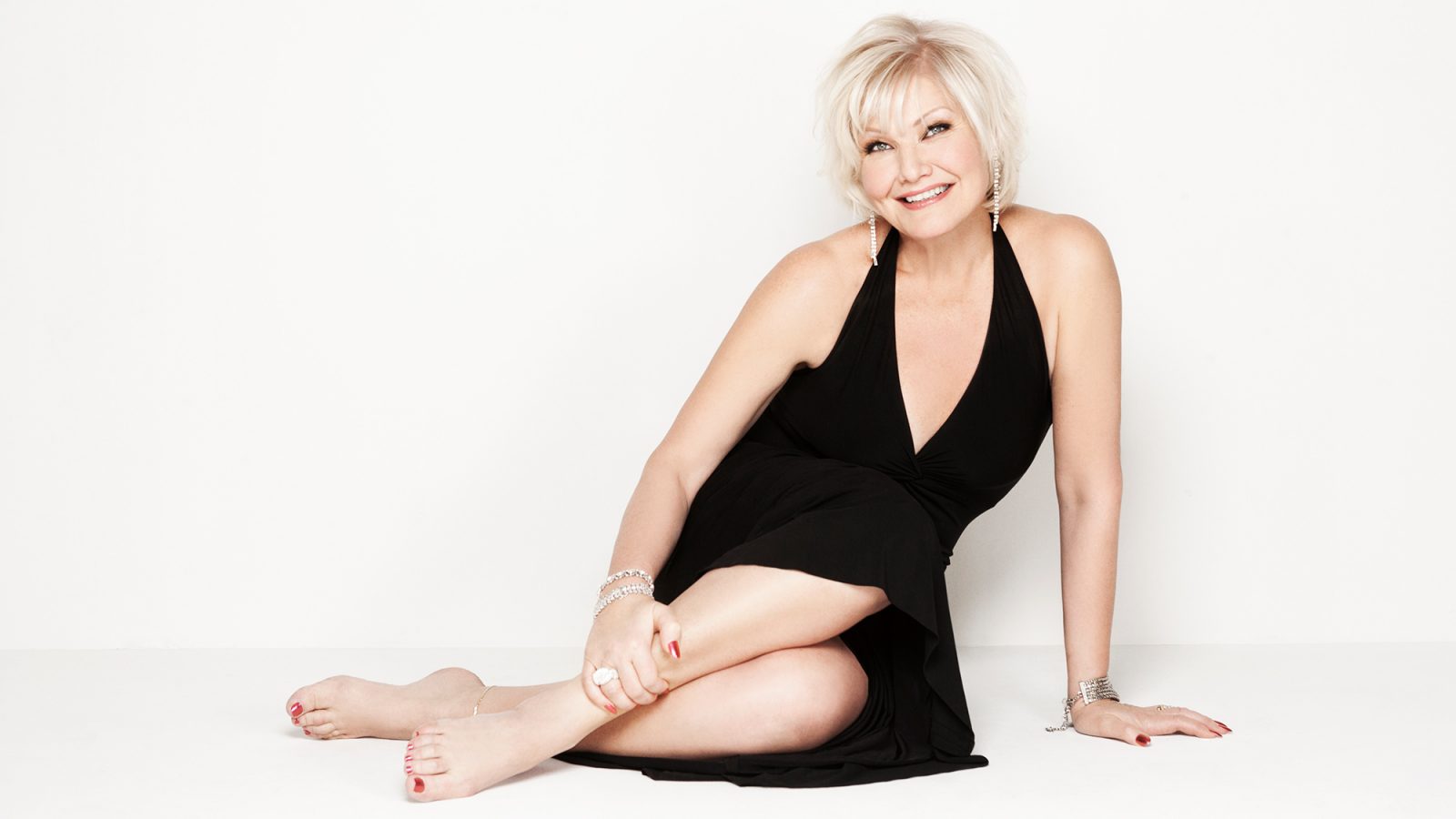 Finnish soprano and two-time Grammy Award winner Karita Mattila is celebrating her 33rd season as a professional performer. In her long career, she has performed a wide range of repertoire from beloved operas to lesser-known works.

Mattila has appeared frequently on the world’s greatest stages including at the Metropolitan Opera, the Vienna State Opera, and the Théâtre du Châtelet, where she has collaborated with some of the most esteemed conductors of our time, including the late, great Sir Georg Solti.

After her 2004 performances in the title role of Strauss’s Salome at the Metropolitan Opera, BBC Magazine named her one of the top 20 sopranos ever recorded. She was Musical America’s Musician of the Year in 2005 and was awarded the Chevalier des Arts et des Lettres (one of France’s highest cultural honors).

What are the secrets to Karita Mattila’s success? We sat down with her as she was preparing to perform a solo concert at the Ravinia Festival to learn what young artists can do to put them on track for a long, successful career.

“Singing is a calling. If you don’t have passion, you can’t put up with all the rest that comes with it – especially being a freelancer,” Mattila said without hesitation. “Young artists who think they can reach the top with a different attitude? Well, good luck!”

For Mattila, who won the first Cardiff Singer of the World competition in 1983, passion is what fuels a singer’s success. “It is such a rewarding career when you succeed and you develop and you improve. You start mastering your art and you grow in it. I can’t imagine a more rewarding profession – not financially, unless you’re born rich.”

Those who perform because they want fame and fortune “won’t be able to get very far to maintain a career and stay in the business,” Mattila assured.

“It’s a big honor to own that stage, especially in a solo recital. The people who come and who pay for their ticket? It should be a unique moment for them every time. It’s up to the performer, the professional, to make the audience feel like, ‘This is the night, this is special.’ And that’s our job.”

True passion is what makes a performer and a performance special.

“The people at the top? We all have different qualities and personalities, but what we all have in common is that everyone works damn hard on their own – especially the ones who have been there for years and know what is at stake.”

Many audience members might assume that the life of an opera singer is filled with nothing but fun and pleasure. After all, the verb we use to describe music-making is “to play.” Being an opera singer must be all fun, and games, right? Wrong!

And, once you get success, there’s no resting on your laurels. “The people who are in the business know that to be on the top-ranking level and to stay there – there’s always room there, but it’s quite windy there! – they know that they must maintain their professional skills. You have to go to your own space and focus,” she said.

“The common thing in this business is that you work hard, and it is lonely,” she said a bit despondently. “It’s quite a lonely profession, this freelance thing.”

Mattila, who must have said “hard work” at least two dozen times in our conversation, asked for rhetorical emphasis, “Did I tell you this is hard work?”

Grow with your voice

Every singer knows that having your instrument inside your body is both a blessing and a curse. On the one hand, you never need to worry about lugging, say, a double bass on public transit to your next gig. On the other hand, the human voice, being part of the human body, is a very delicate thing.

Some singers take time to find their voice and grow into their instruments. Others need to end their careers early if their bodies tell them it’s time.

“I’m happy I’m still here and not retiring any time soon,” says Mattila. “I’m really happy to have a voice that has aged well. In a month’s time, I’ll turn 55. Many of my colleagues have retired and started teaching or doing TV work or whatever work they do.”

But to Mattila, part of aging well is finding the repertoire that is suitable for your instrument.

“I consider myself fortunate to have a voice with new repertoire that I can sing at this stage,” she said. “The past year-and-a-half I’ve had three new debuts – Wozzeck, Ariadne, and Erwartung. And soon some new roles are coming and I can’t wait.” Mattila is getting ready to perform Wozzeck again in just a few weeks at the Helsinki Festival, though this time in a concert version of the opera.

As her voice grows, she’s even curious to explore repertoire that’s typically sung by mezzo-sopranos.

“When most singers do Chrysothemis, maybe they think that Elektra is next for them,” Mattila said of roles in Strauss’s Elektra. “But I would love to do Klytaemnestra – it’s a fabulous role.”

“I was dreaming of doing Carmen,” she confessed. “The color is everything, though. So even if you can get the notes, if you don’t have the color, then you should just go to the auditorium and listen to the ones who are suited for that,” she said flashing a huge smile and letting out a hearty laugh.

“Pacing has always been my specialty. I’ve always respected the time off work,” Mattila said.

Many freelance singers assume that if you have time off from work, you’re not successful. But not Mattila. She is glad that now she “can spend more time at home and enjoy the long career I’ve had.”

“I try to keep my mind sane, you know? I try to have a life. I had a wonderful summer break with my husband in Finland, in spite of dreadful weather. We went boating,” she said.

“I’ve always enjoyed performing, and I think I enjoy it even more now. But all the other stuff is still there – the traveling, the being away from home, the living in hotels. That gets tougher and tougher. It’s physically tough and mentally tough.”

Enjoying time off work also allows you to put perspective on the not-so-enjoyable parts of life on the road.

“You have to work hard not to get depressed when you have another operatic engagement and you’re going to be away for 6-8 weeks, and you’re in a hotel somewhere washing your underwear in the sink, missing your beautiful home.”

When Mattila and I spoke, she had just finished doing some exercise at the gym in her hotel. Since her instrument is part of her body, she likes to stay in good shape, even when she travels.

“It’s hard work, and it’s getting harder,” she admitted. “The older you get you have to look after yourself.”

When asked about her favorite exercises, she said exuberantly, “Everything! I have a trainer at home, and sometimes on the road I hire a trainer. I love to do cardio to keep moving, and of course your workout routine changes with age.”

Even if Mattila didn’t hit the gym regularly, she’s lucky to have a youthful appearance that she attributes to “good creams” and good genes.

“I must have good genes. My mother would be happy if she heard that I said something positive about her! She has great genes and amazing skin and she is 76.”

“I haven’t even had any work done yet! I thought maybe when I turn 60 I’d have my husband get me a facelift,” she said sarcastically, “and take my boobs up so that maybe I’d have another round of Salomes.”

What are your secrets for success? Tell us in the comments below.

Grammys 2022: See All the Classical+ Nominees (And Winners)
Earth Day 2020: Stacy Garrop's 'Terra Nostra'
Here Comes the Sun
At the Midnight Hour
In Their Own Words: Inspiring Quotes From Classical Artists and Friends Who Died in 2022
Singer driven from Belarus for speaking out tries to rebuild