Orchestras are often content to maintain the status quo by programming the same handful of works in order to appease subscribers who like hearing the “greatest hits” of classical music. Not Kent Nagano.

I spoke with Nagano, music director of the Orchestre Symphonique de Montréal (OSM), before the final performance of the OSM’s new annual summer festival, Virée classique – which roughly translates to “classical spree” in English. He explained how he hopes the festival will help create a “violent shift” away from the status quo in classical music.

The fourth Virée classique, which took place August 5, 7, and 8, 2015, offered a unique format to attract broad audiences. Over 3 days in 6 different venues throughout Montréal, the festival presented 200 musicians in 30 concerts, all 45 minutes in length.

“That kind of festival structure, within cramped quarters, means that artists and symphony members are rushing from venue to venue, and they literally collide with the public,” Nagano explained before the festival’s final concert on August 8.

“The acclaimed artists who perform at the festival speak and meet with the public, and the same goes for the symphony members who are usually so far away on the stage! The public has many opportunities to ask questions and to share their thoughts on the performances.”

By presenting concerts in unique formats and increasing interactions between artist and audience, Nagano hopes the OSM will attract new and younger audiences.

“I think one of the things that we’re most proud of with the Montréal Symphony is that during the past ten years… we’ve built one of the youngest symphonic audiences anywhere. If you look into our crowd, it’s very young and mixed.” 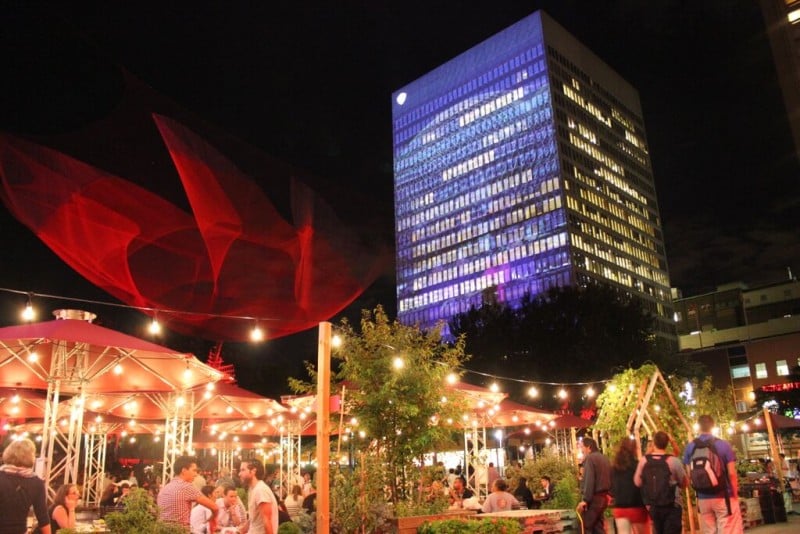 But does making classical music accessible to young people mean programming only the classics?

“We take the opposite approach to some other organizations,” Nagano continued. “We feel that for young people, you should raise the bar. You should raise it as high as possible with as great and provocative repertoire as you can. When you’re young, the brain is the most active, open, and pliable. It can accept with the most flexibility. That is the time to make things more rich and complex, intriguing, inspiring.”

Nagano also described how the catalyst for bringing in young audiences and challenging them was in partial thanks to their series featuring the works of Pierre Boulez years ago.

“Everyone here was really nervous about it. But we respect our audience tremendously, and we thought very deeply about what dramaturgical context should envelop each one of these nine pieces. By the end of the Boulez series, concerts not only sold out but we had a remarkable discovery that our audience began to decrease in age. It was such a violent shift from the status quo, and we found that we were attracting all generations.”

Nagano and his team at the OSM have taken a similarly bold approach to programming the Virée classique.

For example, this year, Beethoven’s Fifth Symphony was paired with one of three OSM commissions at the festival. The world premiere of Régis Campo’s Paradis perdu for Coloratura Soprano and Orchestra featured soprano Marie-Ève Munger in a piece based on texts of Québec poets Beaudelaire, St-Denys Garneau, Nelligan, Rimbaud, and Vivier.

Even if you are more partial to Beethoven, Nagano hopes you take away something new every time you enter the concert hall.

“The public doesn’t necessarily go to classical music concerts for the comfort of status quo. They go usually to hear another Beethoven 5 because when we go to hear a concert, we hope that we’re going to hear something that we never heard before.”

This idea of hearing something new in live music underscores Nagano’s overall outlook of the concert experience.

“There was this motto of the 1960s that was ‘status quo has no meaning.’ We feel that very strongly about classical music here. When classical music falls under the influence of routine or habit or tumbles into the status quo, it is about the biggest enemy of classical music and creative thinking.”

Kent Nagano and the OSM strive to put old wine in new bottles when it comes to attracting audiences to a classical music festival. This year’s Virée featured not only new music commissions but also music for silent film and organ, saxophone quartet, Indian ragas, and everything in between. 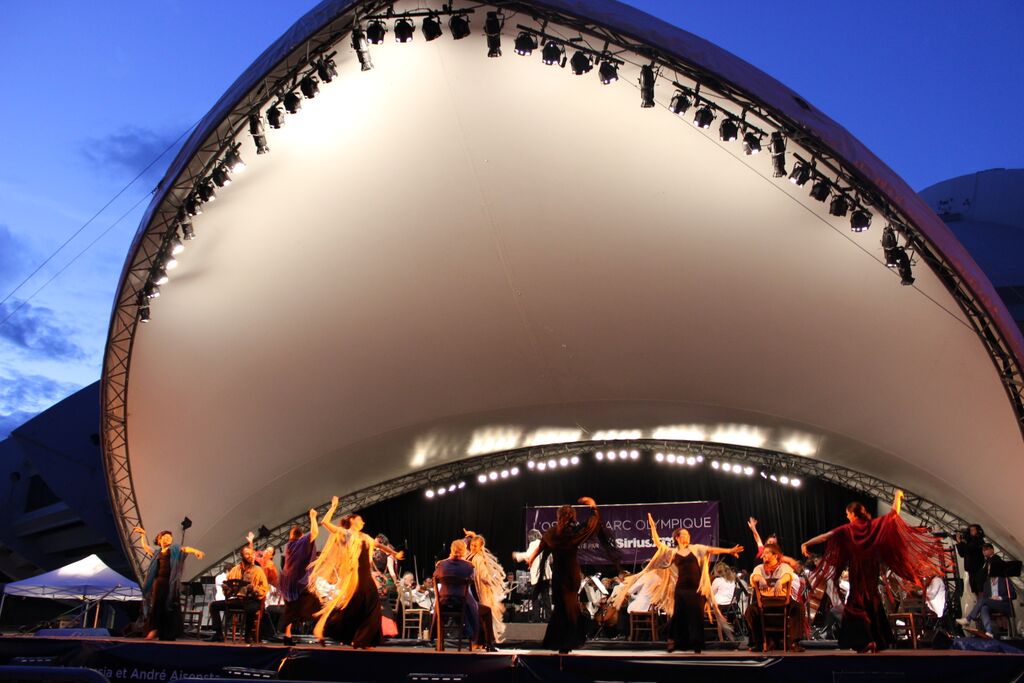 With something for everyone, this year’s festival broke attendance records. The opening night concert on August 5 at Olympic Park’s Esplanade Financière Sun Life featured highlights from Bizet’s Carmen, costumes and flamenco dancers included. An estimated 45,000 people attended the free, open-air concert. Moreover, over 25,000 people attended the thirty concerts in the Place des Arts on August 7 and 8.

Nagano cannot be happier about the record-breaking attendance. “What especially pleases everyone is that we’ve seen more families than we’ve ever had in the past.”

One concert featured OSM organist in residence Jean-Willy Kunz performing Saint-Saën’s Carnival of the Animals on the Maison symphonique’s state of the art Grand Orgue Pierre-Béique. In addition to the performance of this beloved child-friendly piece, projections of artwork and readings of poetry from the École Buissonnière were featured.

Ultimately, Kent Nagano and the OSM recognize the importance of risk-taking when it comes to establishing an international classical music festival in the twenty-first century.

“We love this idea of classical music as a risk. You’re going to have a possible collision or bump into something or somebody you didn’t know before. We like to have every Virée classique be a surprise.”

Michael San Gabino’s travel to Montréal was sponsored by the OSM and festival Virée classique.

WFMT is broadcasting music from the festival as part of its ongoing series of summer music festivals from around the world. For more information, visit wfmt.com/mornings.

Decade in Review: The 2010s and Classical Music
In the Age of the Visual Album, What Can Opera Learn from Beyoncé?
PLAYLIST | WFMT Selects Classical Music for Your Serene, Sunny Summer
See Photo Highlights from WFMT's 70th Anniversary Day of Celebration
10 Woman Conductors You Should Know
Music, Fable, and Batman: Why Beethoven's Story Makes for a Perfect Comic Book