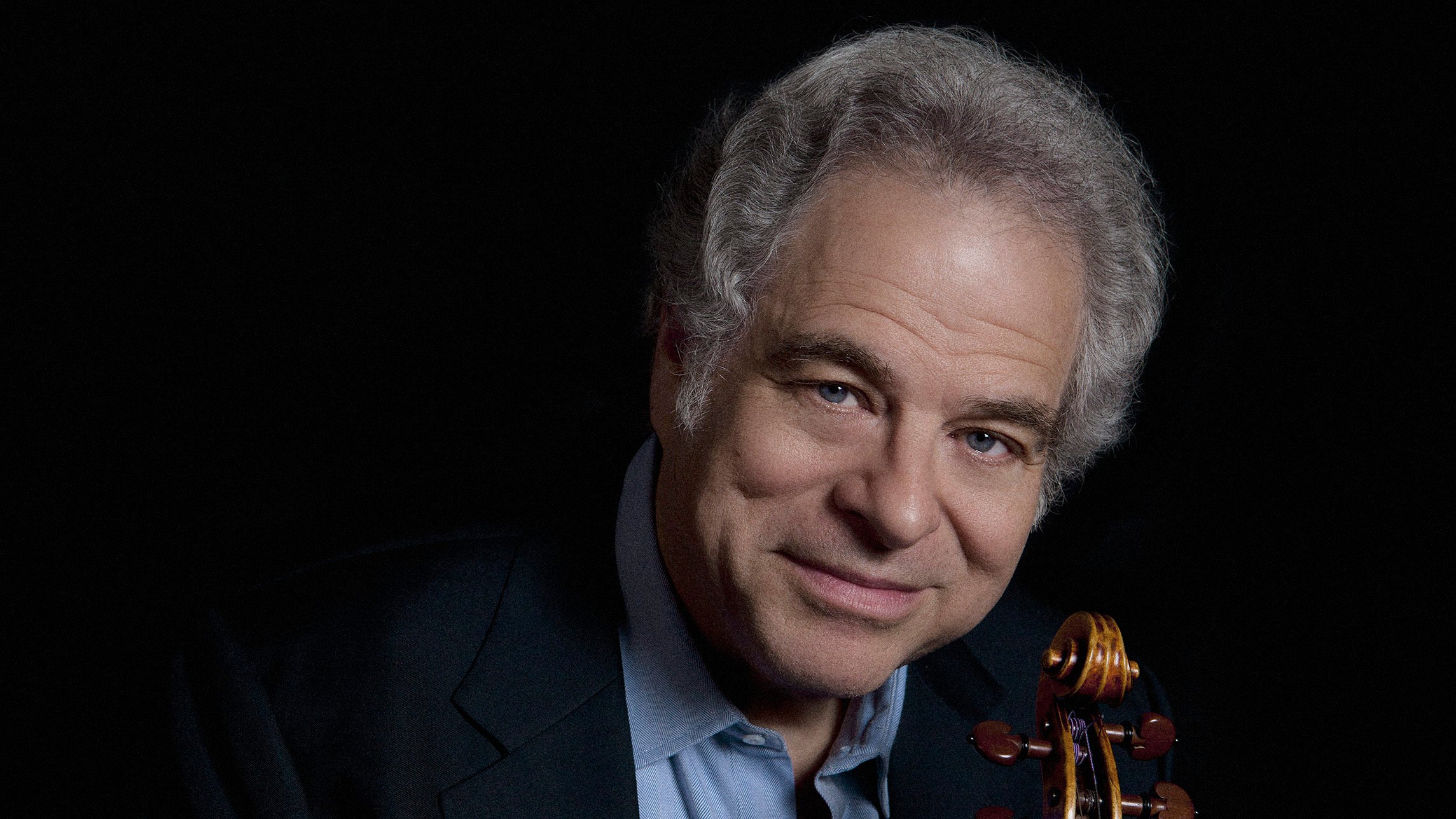 Violinist Itzhak Perlman is one of the most famous names in classical music. The Israeli-American, now 70 years old, has collaborated with some of the greatest musicians of our time in his long and illustrious career. He has won over a dozen Grammy awards (including a 2008 Grammy Lifetime Achievement Award), several Emmy awards, the National Medal of Arts, and countless other honors. Here, he reflects on five of the most memorable moments in his career.

Despite the exciting times Perlman has had in his many decades as a professional musician, he said, “Family is the most important thing. We as a family, we try to get together whenever we can to celebrate. We celebrate holidays and birthdays – especially birthdays.

“On birthdays there’s lots of food, and really kind of nice wine. I’m a little bit of a wine lunatic. So it’s nice to have a taste of something you’re saving for the birthday and then you savor it. That’s a lot of fun.

“Everybody gets together, and I say, ‘I’m so lucky to have so many people around me,’ because our family is big. This is what life is about: family, getting together, and sharing happy moments.”

When you think about the number of people there, and of course the event itself, all of the celebration… it was very memorable.

2. Playing with the Israel Philharmonic Orchestra in the Soviet Union

Another highlight was playing in the Soviet Union when it was still the Soviet Union, with the Israel Philharmonic in Moscow. That was very exciting. Actually playing with the Israel Philharmonic as a young man, I first was beginning to have my performing career. I dreamt that I wanted to play with that orchestra when I was a child. For me, that was an interesting event.

I remember there was a time that I was supposed to play with them and I was at the airport, and as I was checking in, the tour was cancelled. Something happened diplomatically, and they immediately cancelled the tour. A year later, things warmed up again and I think that’s when I played there. That’s why it was so exciting, because you knew you were playing for people who were incredibly enthusiastic about music.

Music is an international language. Whatever country I go to, I always feel that there’s a common denominator among audiences. You go into the concert hall, and you play a Mozart sonata or a concerto, and people react in the same ways. The Russian people are very warm. It was interesting that the relationship of two countries almost had nothing to do with reality.

You have all those strained relationships – diplomatically he doesn’t talk to him, and he doesn’t talk to her and so on. But then when you come to the country, and I remember playing the Tchaikovsky Violin Concerto, that audience had absolutely nothing to do with politics. They loved music. They were warm. They were enthusiastic. I always find it fascinating that the politics of these situations has very little to do with how the citizens feel.

3. Playing for Presidents of All Political Parties at the White House

Playing at the White House is always an exciting event, whatever President is there. I am very happy that I have been performing at the White House for different Presidents and different parties for many years. I am always glad people invite a classical musician, basically, to represent art. That’s what we’re doing.Art supersedes politics. If someone says it doesn’t, I disagree. When it comes to politics, the more music we got, the better it is.

When you’re invited to the White House or to any event, whatever it is, I feel happy that people think of me enough as a representative of classical music or music in general to perform as such events. It’s extremely good that there are events where the President, or the First Lady, or anyone in politics needs to express themselves in music. It’s absolutely great.

Playing with friends is very exciting. In the movie The Trout, I was playing with Zubin Mehta on the bass, and Jackie du Pré, Pinchas Zukerman, and Daniel Barneboim – that was a very exciting event that I remember, and it was put on film. It was a period when it was the middle of a festival, called the South Bank Festival in London. We were all sort of young, and everyone was participating in the festival. All the people I mentioned were there and then of course Vladimir Ashkenazy. Those were exciting times. For the recording of The Trout, I had a terrible cold, and in spite of that it came out pretty good. This great film director, Christopher Nupen, had the idea of doing this.

Everybody was playing chamber music and making music together. Du Pré was a phenomenon, she was probably one of the most natural musicians and performers I’ve ever played with. She felt the music, and she did not even actually think about what she was doing. She just did it because it came from the inside. When we played together, it was contagious: the way she approached music in a total unabashed, passionate way. I don’t want to say that she was not thinking, but it was so spontaneous. As a chamber musician, she pulled you into what she was doing. Her ability to color the music and the way she phrased was so natural for her. Whether you agreed with it or not she was able to convince you of what she was doing, and that is really very important. It did not sound planned at all. And she was so convinced, herself, of where she was going that she pulled the audience along with her too.

5. Teaching the Next Generation

It’s always great, as a teacher, when a student comes in and you play something or say something and then they see the light. All of a sudden, things are working so well, and it’s so exciting that sometimes you cry. I suppose those kind of moments are very private, but you say, “Oh my God, it’s wonderful that I’m able to teach and see how a student develops.”

I love to play chamber music with students, and you hear somebody that you’ve been teaching, and all of a sudden they play a phrase and you say, “Oh, this is quite amazing, this is really touching me.” These moments, we as musicians are lucky to have and experience. It’s very important.

There’s a program that my wife started, the Perlman Music Program, it’s about 21 years old already. Every time I play with kids, and read some of the chamber music repertoire, I’m always fascinated to listen to my pupil or a colleague’s pupil and they do something artistically that allows me to see their development. It gives me such pleasure and such satisfaction.

For more information about Itzhak Perlman, visit his website.