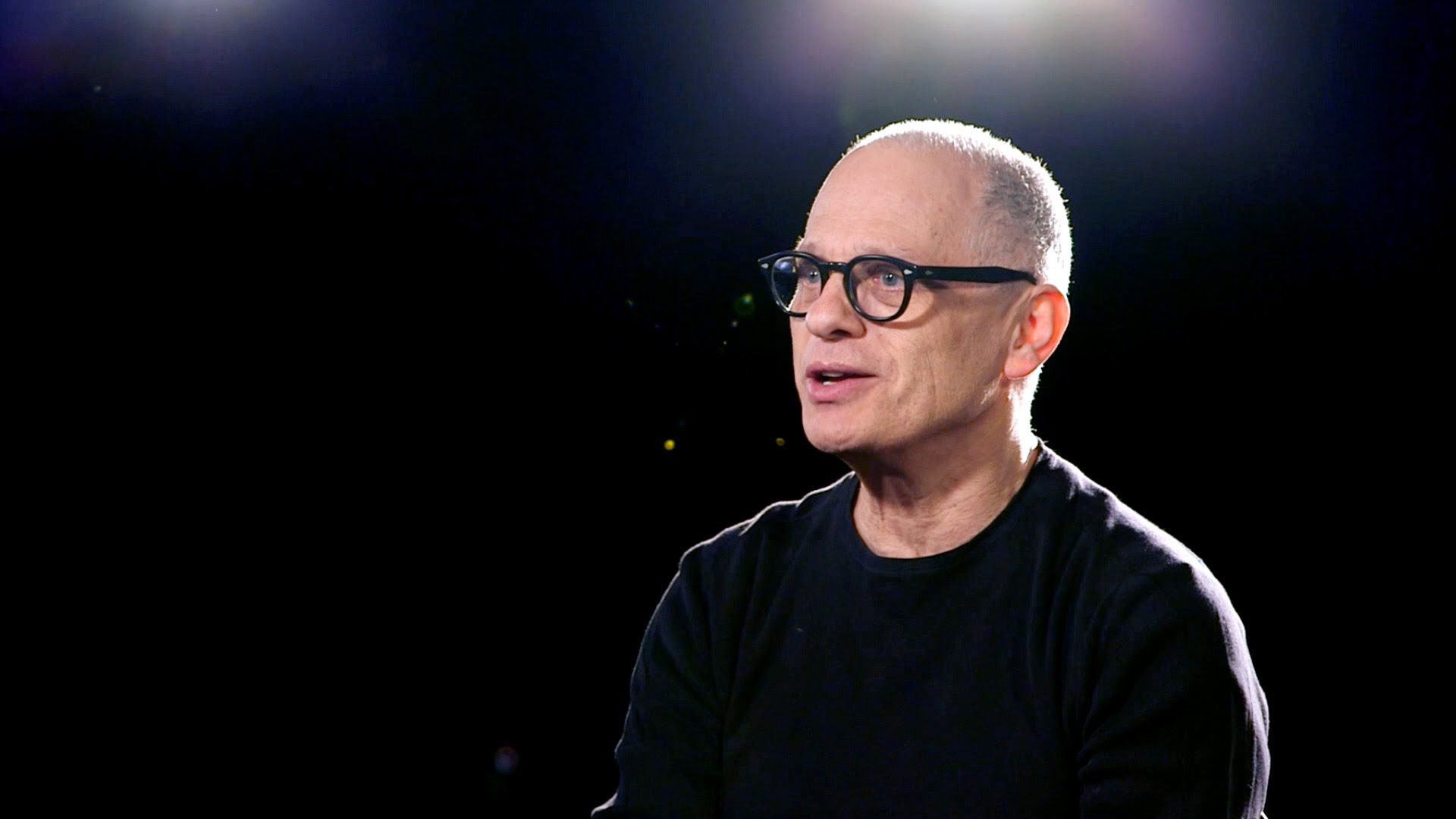 Composer David Lang has worked in a variety of media from opera to film. His “Simple Song #3” for Paolo Sorrentino’s film Youth was nominated for a 2016 Academy Award for Best Original Song. In a recent interview, Lang shared why he loves composing for the silver screen:

“One of the things I really like about film is the size of the audience. There are potentially millions and millions of people who want to see film, who are open to hearing music, and who know that music can be an important part of the film experience. It’s very inspiring to me that there are people who are ready to receive information through their ears, they’re ready to feel something, they’re ready to have an experience only music can give them. But because the medium is film, the audience is gigantic, and potentially includes people all over the planet. The reach, the idea that one can reach this far out into the culture, and reach across cultures is really powerful.”

He also described three of his film collaborations, including his work on the score for Youth.

Requiem for a Dream

“My first experience working in film was on the soundtrack to Requiem for a Dream, one of the most terrifying movies I have ever seen. It has an amazing score by composer Clint Mansell. What happened with this movie is that the director, Darren Aronofsky, invited Clint Mansell to create the score. Clint is an electronic composer, so he made this very intense, scary, very powerful film score – it’s really fantastic. Then at the last possible moment, when the movie was done practically, they had the idea to invite the Kronos Quartet to come in and play along with the film score that Clint had written.

“So Clint had made this electronic score and I came in to invent music that the Kronos could play along with this very intense score. This was a very intense experience for me because the pressure was on, everyone was done, everyone was waiting for me to finish this score. The music is so emotionally wrenching and terrifying and it really adequately tells the store for the characters who are sliding down this slope of drug abuse which is ruining their lives.

“Clint wrote everything, what I did was I had to arrange his music so the Kronos could play it. Occasionally I had to invent new music that they would play. The terrifying thing for me is that what Kronos did had to be so accurately tied to what Clint did, which was not done metronomically, often, that I ended up having to watch the movie hundreds and hundreds of times. It was really painful to do it.

“Darren had this idea that the movie needed to be as intense as possible. There’s this idea that everything turns from light to darkness, which is what Lux Aeterna is about. There’s the idea of beautiful turning ugly, of the coherent turning incoherent. Everything is on a trajectory of falling apart. Darren wanted to make everything in the film even more intense. Kronos was brought in basically as an intensifier. I’m a very happy and gentle person, so it was very disturbing for me to try to do that, but I tried to do the best job I could.”

“Paolo, the director of the The Great Beauty (La grande bellezza ), heard my piece ‘I Lie.’ It’s included on my album of The Little Match Girl Passion which I won the Pulitzer Prize for. Totally without asking me, Paolo just licensed that piece from my publisher and stuck it in his film, and I was very happy that he did.

“The opening of the film is beautiful and funny and kind of strange. There’s a bus of Japanese tourists that lets out by a fountain where there’s a beautiful overlook of the city of Rome. The view is so beautiful, and so powerful, and Rome is so amazing, that one of the tourists has a heart attack and dies. Accompanying this scene – you look behind the people, and there’s this beautiful fountain, the Acqua Paola, and on top of it, mysteriously, there’s a women’s choir, and they’re singing my music.

“’I Lie’ is a piece I wrote originally for an Eastern European vocal ensemble from the Bay Area called Kitka. I actually took an old song that I remembered – in Yiddish – about a woman waiting for her lover to come to her in the middle of the night. I took all the old music off and set it to new music because I wanted to get into the words a lot deeper. Only in Yiddish can you have a song where a woman is waiting for her lover be as depressing and terrifying and scary as this. It’s very heavy and powerful and emotional. I wanted to use music to heighten that sense of waiting for something, and being in a beautiful but sad place while you are waiting.”

“When The Great Beauty premiered at the Toronto Film Festival, Paolo got in touch with me and said, ‘I used your music. Why don’t come up for the western hemisphere premiere. I wanna ask you some questions about the life of a composer, what composers do, how composers think. And I wanna tell you about a new film I am working on, because I am thinking about making a film about a composer.’

“He had a script draft – which ended up being very different from the final script – but he gave me those parameters asking, ‘Would you like to be involved with this movie, writing this music, that will span that character’s life, and reveal something in the narrative that you can’t reveal through the words, though the editing, through the acting, through the photography.’ I of course, screamed, probably, ‘Yes, I would like to do that,’ and I got involved with the project.

“So I wrote this piece Simple Song #3. It’s spoken of at the very beginning of the film from the very first scene, and you hear discussion about it throughout the entire film. You hear little scraps of it, and I wrote the score, so I was able to point little arrows leading towards it from the start to the end. But you don’t actually get it until towards the end."

Jory Vinikour with Special Guest Rachel Barton Pine [Rebroadcast]
Have a Happy, Musical, and Safe Holiday With These 9 Chicago Performances
Lang Lang Shares His Wisdom with Music Lovers of All Ages
Bach: St. Matthew Passion - Choir of King's College, Cambridge
In Their Own Words: Quotes From Artists and Friends of WFMT Who Died in 2020
At the intersection of Philip Glass and Coldplay: How Emmy-winning composer John Lunn created the sound of Downton Abbey