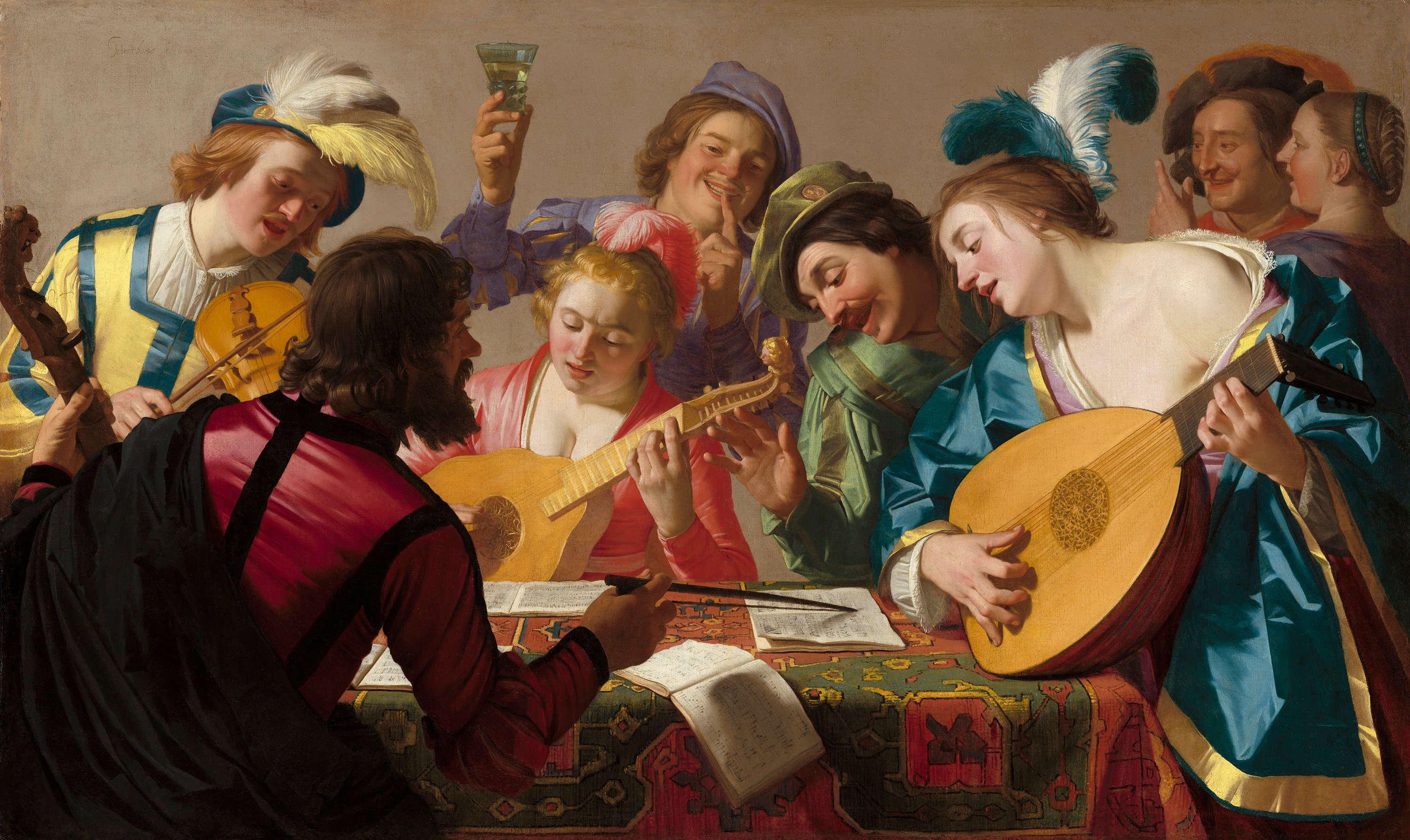 Listen to the past two weeks of Baroque&Before. 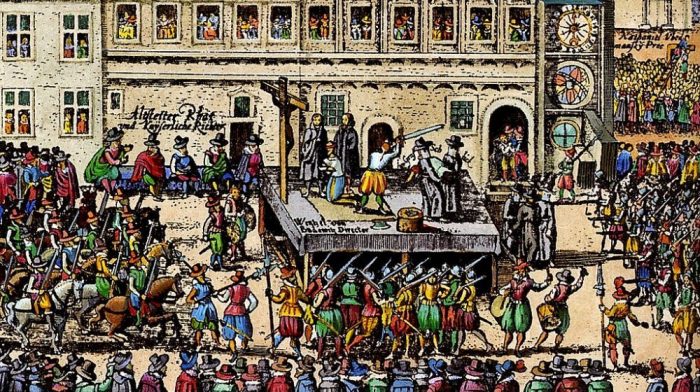 Kryštof Harant: Journey to the Holy Land with Cappella Mariana

The remarkable life of Czech humanist Kryštof Harant of Polžice and Bezdružice ended prematurely in Prague’s Old Town Square on 21 June 1621. Capella Mariana marks the 400th anniversary of Harant’s death by presenting all of his surviving works, including fragments, in their authentic guise. Tonight’s program was recorded live in concert June 1, 2021, in St Anne’s Church – ...

Bach’s Mass in B Minor

Although written in the last years of his life, Bach’s Mass in B Minor had its beginnings some 15 years earlier. Never performed during Bach’s lifetime, the Mass in B Minor is rightly revered as one of mankind’s greatest musical and spiritual achievements. On this edition of Baroque&Before, Ivor Bolton leads Balthasar Neumann Chorus and B’Rock Orchestra in Bach’s masterwork. ... 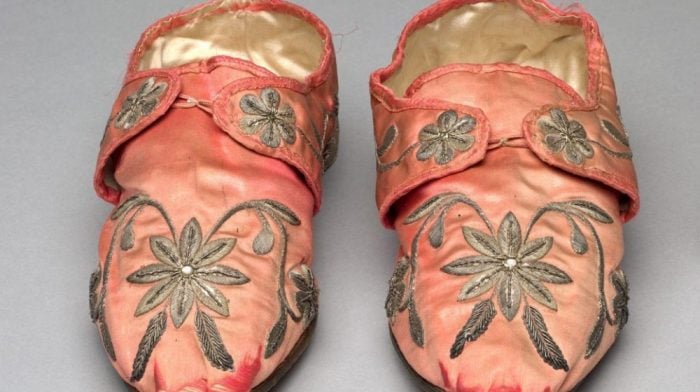 Recorder virtuoso Maurice Steger and La Cetra Baroque Orchestra Basel were among the guest artists at the Engadin Festival, held since 1941 in & around St Moritz in Switzerland. The program is titled Baroque Delights, and that’s exactly what we’ll hear. Tonight’s program was recorded August 6, 2020, in the Reithalle, St. Moritz, as part of the Engadin Festival’s “Concerts ... Twelfth-century mystic, writer, philosopher, and composer Hildegard von Bingen used all her gifts in the service of her unfaltering Christian faith which she channeled through her music in the morality play Ordo Virtutum (Order of the Virtues.) Comprising 82 songs in rhyme, Hildegard lays out the battle between good and evil; the Devil tempting the Soul to give in to ... 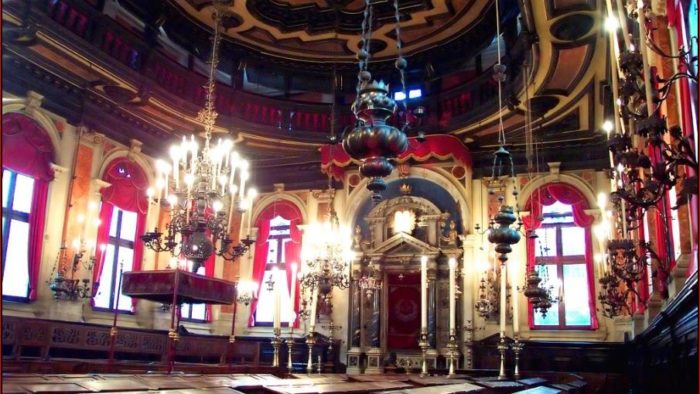 Soprano Sherezade Panthaki joins Philharmonia Baroque Chamber Players and members of the Philharmonia Chorale, under the direction of Nicholas McGegan, for Italian baroque music of the synagogue, the theater, and the court: sacred and secular works by Salamone Rossi, Claudio Monteverdi, and Benedetto Marcello. Tonight’s program was recorded live in concert April 8, 2018, in the Performance Hall of the ... 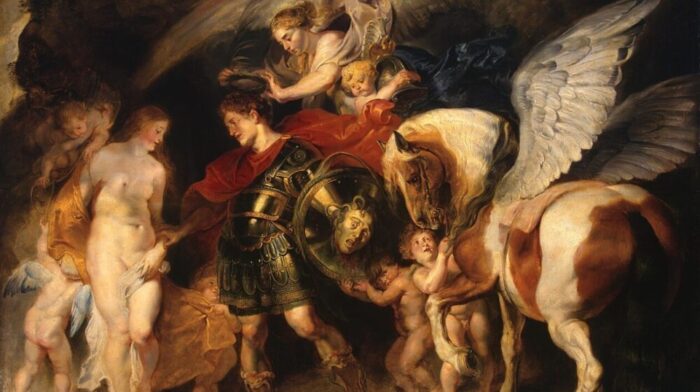 The Fortunes of Andromeda and Perseus: Spain’s First Opera

This week, Baroque&Before has the rare pleasure of presenting a performance of a work not performed publicly since the mid 17th century, or commercially recorded. Often referred to as Spain’s first opera, tonight’s presentation of Las Fortunas de Andrómeda y Perseo comes to us from a recording made live in concert January 25, 2020 at the Konzerthaus in Vienna as ... Spanish harpsichordist Ignacio Prego presents a program of keyboard music at the Spanish Court during the 16th, 17th, and 18th centuries. It’s a fascinating musical journey through three centuries of Spanish keyboard music, starting with the Court of Felipe II. This was Baroque&Before’s inaugural program, first heard January 2, 2014. Recorded live in concert October 31, 2013 at Instituto Cervantes ... 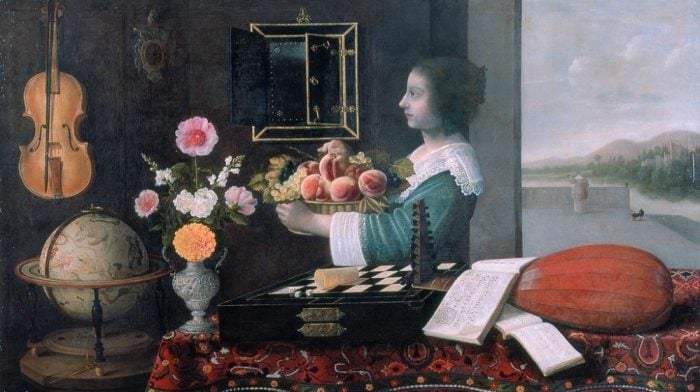 A program of “goût réuni,” or united taste, brings us the music of German composers inspired and influenced by the French style. Known as “Lullists” after Jean-Baptiste Lully, works Johann Caspar Ferdinand Fischer, Georg Muffat, and Georg Philipp Telemann are featured this week, presented by El Gran Teatro Del Mundo under the direction of Julio Caballero Pérez. Tonight’s program was ... The Huelgas Ensemble presents a concert of motets, chansons, and mass fragments by Josquin Desprez, the French Renaissance composer who is remembered as one of the great exemplars of the Golden Age of Counterpoint. In the words of Founder and Artistic Director of the Huelgas Ensemble, Paul Van Nevel, “Josquin was a pioneer. He mastered all the contrapuntal techniques to ... Passionate about Hebraic spiritual traditions, Benedetto Marcello was inspired by the extraordinary faith he encountered in the synagogues of early 18th-century Venice. Selections from Marcello’s settings of poetic paraphrases of the Psalms of David with Hebraic intonations are presented by Ensemble XVIII-21 Le Baroque Nomade, founded in 1995 by Jean-Christope Frisch as XVIII-21 Musique de Lumières. A world premiere, recorded ... 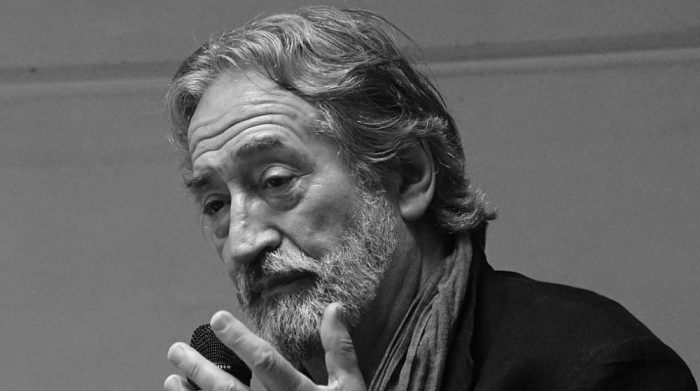 It was in 2002 that the United Nation first declared May 21 as UNESCO World Day for Cultural Diversity for Dialogue and Development. On this week’s edition of Baroque&Before, our program celebrates this event with a Concert of Music for Life and Dignity. Jordi Savall leads Orpheus XXI, a group of professional musicians of diverse origins, at the Poblet Early ... 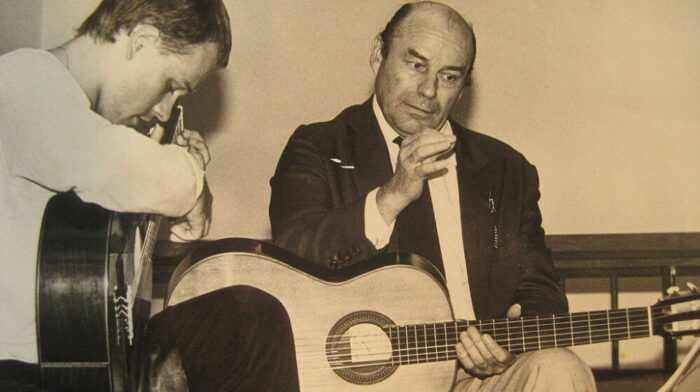 English lutenist and guitarist Julian Bream’s contributions to music are innumerable. Along with Andrés Segovia, Bream is regarded as the most charismatic and influential classical guitarist of the 20th century. Although his repertoire spanned the centuries, on this edition of Baroque&Before, we’ll focus on his interpretations of works of the Renaissance and Baroque. Recordings used in this program come from ... Under the direction of Bjarte Eike, Barokkanerne and vocal soloists present two relatively unknown masterpieces by Bach – Missa Brevis in A minor (BWV 234) and Missa Brevis in g minor (BWV 235), also known as the Kyrie-Gloria masses. Also on the program is the beautiful motet O Jesu Christ, meins Lebens Licht (BWV 118). Due to the pandemic, tonight’s ... 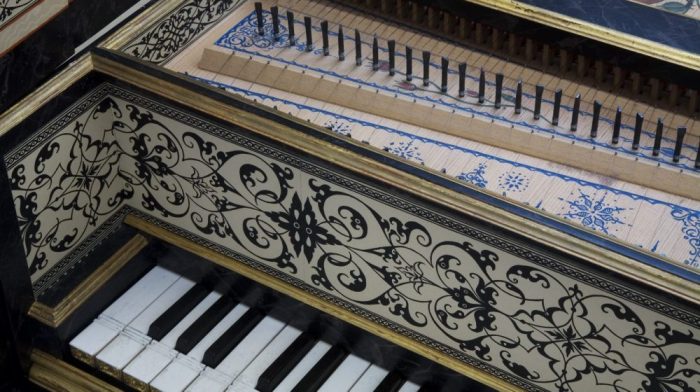 Baroque&Before remembers early keyboardist Kenneth Cooper, who died March 13, 2021 at the age of 79. He’s best known for his improvisational skills, his spontaneity, and his rediscovery of 18th-century works, as well as performances of modern works written for the harpsichord. On this edition of Baroque&Before, we sample a very few of his performances from the Baroque era, part ... 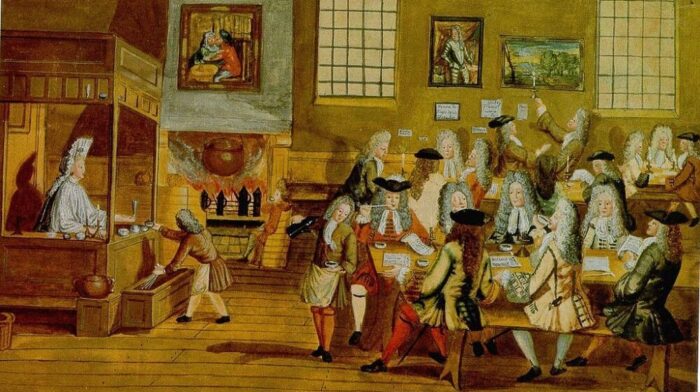 What brings us joy? The simple things: friends, music, a piping hot cup of coffee. In 18th-century Europe, coffee was still a rather rare and not widely available beverage. On this edition of Baroque&Before, Collegium Marianum celebrates Baroque Europe’s coffee craze, along with a variety of delights and pleasures. Tonight’s program was recorded live in concert March 5, 2019, in ... 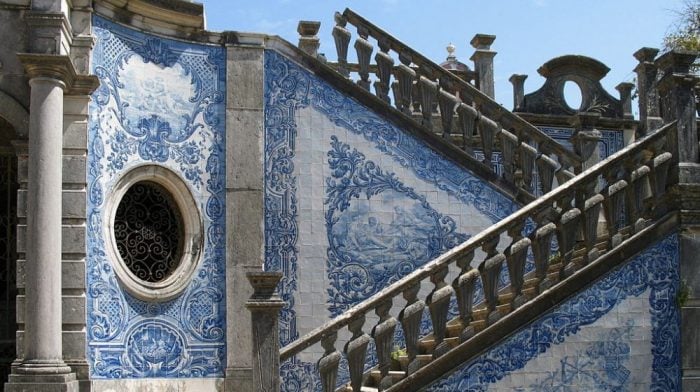 Cosmopolitanism of the Portuguese Baroque

Tonight’s program of chamber music by Portuguese composers and the Italian composers who influenced them is presented by Divino Sospiro, a chamber ensemble founded in Portugal in 2002, directed by the Italian-born conductor and violist Massimo Mazzeo, joined by soprano Eduarda Melo. The music we’ll hear was recorded live March 21, 2021 in the National Palace of Queluz. Due to ... 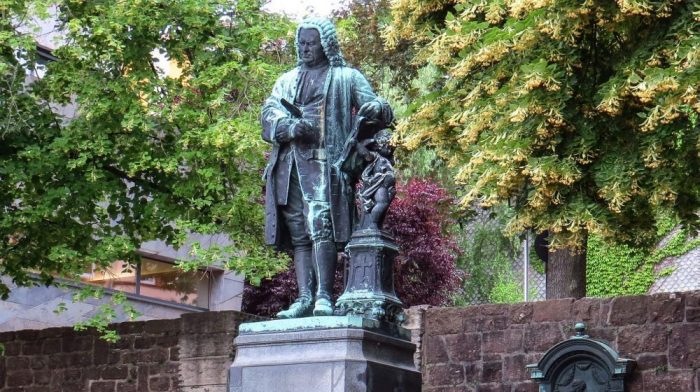 Join pianist András Schiff on a voyage through Bach’s monumental work for solo keyboard. The Goldberg Variations was recorded live in concert August 22, 2015 at London’s Royal Albert Hall, made available just recently thanks to WFMT’s affiliation with the European Broadcasting Union. Tonight’s program will be available as a stream for thirty days following tonight’s broadcast. A blue “Listen” ...

As Easter draws near, Baroque&Before offers two settings of the medieval Latin hymn on the suffering of Mary at the Crucifixion: the world premiere recording of Alessandro Scarlatti’s Stabat Mater of 1724, and the first studio recording of Emanuele d’Astorga’s dignified and moving Stabat Mater, circa 1707. Douglas Bostock leads Camerata Polifonica Siciliana and vocal soloists. This program will be ... 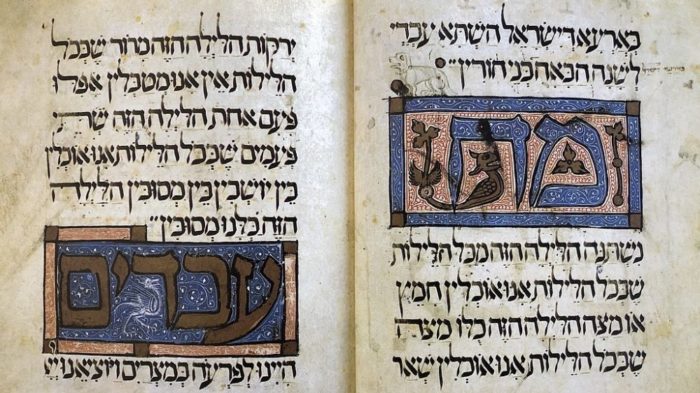 Songs & Laments of the Sephardim

Passover begins at sundown on Saturday, March 27. Tonight,  Baroque&Before celebrates the deliverance of the Jewish people from slavery in Egypt with a program of sacred, paraliturgical, celebratory, and secular music of the Jews of the Mediterranean: Spain, Greece, Italy, and the Ottoman Empire. Tonight’s program will be available for on demand listening for two weeks following the broadcast.

Written in the last decade of his life, Bach’s chorale preludes for organ mark the pinnacle of his sacred works for organ. Daniel Gauss, organist at the Bern Cathedral, plays the Gottlieb Leuw organ, built in 1729. Recorded live in concert June 11, 2019, as part of the series Evening Music at Bern Cathedral. Thanks to WFMT’s association with the ...