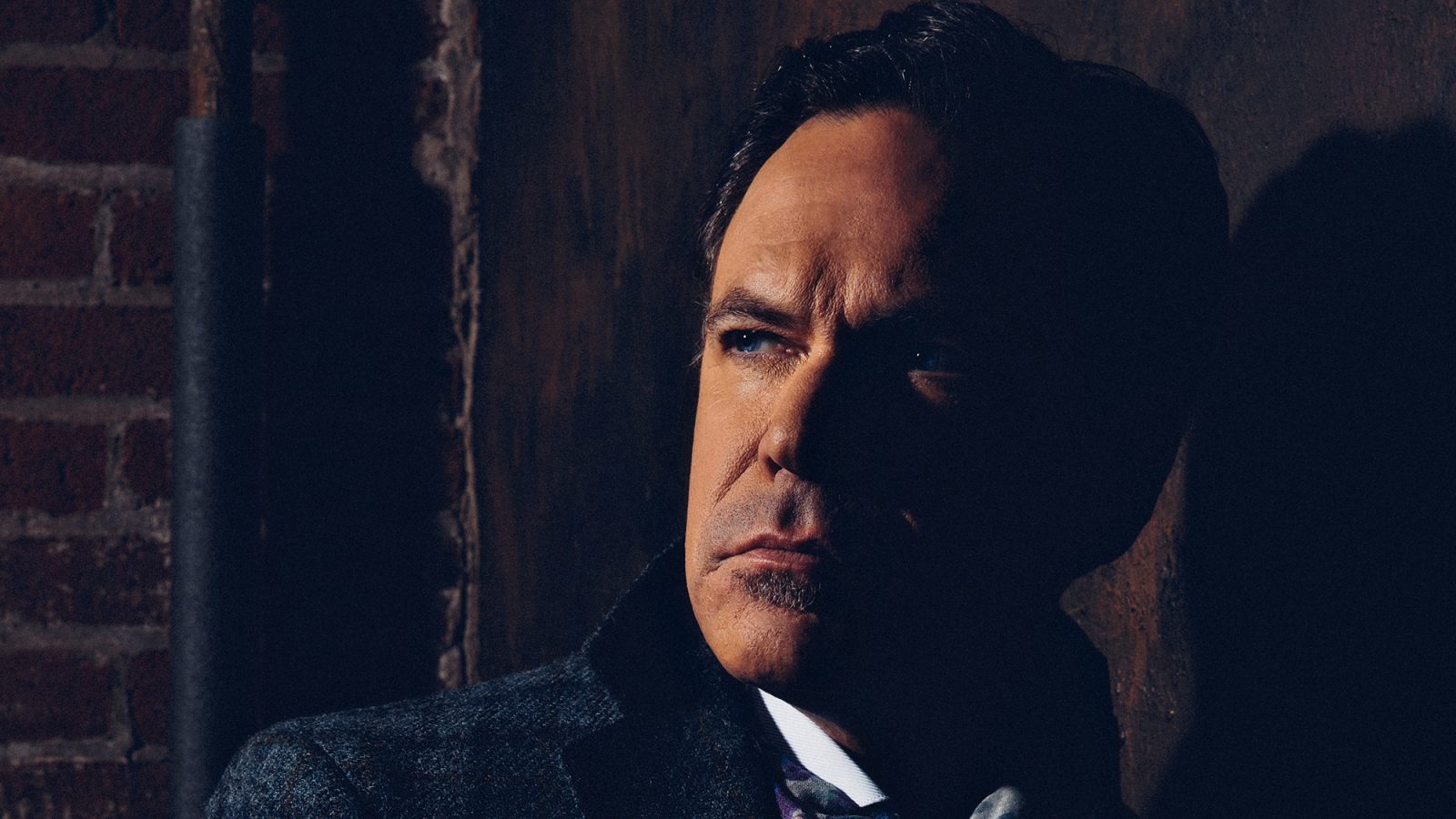 Though Kurt Elling is one of the most well-loved and highly praised jazz singers of our time, he first developed his chops singing Bach motets. As Elling returned to his native Chicago for performances at City Winery, he spoke about how classical music has influenced him throughout his life.

Though Elling confessed, “I never thought of a professional career in music,” becoming a musician was perhaps inevitable. His father was the music director of a Lutheran church in the Chicago suburbs, and music was always a part of his childhood. He began singing in his church choir, “starting with soprano, then alto, then tenor, and finally all the way to the bass. I was so happy to finally sing bass because that’s where the root is, that’s where the power is,” he said. He also sang with the Rockford Choral Union, and later, as a student at Gustavus Adolphus College, with the Gustavus Choir.

From singing in several choral groups, Elling was exposed to a broad range of repertoire including “12th century plainsong, crazy Norwegian composers, Duruflé, and Mozart, of course.” But as the son of a Lutheran music director, naturally, one of his favorite composers is the great Lutheran music director J.S. Bach. Elling has a particular fondness for Bach’s motets.

Some of his other favorite classical works include Beethoven’s 7th Symphony, which he said he would often turn to “when things were at their most bleak, as things often are in high school, because it has a certain kind of nobility and even ‘possibility, for lack of a better term.”

Elling also has a “fondness for Grieg, especially his small piano works which are like gorgeous, pristine little Fabergé eggs. I fall in love with his music in the same way that one falls in love with Dvořák, with his beautiful melodies developed from folksongs.”

One of Elling’s favorite modern composers is the recently deceased Knut Nystedt. “His music reminds me of Bach a lot because of its complex counterpoint. In Bach, a quarter note might be 120 beats per minute on the metronome, but in Knut a quarter is something absurdly long like a minute. The music stretches out over an enormous length of time, so you get a sense that you’re listening to all of these pieces of a giant machine fitting together.”

Elling says that singing classical music can help any singer “develop your technique because it insists that you sing in tune and requires a lot of agility. The basic mechanisms of good singing are always going to be in play: good breath support, being able to move from very forceful and loud passages to very subdued and restrained and quiet passages, the ability to maneuver with dexterity among challenging intervals. Beyond pure technique, singing classical music teaches you about the structure of music, too. I learn so much about the structure of a piece by singing it.”

Singers who have influenced Elling range from Pavarotti to Prince. Among his favorite living opera singers is Renée Fleming. He said, “We’ve gotten to know each other recently, she has been very gracious in bringing me into her world and I have brought her a bit into mine. And of course I just love her voice.” Elling mentioned Bryn Terfel, James Taylor, and Sting as other singers he admires.

Though he appreciates his background singing classical music, Elling said, “I didn’t think my voice was built to be a classical singer. I didn’t have the kind of dedication, and I was equally interested in creating new material or arranging new things.” His first forays singing jazz were when he was a graduate student at the University of Chicago Divinity School.

“Recordings turned me on first, and then I started going to hear lots of live music. I fell in love with the musicians on the jazz scene in Chicago, and soon the jazz guys started saying, ‘Hey man, you’re with us, you should come back and sing with us.’ So I did.” For a while, Elling said he was “trying to read Heidegger by day and going to clubs at night.” Soon, he “started spending more time awake in clubs at night than I was during the day,” and he eventually withdrew from his degree program. The rest, as they say, is history.

Though today jazz is Elling’s bread and butter, classical music has remained an important part of his life. “There’s nothing that compares to the emotional thrill and uplift that one receives from the greatest possible music. It doesn’t matter what kind of music it is. But there are few more powerful experiences or feelings of being fully alive, focused, and engaged than when I have been making music with a choir and orchestra.”

70th Anniversary Special: Interview with Almita & Roland Vamos
In Their Own Words: Quotes From Artists and Friends of WFMT Who Died in 2020
A First-Time Nominee Takes Us Behind the Scenes at Grammy Week
Jory Vinikour with Special Guest Rachel Barton Pine [Rebroadcast]
Fareed Haque, AnDréa James, and Quartet Risata
Fareed Haque and Friends [Rebroadcast]