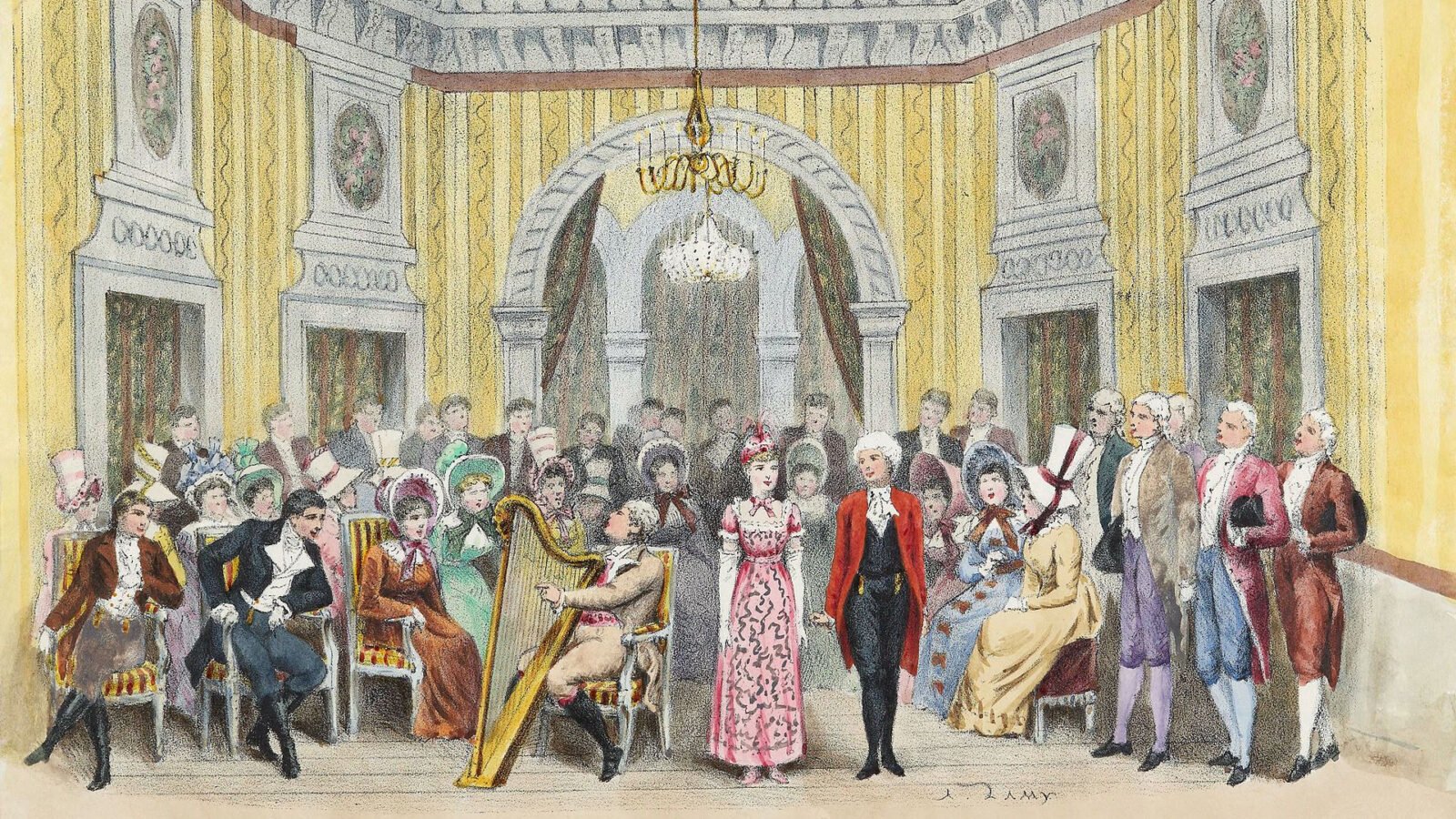 One of the most difficult coloratura arias in the entire operatic repertoire, “Les oiseaux dans la charmille,” comes from Offenbach’s The Tales of Hoffman (Les contes d’Hoffmann). The piece is also known as “The Doll Song,” since the character who performs it, Olympia, is a mechanical doll. In the opera, Hoffman recounts how he was charmed by the automaton, co-created by Spalanzani and Coppélius. Though anyone could plainly see that Olympia was a machine, Coppélius sold Hoffman a pair of magical glasses that tricked him into thinking Olympia was a real woman.

The song Olympia performs is as impressive as she is. Though the aria’s two verses and refrain have some difficult passagework already written into the score, most sopranos choose to crank up the coloratura by adding their own embellishments.

Many singers add embellishments when singing the second verse since listeners are already familiar with the melody.  The second phrase of the verse, in particular, allows a lot of flexibility to add vocal fireworks.

There are also lots of opportunities to add cadenzas – moments when singers can do whatever they want (as long as the music director approves, of course!).

In most scores, the chance to insert a cadenza is indicated with a simple fermata, like in the last measure of the music shown below.

And of course, you can’t end a grand aria without a grand cadenza. Offenbach wrote a cadenza in his original score.

Enjoy full performances of Olympia’s aria below, and tell us your favorites in the comments.

In the Age of the Visual Album, What Can Opera Learn from Beyoncé?
Sing Different: Why the Life of Apple's Steve Jobs Makes for Great Opera
9 Works by Women Writers We Want to See Adapted into Operas
10 Woman Conductors You Should Know
'The reach is exponentially larger': How Kamala Sankaram Brings New Audiences, Stories to Opera
Classical Coffeeshop