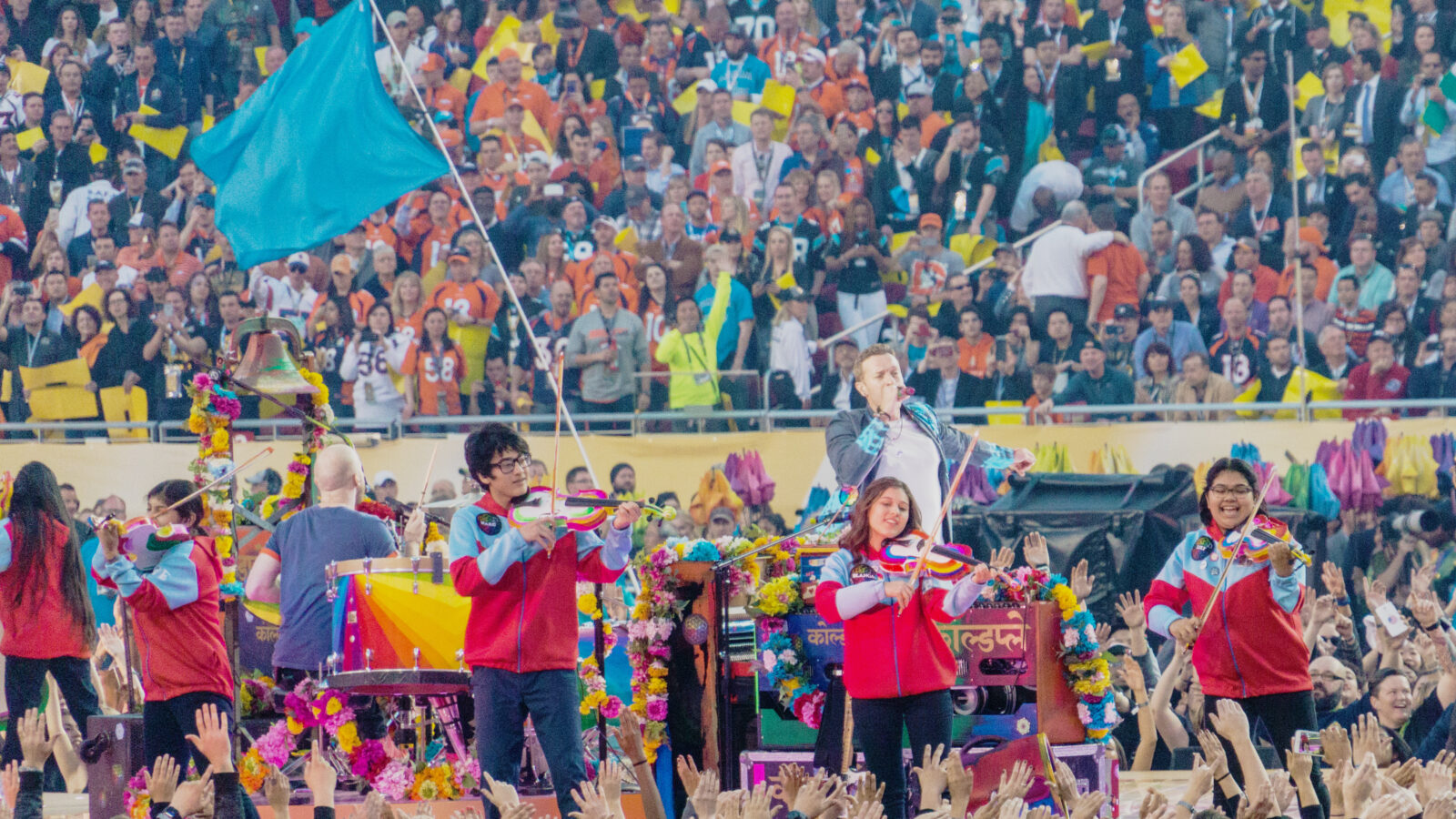 On November 2, 2016, the Chicago Cubs won the World Series, ending an infamous 108-year championship drought. Cubs fans around the world have been “flying the W” (for Wrigley Field) and singing the team’s victory anthem “Go, Cubs, Go!” ever since. Following this historic win, classical music fans may have another tune in their head: a performance of the national anthem performed by the Cleveland Orchestra at the beginning of the final game of the 2016 World Series. Here is a recap of the Cleveland Orchestra’s performance along with other memorable performances by orchestras at recent sporting events.

The Cleveland Orchestra at the 2016 World Series

The Chicago Cubs won the World Series for the first time in 108 years, but the Cleveland Orchestra also hit it out of the park during game 7 with this performance of The Star Spangled Banner.

The Chicago Youth Symphony Orchestra Plays for the Chicago Bulls

On Halloween in 2014, the Chicago Bulls lost their home game against the Cleveland Cavilers. Even though the game might’ve seemed like a trick to Bulls fans, the CYSO’s Encore Chamber Orchestra’s performance of the Star Spangled Banner was a real treat.

Did you know that the composer who created the soundtracks of Star Wars and Indiana Jones conducted the National Anthem at the 2007 World Series?

The Kansas City Symphony Orchestra at the 2014 World Series

65,000 football fans watched in amazement as the Minnesota Orchestra performed Beethoven’s Symphony No. 5 at a halftime show for the Minnesota Vikings earlier this year. Game highlights were projected on the field as the orchestra played the symphony, keeping the crowd on the edge of their seats. They ended this performance with wonderful tribute to the late Prince, a Minnesotan.

The Youth Orchestra Los Angeles (YOLA) teamed up with Coldplay at the Super Bowl 50 Halftime Show. The YOLA program, developed by Gustavo Dudamel through the LA Philharmonic, provides free instruments and intensive music training for the students from under-served neighborhoods.