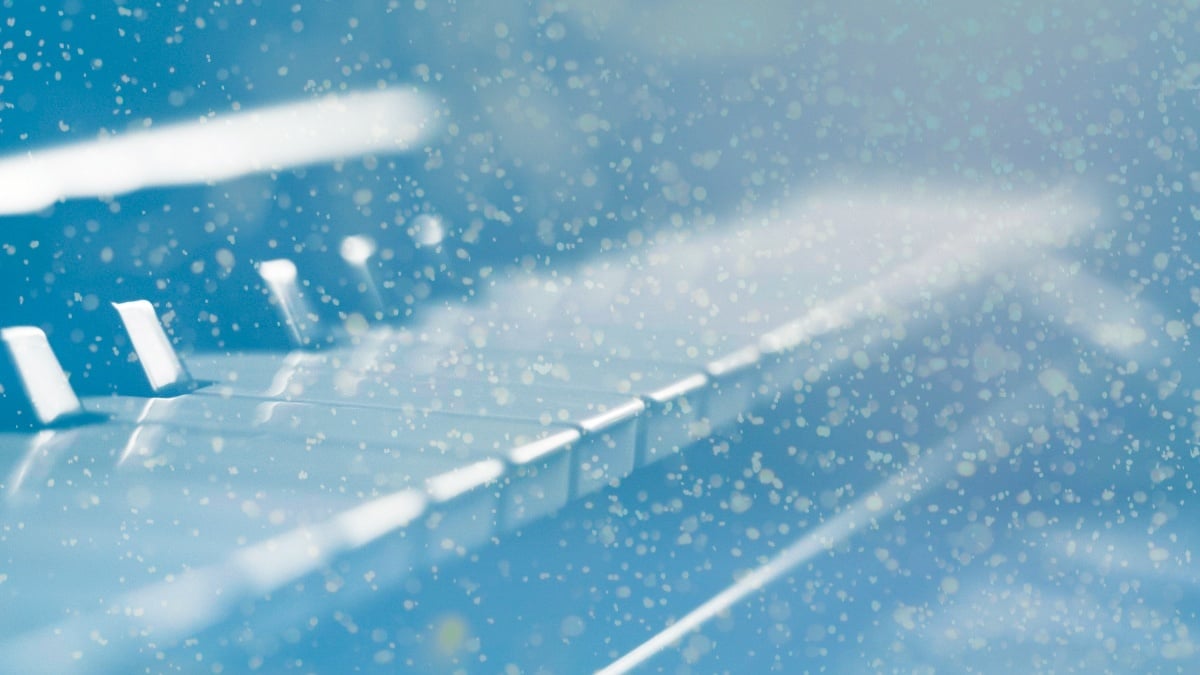 You’ve likely heard the song “Let It Go” from Disney’s Frozen at least once since it was released in 2013. Not only did “Let It Go” win Best Original Song at the 2014 Academy Awards and Best Song Written for Visual Media at the 2015 Grammy Awards, it’s also been recorded in dozens of languages from Cantonese to Croatian.

Even if you’ve heard cover version of “Let It Go” or have performed your own rendition, you probably haven’t heard it quite like this. Facebook user @thankspianoman has created a black MIDI version of the song that is both awe-inspiring and terrifying.

If you’re not familiar with black MIDI music, it’s basically a style of arranging music for the piano so that when written in standard western music notation, the entire page appears black.

Certain classical piano scores have a lot of black on the page, no doubt. The Warner Bros. cartoon “Rhapsody Rabbit” parodies just how black the page of a Liszt score can appear.

But black MIDI arrangements make Liszt look almost like a warm-up exercise by comparison. To play this version of “Let It Go,” you might need magic powers like Elsa in Frozen.

Anyone who is a collaborative pianist knows what it’s like to be handed a score full of black on the page. Watching the video below – which shows the score of this black MIDI “Let It Go” while it is played – might terrify some musicians, even knowing it’s impossible to play.

Luckily, we can still hear the music thanks to the magic of MIDI technology.

For those who want to compare the black MIDI version to the original, you can listen to the Disney recording below.
Tags
Film and TV
Just for Fun
Video

In the Age of the Visual Album, What Can Opera Learn from Beyoncé?
Grammys 2022: See All the Classical+ Nominees (And Winners)
Bach, Borge, Biden: Ed O’Keefe, the CBS News White House Correspondent Who Came To Play
'The reach is exponentially larger': How Kamala Sankaram Brings New Audiences, Stories to Opera
Decade in Review: The 2010s and Classical Music
Ryan McKinny on His Friendship, Artistic Partnership With a Death Row Inmate: 'We’re Human Just Like Him'