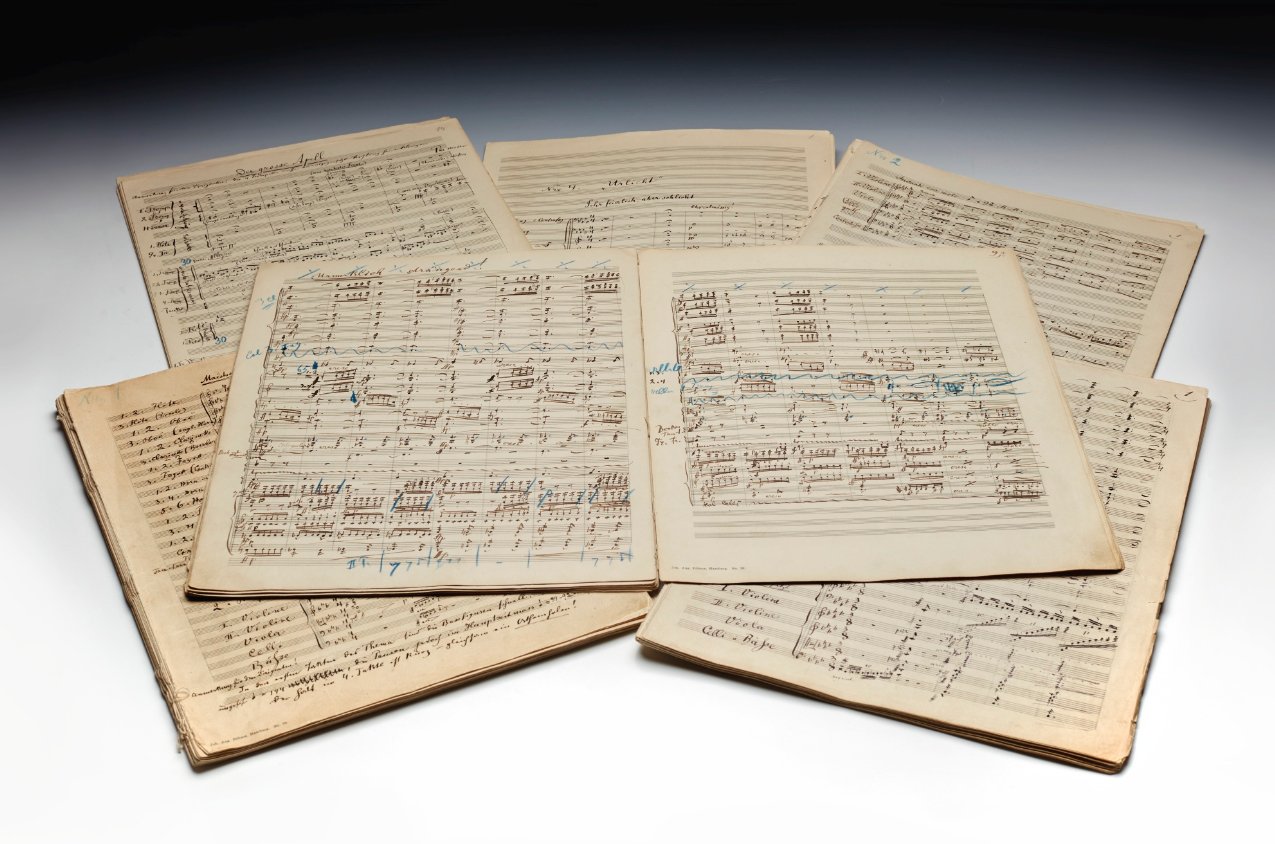 Sotheby’s London says the 232-page manuscript, written in Mahler’s own hand, is remarkable because it retains its original form and shows the process of composition. It includes original alterations and annotations, many in blue crayon. The document had never previously been offered or sold on the market.

The “Resurrection” symphony premiered in Berlin in 1895.

Sotheby’s said comparable music manuscripts to have been sold at auction include nine Mozart symphonies, which sold for 2.5 million pounds in London in 1987.

The auction house said the successful bid came from an anonymous buyer who bid over the phone in Tuesday’s auction.

In the Age of the Visual Album, What Can Opera Learn from Beyoncé?
Playlist: Your Guide to Chopin's Études
Bargain hunter scores 700-year-old medieval times document
U2, George Clooney, Amy Grant among Kennedy Center honorees
How Classically Trained Navajo Pianist & Composer Connor Chee Weaves His Sound
Capturing the Chevalier, One of the Most Remarkable Stories in Classical Music