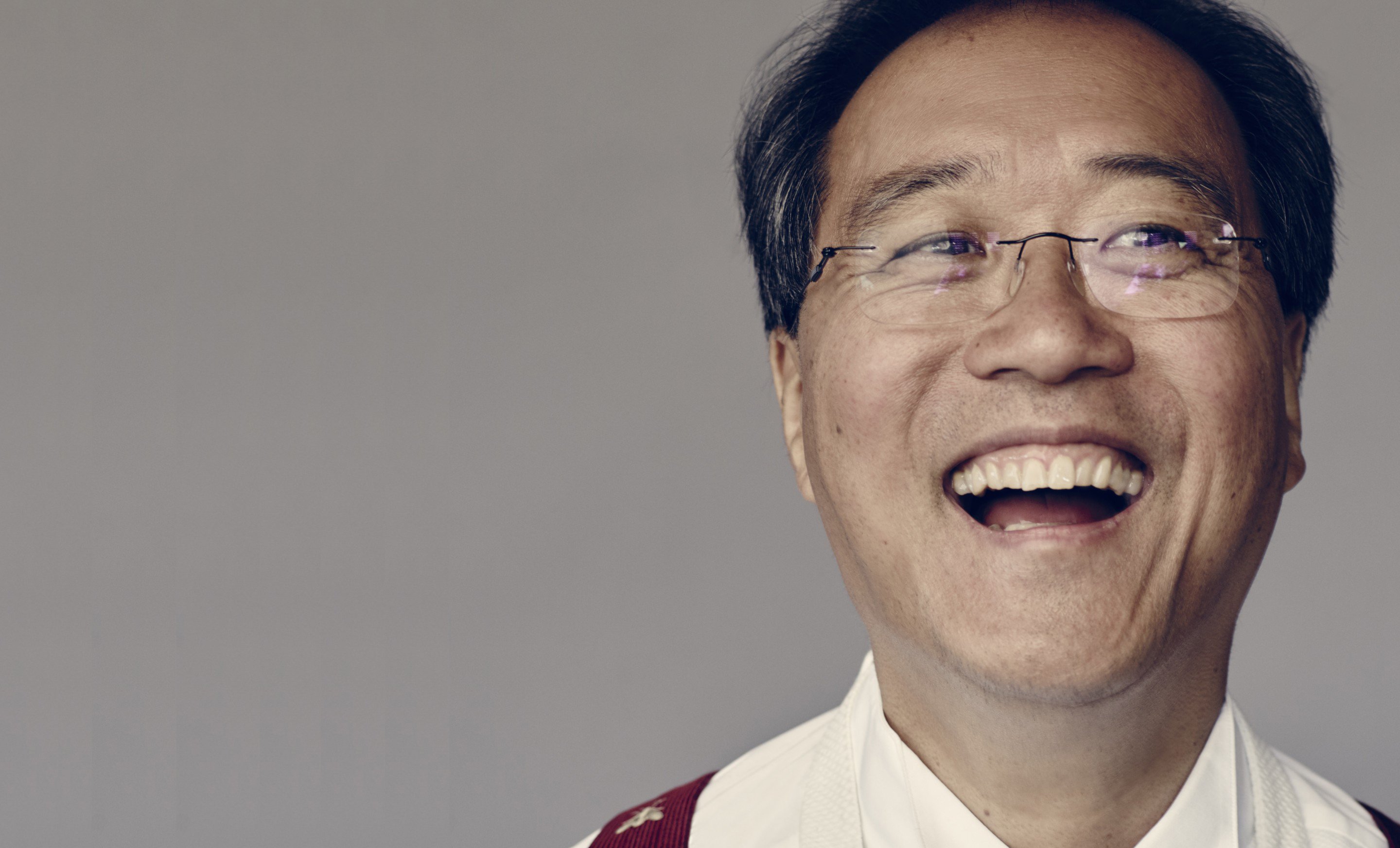 Cellist Yo-Yo Ma is not only one of the world’s most renowned musicians; he’s also a passionate advocate for using the power of music to create community. In his role as creative consultant to the Chicago Symphony Orchestra, Ma has developed an annual Bach Marathon with musicians from the Civic Orchestra of Chicago, CSO’s training program for young professional musicians, and the People’s Music School, which provides free music lessons to under-served children in Chicago.

During the third annual Bach Marathon on November 30, 2016, musicians from both Civic and the People’s Music School presented concerts at eight locations throughout the city of Chicago. Before the concert at the Apostolic Church of God in the Woodlawn community on Chicago’s South Side, Ma revealed the single most important piece of advice he has for young musicians today. Read his advice below.

“I think that a lot young musicians are incredibly well-trained to do fabulous things. The question I think I ask myself every day and I pose the same to others is, ‘What is it for?’ It sounds like a silly question but it’s actually hard to answer.

“I was just speaking with Istvan Loga, who teaches at the People’s Music School, and he taught there for a long time for free. That speaks to something I’ve been thinking a lot about recently: music is not a transaction activity at its core. So what Istvan was doing is saying, ‘I continue teaching because these kids needed it, it gave me so much pleasure to see them succeed.’ And Jennifer Kim Matsuzawa, the president and artistic director of the school, left her consulting job to run a school that is free for all the kids that apply. 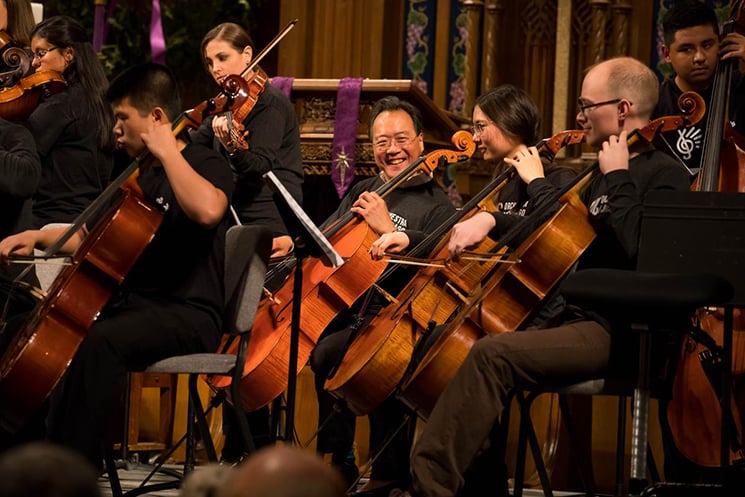 Cellist Yo-Yo Ma joins members of the Civic Orchestra of Chicago in at Fourth Presbyterian Church during the 2016 Bach Marathon presented with the People’s Music School (Photo: Todd Rosenberg)

Music is a service, not a transaction

“I’ve been thinking music is a service. Music was invented because it does something to create community. Yes, musicians need to live, they need to have food. The transactional part comes further down the chain. But if you make that your first priority, you’re not a musician. You’re just doing something as a tradesperson. The actual purpose of music is an offering. It’s a service. If you have that attitude, you can’t go wrong, because you’re always in the right place. You’re in the right state of mind to make that offering. What I admire about people like Jennifer is that they found that out themselves. Nobody said to them, ‘you should do this.’ They chose to do something and found out that it was the right way to do something.

“In the same way that people have nice neighbors, people have to look out for each other, but it’s not transactional. You don’t pay your neighbor to look after your house, they just happen to be there. It’s a very natural human thing. That’s what we treasure in any community. Someone might say, ‘this can be valued,’ and then we get into the transactional parts of it. But the very basic core of it is the neighborliness, the action that you give to someone because you have something that you want to offer it. That’s something that is so incredibly human that we never want to lose that.

You’re more than a score

“People are always trying to prove something through the job they have or the college that they get into. But you’re more than a score that you get on your SATs. Someone might say, ‘Oh I got a perfect score on my SATs.’ So therefore you’re better than someone who gets 10 points lower? No – that says nothing about whether you’re better at it. You just took the test and that day you got a perfect score. Terrific. That’s not all of you.

“We kind of lose track of all of what one person is, which is obviously unique, and instead we compare one little sliver of someone to one little sliver of someone else. We say, ‘I was top dog in this competition or that tennis match or in this job hunt.’ That’s not the human being. That’s just one measurement. But people start to define themselves by that and say, ‘Oh, well, you’re better than me and I resent that.’ That’s silly. That has nothing to do with you. But if you want to define yourself by that, you’re probably not looking at all of yourself.”

10 Woman Conductors You Should Know
Classical Coffeeshop
CSO Announces Winter/Spring 2022 Concerts
In the Age of the Visual Album, What Can Opera Learn from Beyoncé?
Grammys 2022: See All the Classical+ Nominees (And Winners)
Decade in Review: The 2010s and Classical Music