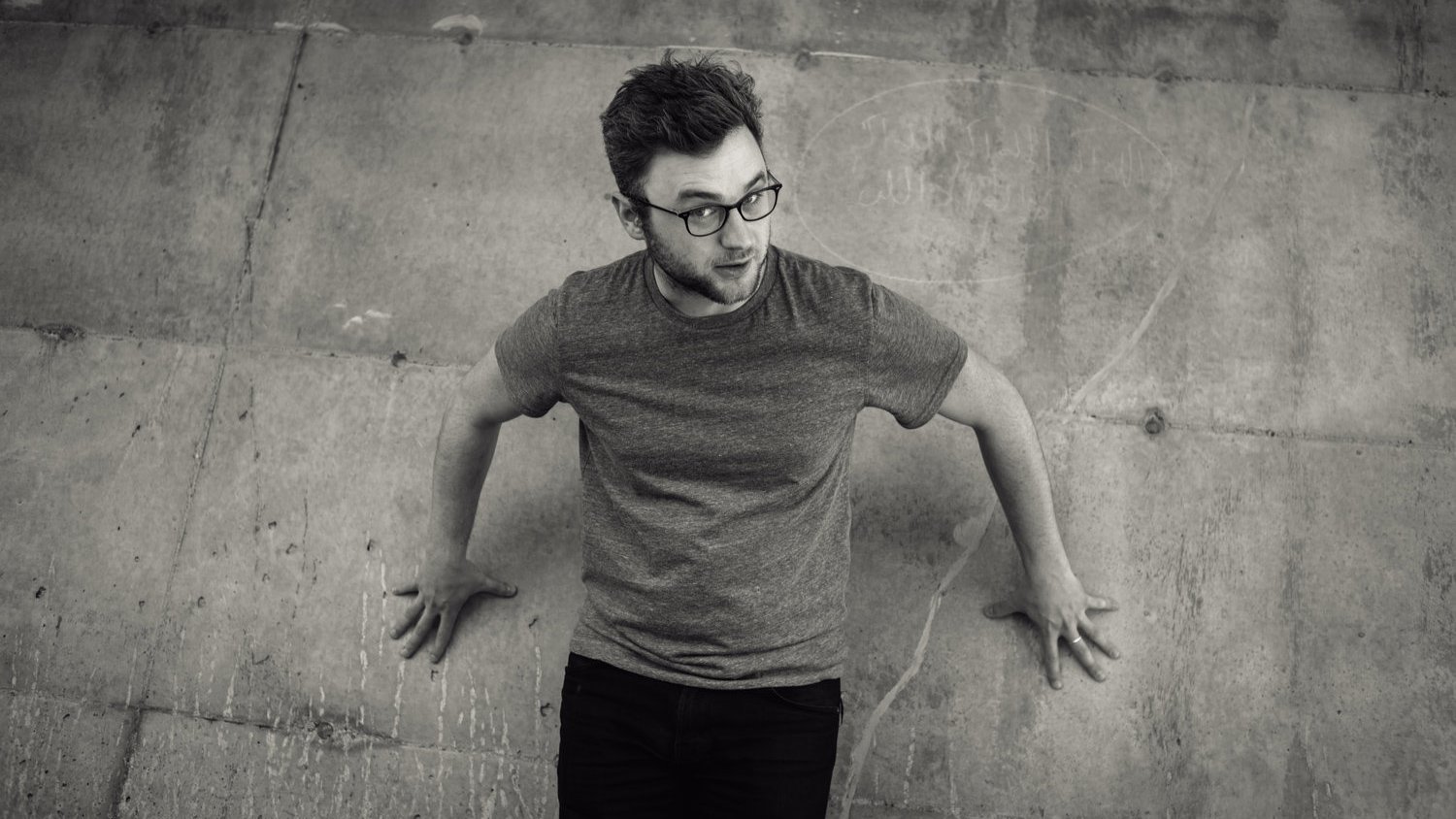 31-year-old composer Samuel Adams didn’t yet have specific ideas in mind when he began his three-year residency with the Chicago Symphony Orchestra two years ago. Rather, he developed them as he got to know members of the orchestra and music director Riccardo Muti.

Eventually, he decided that he wanted to write something that would “explore every possible extreme of what this orchestra can do coloristically,” and which would “push certain physical thresholds: where pitches distort, where gestures sink below audibility, and where forms inflate to points of collapse,” as he wrote in the notes for his piece many words of love. Adams spoke more about his latest work after a rehearsal in Orchestra Hall the day of its world premiere on Thursday, March 16, 2017.

What is this piece about?

That’s a hard question. I think sonically it’s about finding extremes. It’s not necessarily about love – maybe it is – I don’t know if I can tell you. But the title comes from a fragment from Schubert’s “Der Lindenbaum,” a song in Winterreise. I fell in love with it through a contemporary work by Carl Stone, an incredible American minimalist, who sourced Schubert through yet another work.

Stone spent most of his career creating these kinds of algorithmic, gently pulsing, expanding electronic works. And he has one piece, Shing Kee, which is based on two little fragments from a recording of Akiko Yano, the Japanese pop singer, singing “Der Lindenbaum” in English. And it’s this bizarre, wonderful world that he creates. I’ve been in love with this piece for 10 years or so.

Did you already have an idea of what you wanted to compose for the CSO when you won the Mead Composer in Residence position?

No. I had no idea. When I was selected to work with MusicNOW [the CSO’s concert series at the Harris Theater featuring new music] and the Orchestra I had 10 projects already in the works and I had to give them my full attention first. But I had two years to get to know the orchestra beforehand.

Can you point to a moment in your relationship with the orchestra over the last two years when ideas for this piece started flowing?

I don’t think so. No, I don’t think there was a single moment. All my pieces are kind of an outgrowth of a long, convoluted and ever-changing process.

What defines success for you for a new work?

So many things. I don’t want to speak for all composers, but I assume that many composers feel the same way, which is that I want to create music that is somehow self-evident, that draws people in and that can move people. And that can make someone feel connected to something.

I don’t know necessarily what it is that I’m hoping people will connect with – if it’s themselves or if it’s the music or if it’s the players on stage. But when I think about the very important musical moments in my life they’re defined by feeling presence with oneself or with another or with – I don’t know if you’re religious – whatever you may believe to be some kind of truth. I know this sounds very lofty and grand and silly [chuckles] but, I’m looking to create presence.

For more information about performances of Sam Adams’s many words of love visit the Chicago Symphony Orchestra’s website.

How Classically Trained Navajo Pianist & Composer Connor Chee Weaves His Sound
Musical Tails: 6 Composers Who Wrote Music for Pets
Playlist: Classical Coffeeshop
In the Age of the Visual Album, What Can Opera Learn from Beyoncé?
Playlist: Your Guide to Chopin's Études
Creating a Space for Empathy: Composer Joel Thompson Speaks About 'The Seven Last Words of the Unarmed'