Sitarist Gaurv Mazumdar has been making music since he was a child, though first as a singer and violinist. Later, he began studying sitar with Pandit Ravi Shankar. Since, he has collaborated with some of the greatest musicians from different traditions, from internationally acclaimed veena player Jayanthi Kumaresh to legendary composer Philip Glass. In 2004, Mazumdar was nominated for a Grammy Award for his recording of East Meets West with violinist Daniel Hope.

On his most recent trip to Chicago from Delhi, Mazumdar gave WFMT fans an online introduction to classical music traditions in India. You can watch a concert and conversation with Mazumdar broadcast live on Facebook here, and enjoy him performing below.

Because Mazumdar was performing in the middle of the day, he selected music appropriate to that hour. The twenty-four hour day is divided into eight periods, each approximately three hours in length.  Each period of the day, or “prahar,” has ragas that are particular to it. Mazumdar explained why he decided to play raga Gaud Sarang.

“When I was growing up I heard this from a musician who was traveling. I was living in a small town before moving to Delhi and the musician had come from a remote village. He was playing this melody which was really haunting, really beautiful. I asked, ‘What raga is this?’ He said, ‘a very beautiful afternoon raga: Gaud Sarang. It’s got that certain abstractions of the afternoon, you know?’

“The day is half gone,” Mazumdar explained, “there’s a sense of loss but also a sense of happiness as you approach the late afternoon, especially the evening when everyone is coming home from work and everyone is going to be together. It has a mixed feeling of a little bit of loneliness and loss, but it’s a very beautiful raga.”

Gaurv Mazumdar appeared in Chicago with Crossing Borders Music and performed for WFMT live from the PianoForte Foundation. 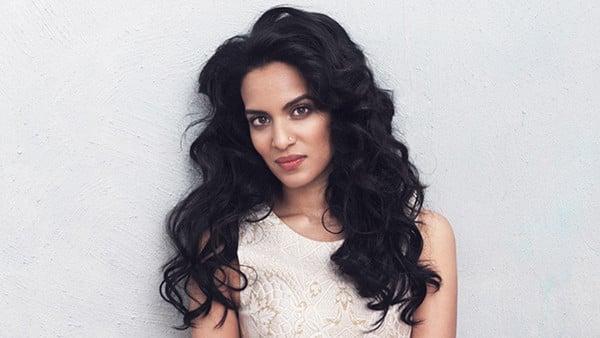 Sitarist Anoushka Shankar on Sexism, Collaboration, Her Return “Home” to the United States