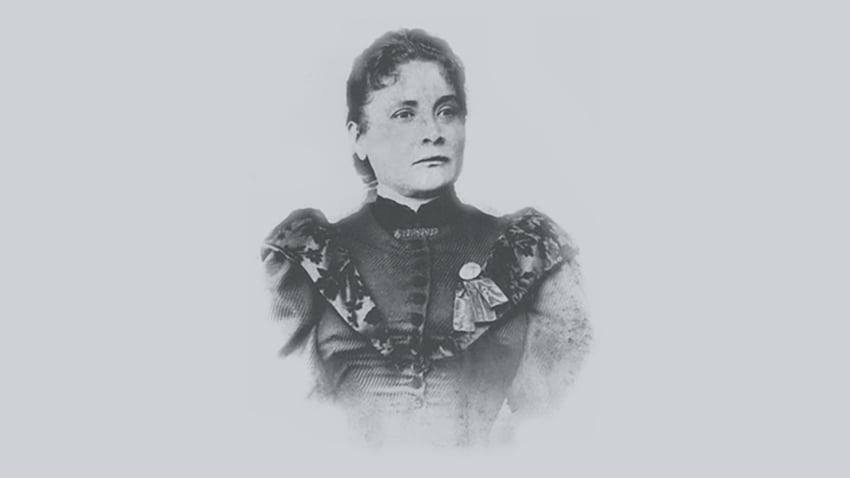 When Brazilian pianist, conductor, and composer Chiquinha Gonzaga’s first husband told her to choose him or music, she replied, “Well, sir, my husband, I do not understand life without harmony.” Shortly after, they parted ways. The stigma of divorce, however, followed her. Shunned by her own family, Gonzaga was left to fend for herself in Rio de Janeiro. During the patriarchal Second Reign of Brazil, which lasted from 1840 to 1899, it was considered scandalous for a woman to pursue a career as a professional musician.

Gonzaga seems to have made a good choice picking music over her marriage. She quickly established herself within the musical community of Rio and became Brazil’s first female conductor. Gonzaga composed many pieces, including 77 stage works. Over 300 of her compositions, which blend Brazilian and European musical traditions, were published during her lifetime. You can explore her scores, from her polkas and tangos to her mazurkas and maxixes, online at the Acervo Digital Chiquinha Gonzaga.

One of Gonzaga’s best-known works, “Atraente” (“Attractive”), was also her compositional debut. Though she wrote it in 1877, it easily sounds as if it could’ve been composed 100 years later. “Atraente” was called a polka when it was first published in 1881. However, in 1932, when the work was republished in a larger collection, it was labeled “choro” instead. Choro is a style of music that developed in Brazil in the late 1800s, thanks in part to composers like Gonzaga who combined many different musical elements, including polka, waltz, ragtime, and Afro-Brazilian rhythms, into the same musical works. The word “choro” means “to cry” in Portuguese, and refers not to the music’s emotional character but to the wailing qualities of the flutes and clarinets that often play the melodic line in choro music. Choro also serves as the accompanying music to maxixe, a Brazilian dance style with roots in polka, tango, and lundu, a style of Afro-Brazilian music and dance originating from Bantu and Portuguese traditions.

But not everyone was a fan of Gonzaga’s cross-cultural compositions. Gonzaga’s family was threatened by her success as a female composer. In fact, her family members destroyed scores of “Atraente” sold by enslaved people in the streets, according to chiquinhagonzaga.com. Despite their efforts to stop the circulation of “Atraente,” the piece is a canonical work in the choro repertoire and remains popular to this day. Listen to a recording of “Atraente” below.

Or listen to the piece as it was originally composed – for piano. On the piano, “Atraente” almost sounds like a piano rag by one of Gonzaga’s contemporaries in North America – Scott Joplin. In fact, music lovers at the time heard a lot of similarities between choro and ragtime. In the United States, choro music was easy to market because the maxixe, a dance style that paired perfectly with choro, was popular.

“Ô abre alas!,” which Gonzaga wrote in 1899, also left its mark on the Brazilian musical canon. This tune was the first Marchinha de Carnaval, or carnival march, in Brazil’s history, effectively creating a new national genre. Before then, the samba-enredo, a type of samba, was the prevailing music of the country’s carnival celebrations. Listen to “Ô abre alas!,” whose title translates to “Open Wings” in English, below.

In Their Own Words: Inspiring Quotes From Classical Artists and Friends Who Died in 2022
How Classically Trained Navajo Pianist & Composer Connor Chee Weaves His Sound
Earth Day 2020: Stacy Garrop's 'Terra Nostra'
10 Woman Conductors You Should Know
Musical Tails: 6 Composers Who Wrote Music for Pets
Grammys 2022: See All the Classical+ Nominees (And Winners)