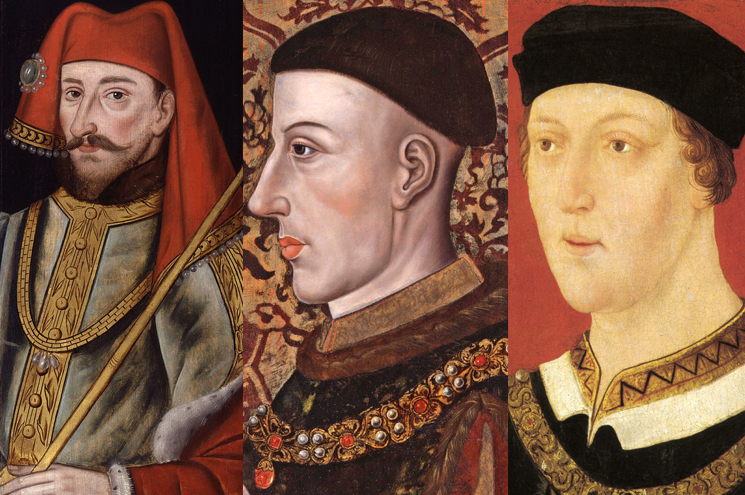 One of the most important and complete collections of English sacred music, the Old Hall Manuscript, was compiled between 1415-1421. The volume contains two mass movements – Gloria and Sanctus – written under the name Roy Henry. Since “roy” translates loosely to “king” from Middle French, music historians agree that Roy Henry was an English king with a penchant for composition.

But the debate’s still out: Which King Henry was he? 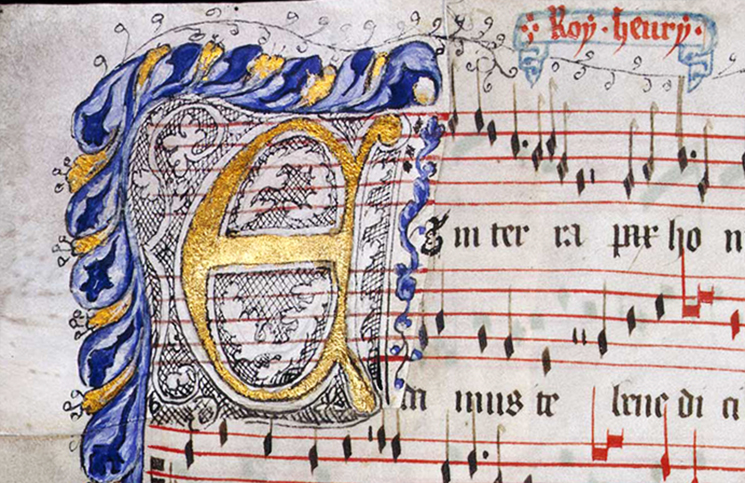 Roy Henry’s “Gloria” from the Old Hall Manuscript, one of the most historically significant collections of religious music from England.

A single scribe compiled the Old Hall Manuscript, and the dates line up with King Henry V’s reign, which lasted from 1413-1422. Scholars believe that most of the manuscript’s 137 original folios were written between the late 14th and early 15th centuries – right in the thick of King Henry IV’s 1399-1413 rule. The hypothesis that Roy Henry was Henry VI has been long debunked, as Henry VI was only a small child when Roy Henry’s Gloria and Sanctus were written.

William Barclay Squire, a musicologist who analyzed artifacts such as the Old Hall Manuscript for the British Museum’s music collections, made the first guess: that Roy Henry was King Henry VI. Squire based this conclusion on the dates of other archived materials the British Museum had access to at the time, the turn of the 20th century.

Since then, most music scholars have dismissed Squire’s estimate in favor of two likelier subjects:  King Henry IV and King Henry V.

An argument in favor of King Henry IV comes in the form of a description of the monarch written by John Strecche, a church official who served during much of Henry IV’s reign. Translated to English from Latin, Strecche writes: It’s possible that Roy Henry and Henry IV were one in the same, though evidence of Henry IV’s failing health calls this theory into question.

“And so King Henry was crowned: he was comely of form, strong among men, an active soldier, bold in arms, wise and circumspect in all his acts of knighthood, always fortunate in war, prosperous in deeds, and glorious victor everywhere; brilliant at music, and marvelous at letters, above all at moral philosophy.”

Of course, loose praises about a king’s musical abilities do not a composer make. Some historians suggest that the Old Hall Manuscript was a project spearheaded by Henry IV around the end of his reign.

Other musicologists cite Henry IV’s declining health from 1406 onward as a nonstarter, and indeed, the most popular opinion in today’s scholarship – though still inconclusive – is that King Henry V is Roy Henry’s true identity. 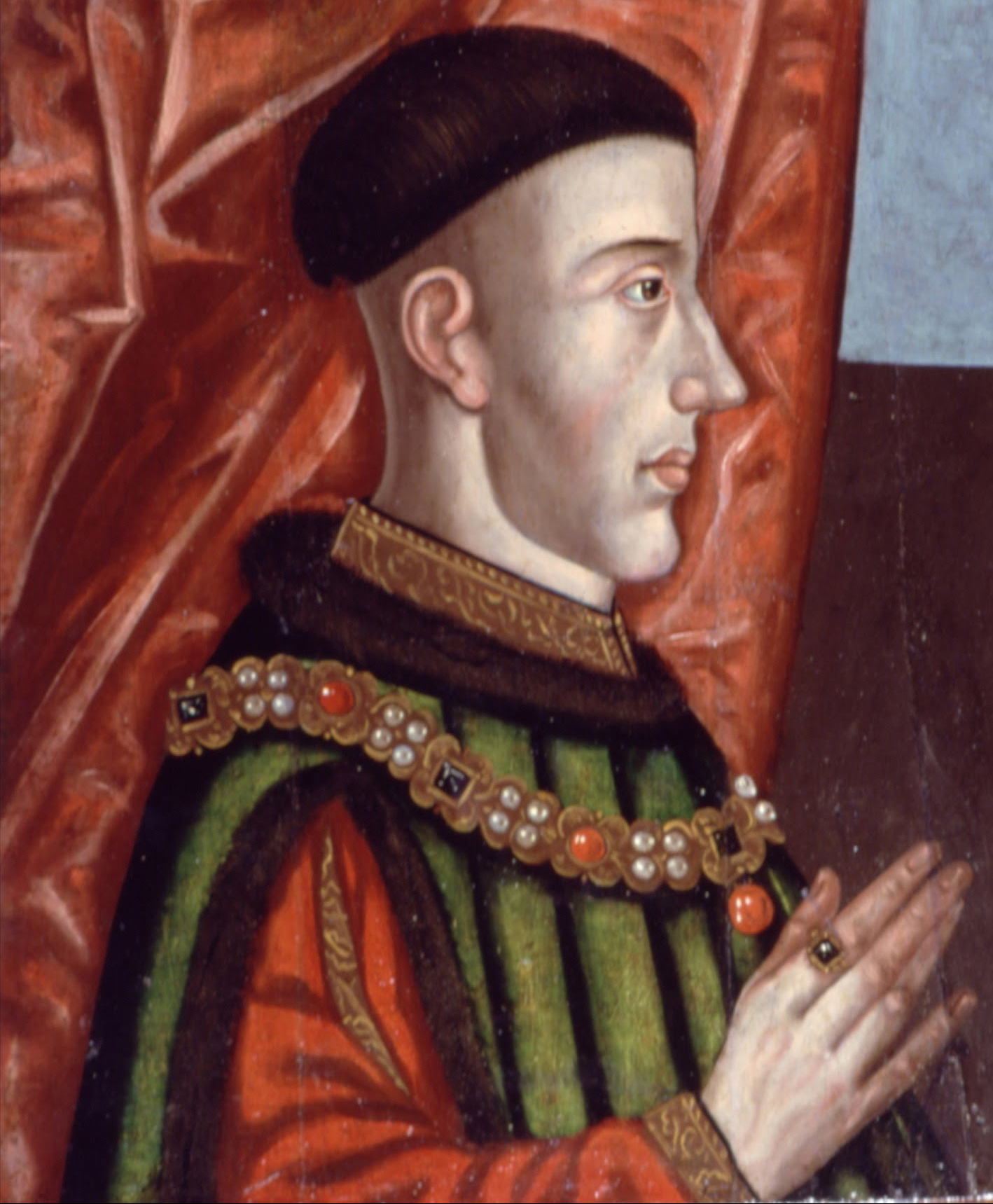 Many scholars believe that Henry V is most likely the man behind Roy Henry’s works.

Malcolm Vale, an emeritus research fellow in history at St. John’s College in Oxford, writes in his book Henry V: The Conscience of a King, “To see, as some have done, the Old Hall ‘Roy Henry’ pieces as products of the later years of an ailing and increasingly infirm Henry IV may also raise more problems than it solves.”

Margaret Bent, musicologist and author of the article “Sources of the Old Hall Music,” echoes this opinion, adding, “Henry V need not have been king when he wrote the music, only when the Old Hall scribe made his attribution.”

Regardless of whether Roy Henry was the fourth, fifth, or sixth, you can enjoy this interpretation of the “Sanctus” from the Old Hall Manuscript below.