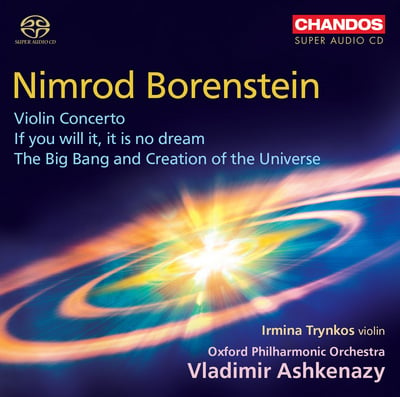 The legendary conductor Vladimir Ashkenazy, with the Oxford Philharmonic Orchestra and the promising young violinist Irmina Trynkos, presents the premiere recording of three works by Nimrod Borenstein. The past few years have seen a number of Borenstein’s compositions presented at prestigious venues in London, Zurich, Paris, and New York. If You Will It, It Is No Dream was written especially for a concert given by Ashkenazy at the Royal Festival Hall in 2013, where it met with great acclaim.