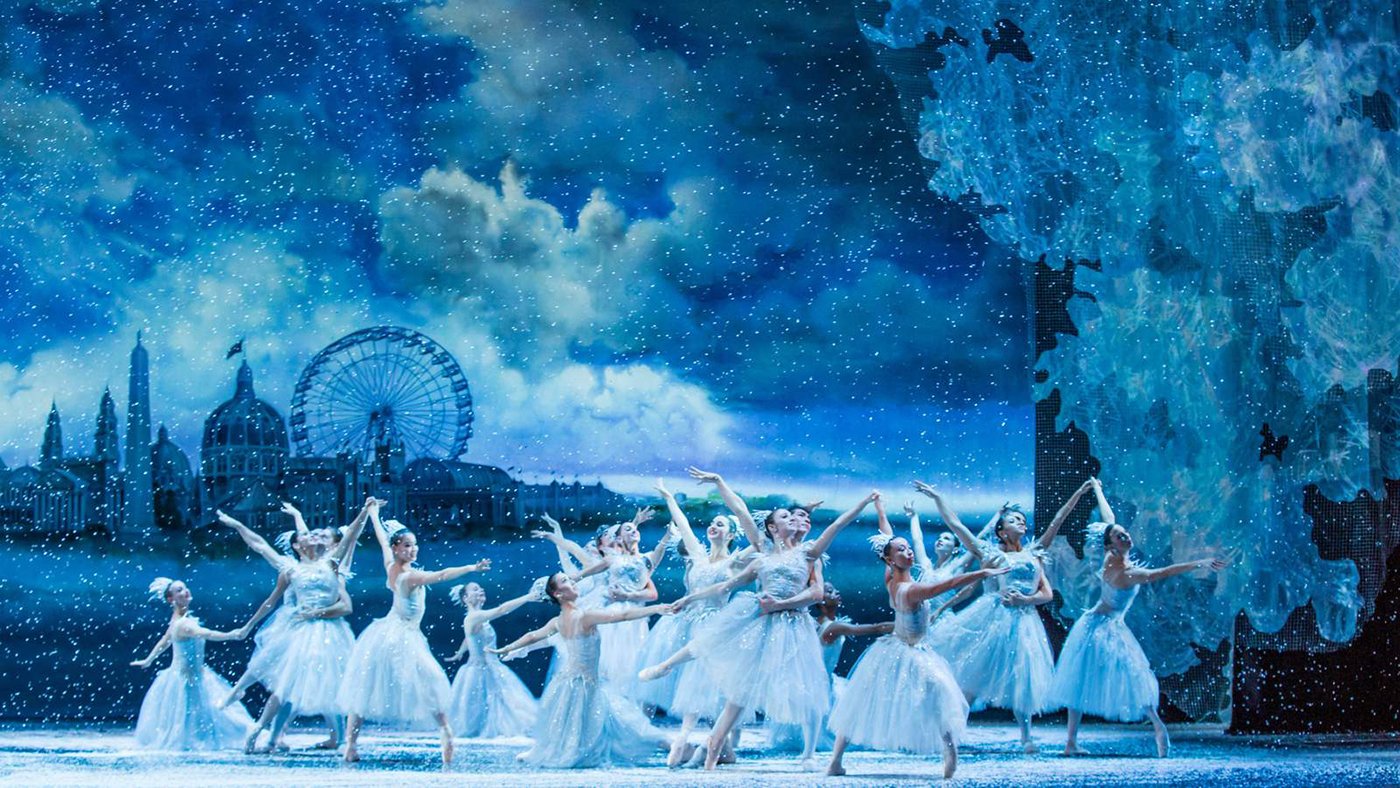 Tchaikovsky composed The Nutcracker, one of the most beloved ballets of all time, begrudgingly. He was writing an opera, Iolanta, for the Mariinsky Theatre that was scheduled to premiere during the winter of 1892. But the Mariinsky’s management was worried that Iolanta would not sell enough tickets, and convinced Tchaikovsky to create a holiday ballet that, hopefully, when paired as a double bill with the opera, would preclude financial losses. The rest, they say, is history, and the holidays wouldn’t be the same without Tchaikovsky’s Nutcracker.

Conductor Scott Speck, who co-authored Classical Music for Dummies and leads the Chicago Philharmonic for performances of The Nutcracker with Joffrey Ballet, explained what makes Tchaikovsky’s score as addictive as your favorite holiday treats. Disclaimer: Speck is a nut for The Nutcracker. The very first record he owned as a young music-lover was an album that had The Nutcracker on one side and Peter and the Wolf on the other. The first musical score he purchased was the The Nuctracker. Since, he’s conducted approximately 350 performances of the ballet, both with Joffrey and other companies across the United States.

“In The Nutcracker, we hear Tchaikovsky’s unending gift for melody. We hear new melodies almost every minute for two hours, which is beyond what even the greatest film composers do sometimes. We hear Tchaikovsky’s skill as a craftsman and his incredible ability to create different colors in the orchestra. Immediately, his music evokes a place more magical than our own.”

Below hear members of the Chicago Philharmonic play your favorite excerpts from The Nutcracker and dig into the music with Speck to discover why it sounds like sugar, spice, and everything nice. 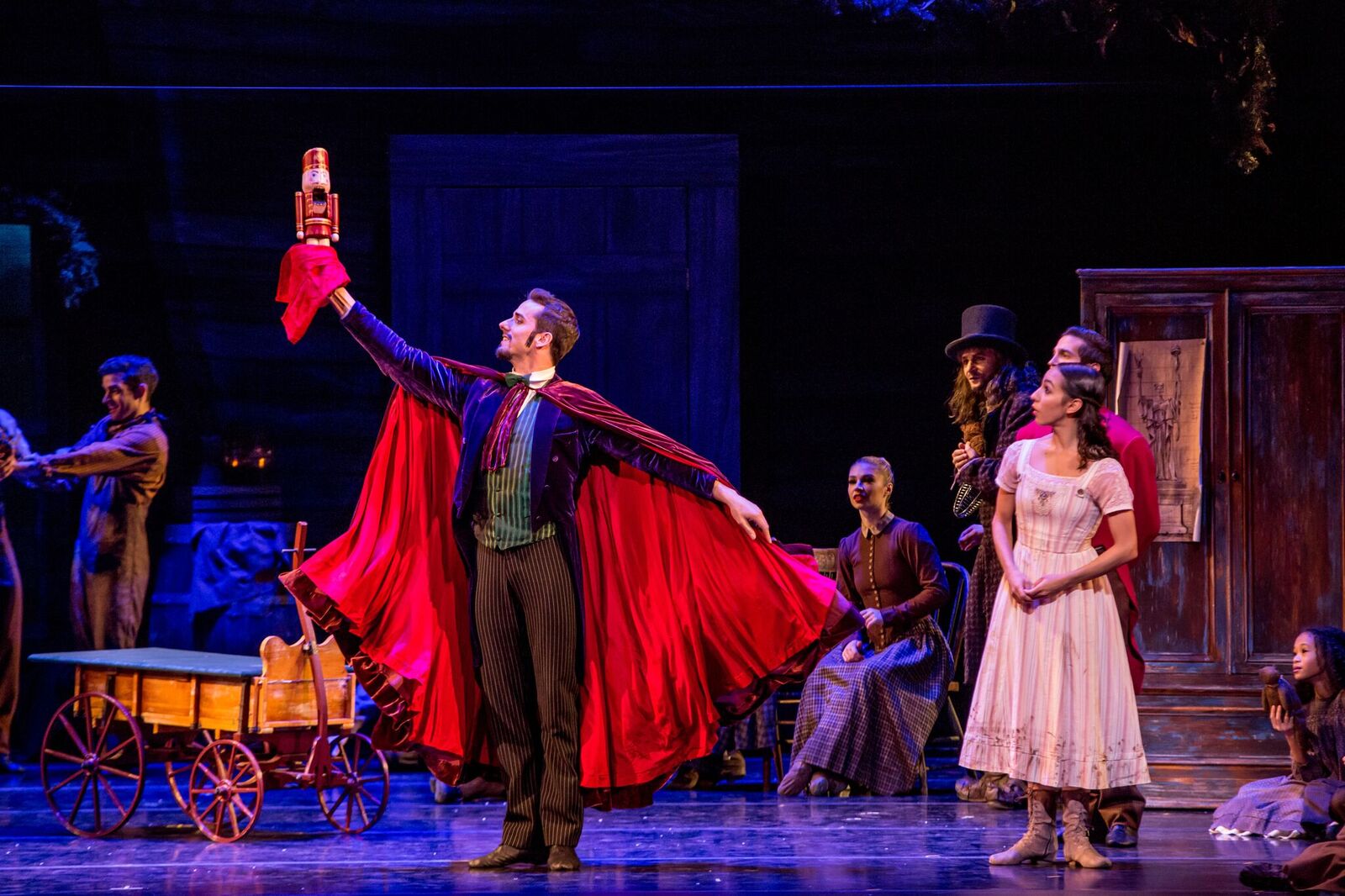 We are instantly drawn into the world of The Nutcracker with Tchaikovsky’s Miniature Overture. “The first theme” in the overture, Scott Speck said, “is light and perky and it really evokes the character of a music box and the kind of thing you’d hear if you wound up a music box.” Tchaikovsky handled the string section of the orchestra in a unique way to help create this effect: the first violins, second violins, and violas are each divided into two sections – six string parts in total. But we don’t hear the cellos or double basses at all! Because the bass line is played by the violas and we don’t hear other low instruments like trombone or tuba, the overture sounds light and playful. 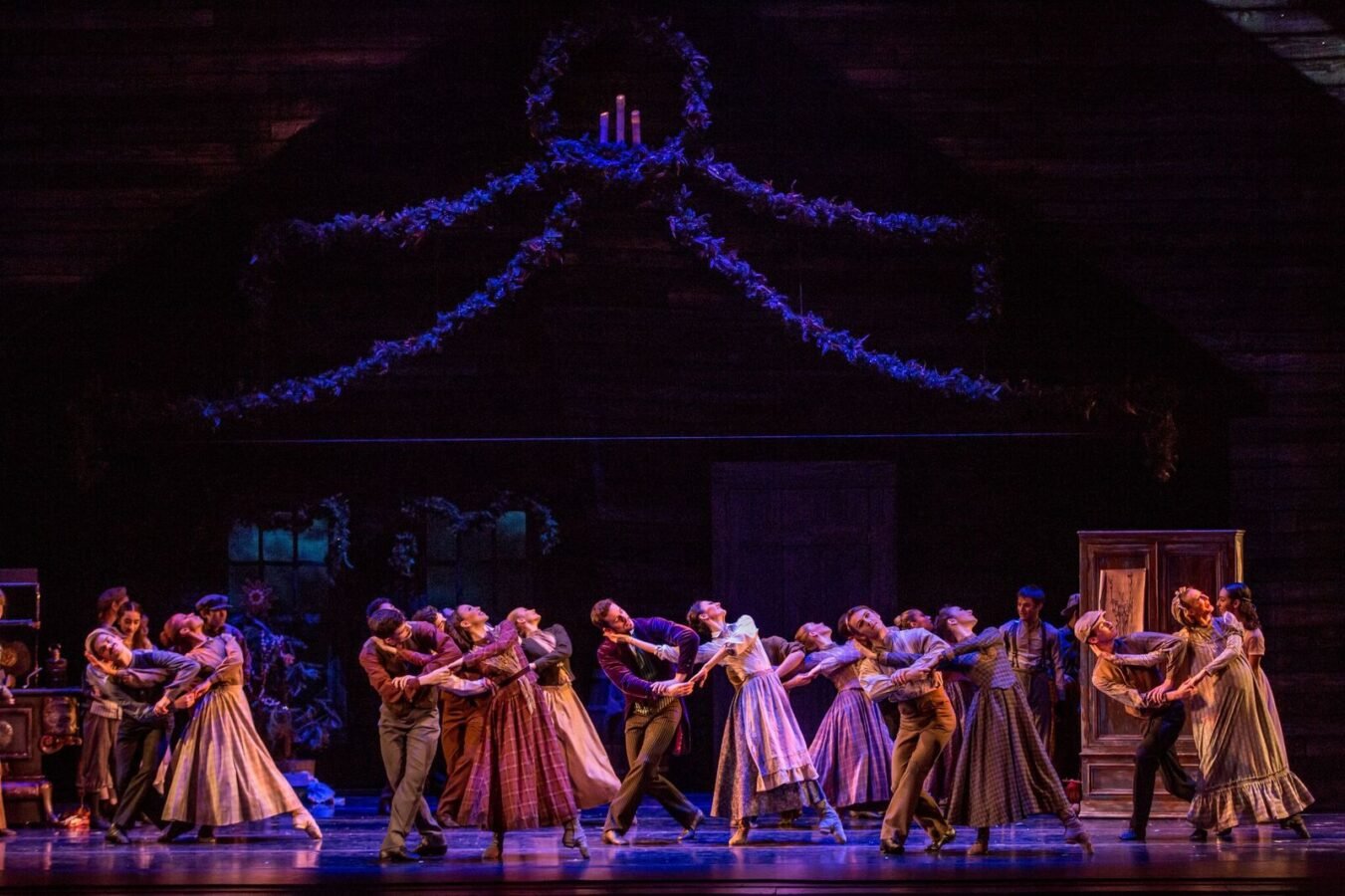 The Act I March is “the first thing that people who grew up only with The Nutcracker Suite would recognize,” Speck said. It also “has the greatest variation in tempo from production to production of The Nutcracker. However it’s played, it’s usually lighthearted and never feels ponderous because of the staccato rhythms that we hear.” This might be, Speck suggests, because of the triplet rhythms that we hear, “which pull you into the next beat and sound almost like a mini fanfare.” We also hear some dotted rhythms that almost sound like skipping. Overall, “It’s the kind of march you might expect toy soldiers to do,” Speck added. 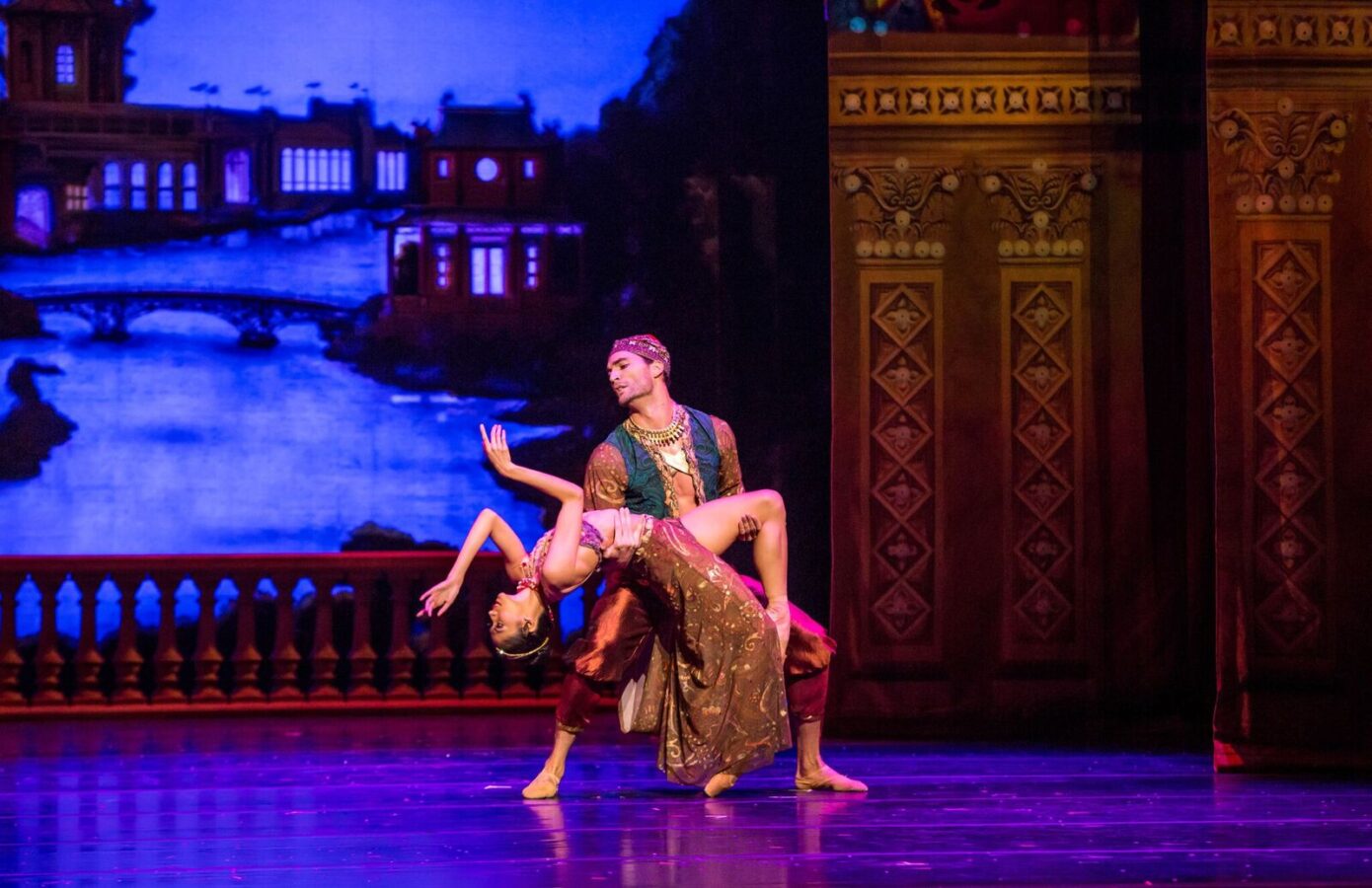 “To many people in the 18th and 19th centuries, anything that was meant to sound sort of ‘eastern’ or ‘Arabian,’ or anything east of Vienna, basically just sounded Turkish,” Speck explained. In the Arab dance, which also represents coffee in the Land of Sweets, there are several musical devices that Tchaikovsky included to seduce the listener and create an impression of eastern otherness. First, we are drawn in by repeated notes heard in the violas and cellos – a drone that continues throughout the entire piece. This lets you know the dance will be repetitive and lull you into a different mood. Even with changes of harmony, the bass line continues with this hypnotic pedal tone.” We also hear a “slightly different scale or mode that is used, which is perhaps evocative of some kind of indistinct eastern sounds.” Though some elements of the piece are far from authentic, “something Tchaikovsky did get right is his use of the woodwinds. There’s a Moroccan instrument called the rhaita that is related to our oboe or English horn, and which I have to say, sounds kind of similar.” 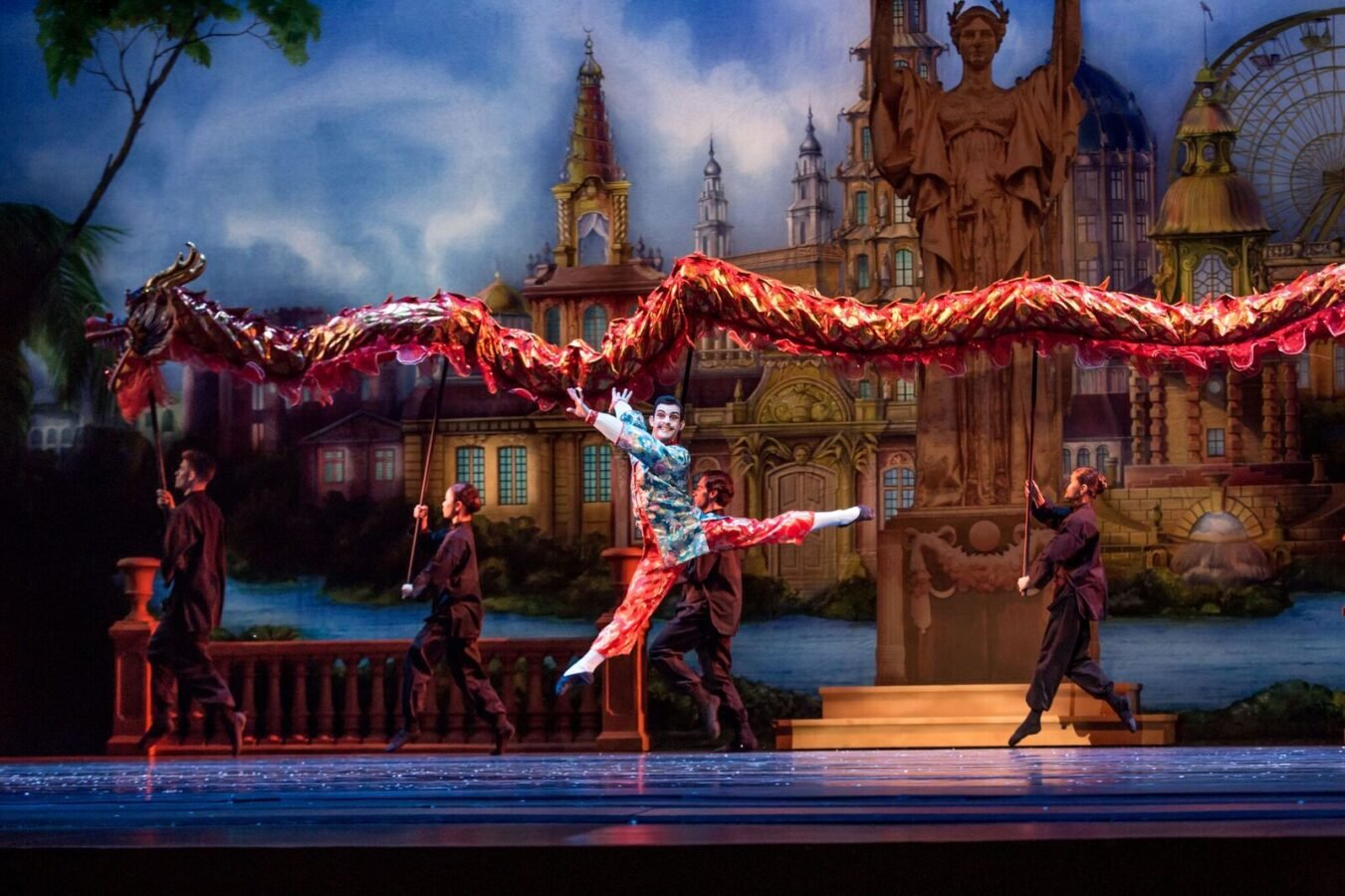 Like in the Arab dance, the Chinese dance in Act II sounds less like Chinese music than we might expect. “If Tchaikovsky had ever heard Chinese music, he wasn’t trying to compose Chinese music in this movement,” Speck said. He explained that “a lot of traditional Chinese music is pentatonic,” meaning it is composed in a scale with five notes per octave, rather than eight, with a particular pattern of half-steps and whole-steps to create the scale. “But there’s nothing pentatonic in this piece. The only thing, I think, that sounded Chinese in Tchaikovsky’s mind was exploring somewhat extreme registers in the woodwinds. We hear a playful theme played in the flute, the piccolo comes in and plays an octave higher. There’s also bells and percussion that come in at the end, which again is a nod that people looked to Turkey, which is as far as their musical world went, when they wanted to evoke anything eastern.” One thing that makes this movement especially fun and festive, if not authentically Chinese, is the “dialogue between the high woodwinds and pizzicato strings, which creates fantastic changes in orchestral color and is very lighthearted.” 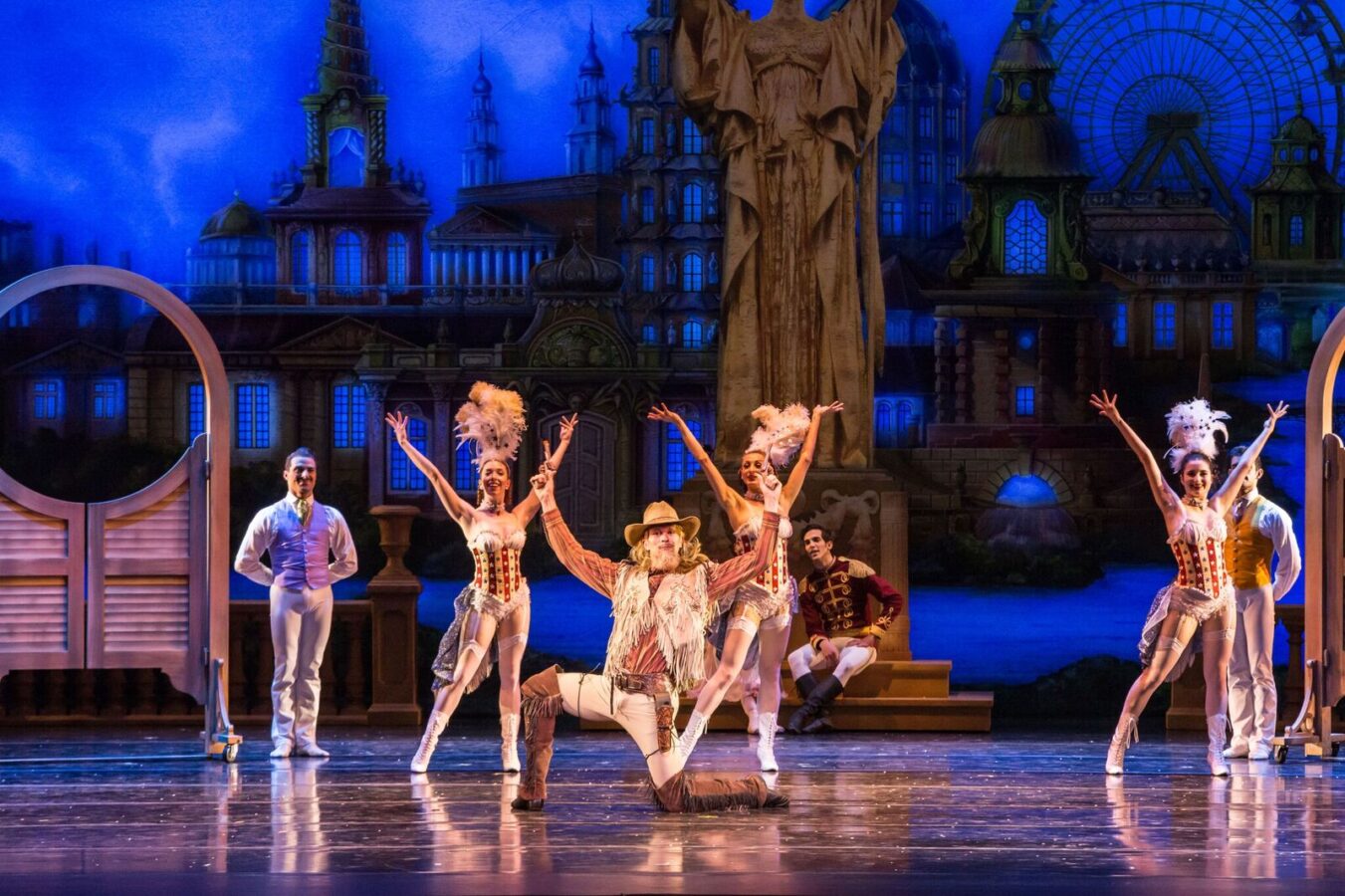 People love the trépak, a “hyper energetic” Russian dance featured in Act II, because “it’s fast and it gets faster,” Speck said. “It’s the ultimate dance aerobics. You watch dancers perform to this piece and wonder, ‘How does anyone have the energy to keep that up?’ There are big accents every two bars and galloping rhythms, and you cannot listen to this and think anything other than fast. It ends with a galloping accelerando that the orchestra plays as quickly as the dancers can dance to it. If I conduct this movement without dancers, I would take it even faster.”

Dance of the Reed Flutes 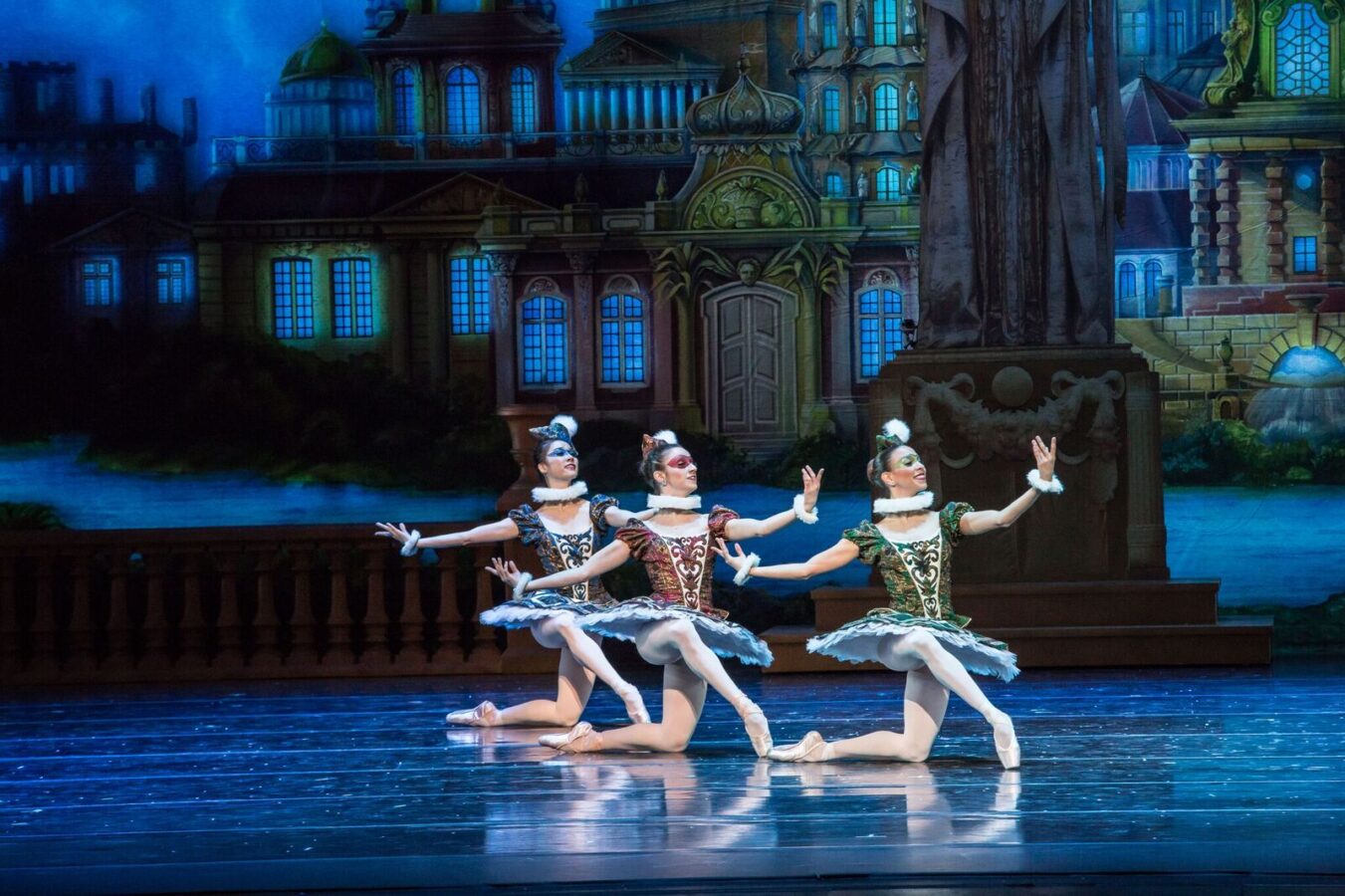 “This movement was supposed to mimic actual flutes, embodied. The brilliant genius of this piece is that,” at the beginning, “he creates this entire world using only three flutes and pizzicato strings. It creates this sense of buoyancy and motion that you wouldn’t get if there was a larger ensemble, but it’s a brilliant masterstroke of orchestration, in my opinion. There are only two moments in all of Nutcracker where you’re really aware there are three flutes playing in the orchestra, one is when Drosselmeyer makes his entrance in Act I, and the other is here. We’re drawn in with the sonority of the flutes, and we hear them low in their register, and then Tchaikovsky pulls them all the way up to the higher end of their register. It’s absolutely graceful, and gracious, and endearing, and alluring. And then we have this lovely English horn solo that is long and languid and contrasts these short, staccatissimo melodies in the flutes.”

Waltz of the Flowers There are no shortages of waltzes in ballets, but no two waltzes are alike. There are a few things that make the Waltz of the Flowers one of the most recognizable pieces in all of The Nutcracker. “The way that the horns are used is somewhat unique in horn literature. You usually hear a triumphant solo as a kind of occasionally short melody or fanfare, but here what we have are four horns playing a very tender theme together as a unit,” Speck said. “Who would have thought to do that to the horn?” Tchaikovsky, that’s who! “It’s tender, and loving, and warm.”

Dance of the Sugar Plum Fairy 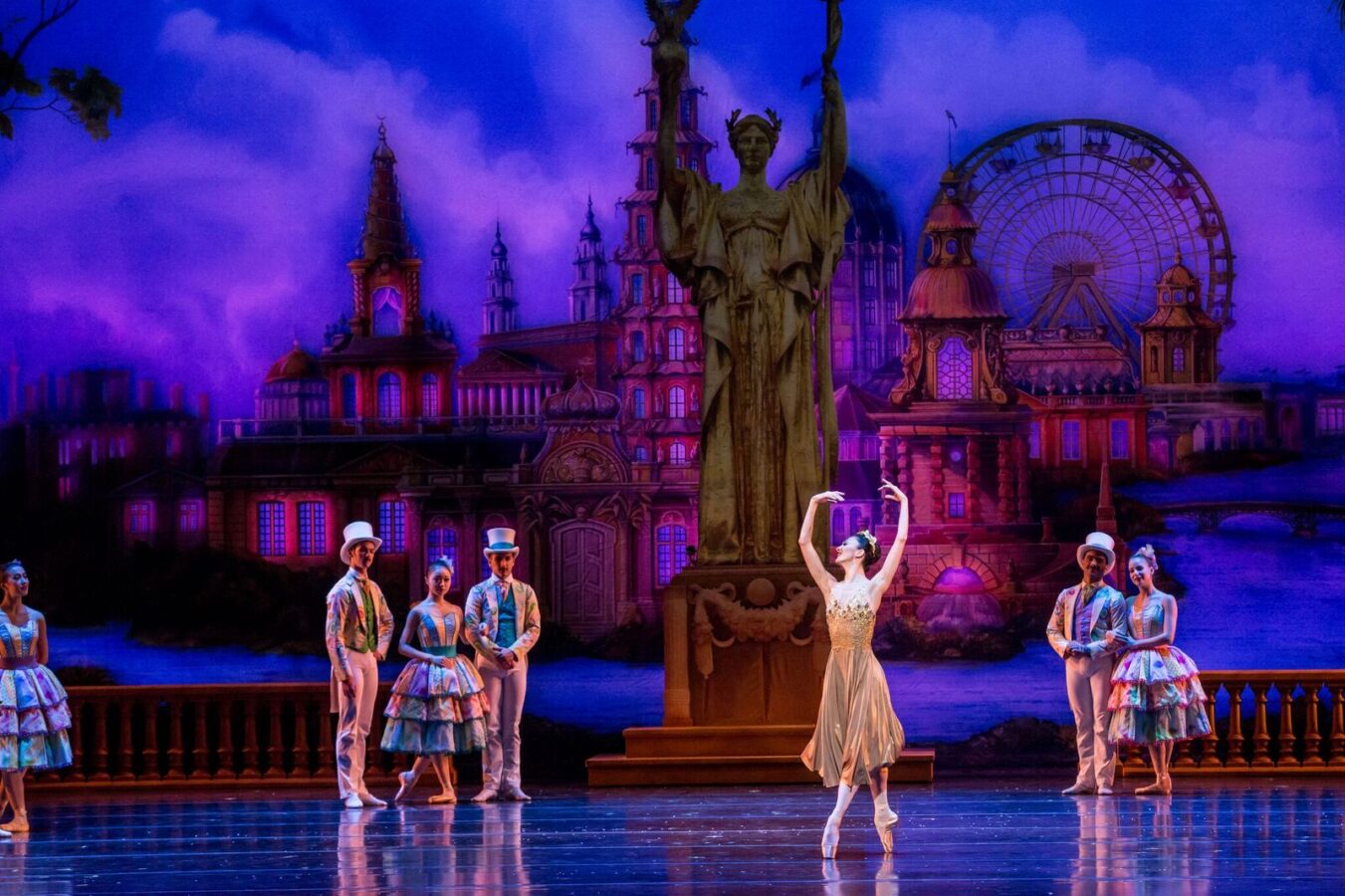 One of the most magical movements in The Nutcracker might be the Dance of the Sugar Plum Fairy. Tchaikovsky must have made quite an impression on the first audiences in Russia, who at the time had never before heard the bell-like celesta before. Tchaikovsky had a celesta imported from France, though kept the whole operation very hush-hush, fearing that other musicians in Russia might find a way to use it before he did in The Nutcracker. The sound of the celesta, combined with the use of pizzicato strings sounds like, “angels balancing on the head of a pin, which is exactly what you want when you’re creating music for this style of dance.” Hear the movement in a version for chamber ensemble below.