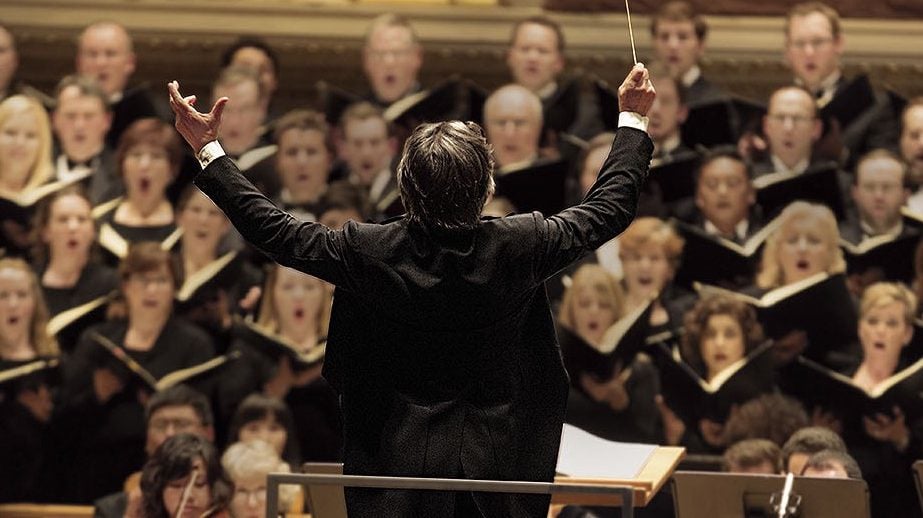 Maestro Riccardo Muti, who made the announcement along with CSO president Jeff Alexander, returns for his ninth season as music director and leads 10 weeks of subscription concerts. Helen Zell, the Association’s board chair, also announced that Muti accepted an invitation to extend his contract through the 2021/2 season. Muti became the orchestra’s 10th music director in 2010.

During the 2018/9 season, the orchestra will perform works that share messages of hope and peace throughout the season, both at Symphony Center and across the Chicago area, to commemorate the centennial of the Armistice of World War I.

The season opens with Muti leading Shostakovich’s Symphony No. 13 in B-flat Major, Op. 113 (Babi Yar), which sets to music five poems about the massacre of Jews in Kyiv during World War II. Other season highlights with Muti include performances of Mozart’s Requiem, Verdi’s Requiem, and Verdi’s Aida.

Guest conductor Marin Alsop leads the orchestra in a program of works written during times of war, including pieces by Frank Bridge, Aaron Copland, Prokofiev, and a new work by Bruno Mantovani commissioned by the CSO and the Pritzker Military Foundation.

Daniel Barenboim, who served as the CSO’s music director from 1991-2006, conducts the orchestra for the first time since 2006 in November 2018. He will also lead the West-Eastern Divan Orchestra, which he founded, in a performance at Symphony Center that month.

Other esteemed guest conductors to return to Symphony Center this season include Bernard Haitink, who leads performances of Bruckner’s Symphony No. 6 and Beethoven’s Second Piano Concerto, and Michael Tilson Thomas, who will conduct an all-Russian program with works by Stravinsky, Tchaikovsky, and Prokofiev.

Other artists to return to Symphony Center include mezzo-soprano Joyce DiDonato, who will perform in Berlioz’s The Death of Cleopatra, as well as mezzo-soprano Sasha Cooke and tenor Nicholas Phan, featured in holiday performances of Handel’s Messiah. Pianists Daniil Trifonov, Paul Lewis, Emanuel Ax, and Mitsuko Uchida, as well as violinists Vadim Gluzman and Hilary Hahn, also return to Symphony Center this season as featured soloists.

The orchestra continues it successful CSO at the Movies series with a screening of Alfred Hitchcock’s North by Northwest, featuring a score by Bernard Hermann, and An American in Paris, based on Gershwin’s work. It also continues its acclaimed MusicNOW series, now in its 21st season, at the Harris Theater for Music and Dance with four Monday night concerts.

In 2019, the orchestra will embark on its ninth tour of Asia with concerts in Taipei, Shanghai, Beijing, and Tokyo.

For more information about the Chicago Symphony Orchestra’s 2018/19 and other programming presented by the CSOA at Symphony Center and beyond, visit the CSO’s website.