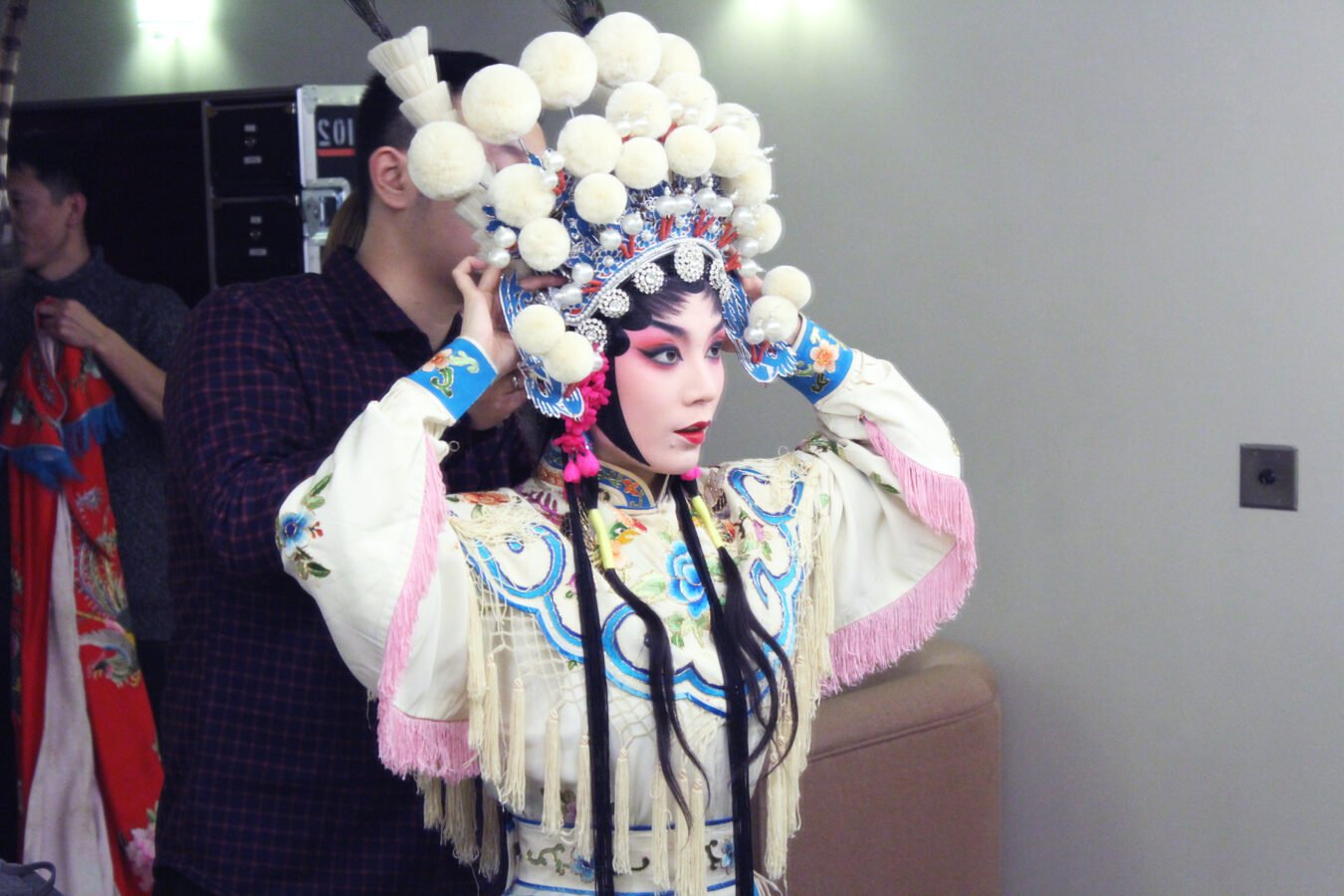 Zhou Lu of Chongqing Chuanju Opera Theatre gets into costume

China boasts dozens of regional styles of opera, which all have their own unique histories. Sichuan opera, also called Chuanju, dates back to the 18th century. The form is composed of four main elements – chang (singing), zuo (acting), nian (speaking), and da (percussion). The percussion ensemble, called luogu, contains over 20 kinds of instruments including drums, gongs, and cymbals, which create a rich palette of sounds that accompany performers. The art form also combines acrobatics, martial arts, and stunning costumes into to a single, spectacular show.

In the video below, Zhou Lu, an artist with Chongqing Chuanju Opera Theatre, gets into costume and makeup to perform a scene from the traditional play A Red Lotus over the Bibo Lake. She plays the role of Xia Gu, the unmarried daughter of the Dragon King, who lives in Dragon Lake.

Her xiao gong costume, typically worn by royal or mythical female characters in Sichuan opera, is made of crepe silk and adorned with embroidery, ribbons, and other embellishments. Her splendid helmet is festooned with white pompoms and two lingzi, or pheasant tails, which can be as long as 2 meters. In addition to being beautiful, lingzi are highly expressive: they accent the performer’s already stylized movements.

Sichuan opera artists typically train for five years before they are ready to perform publicly. Zhou Lu has been performing for about ten. Despite dramatic changes that come with such elaborate costume and makeup, however, the real transformation comes from within. As the last elements of her look are carefully put into place (with a little assistance), Zhou Lu concentrates on the inner world of the character of the Dragon Princess. Then, she practices poses she will strike when her character makes her entrance in a scene called “Tryst.”

Zhou Lu and the artists of Chongqing Chuanju Opera Theatre demonstrated their incredible artistry backstage at Symphony Center in Chicago before performances with the Zhejiang Symphony Orchestra on February 17, 2018 for a special Chinese New Year Celebration. For more information about the performance, visit cso.org.