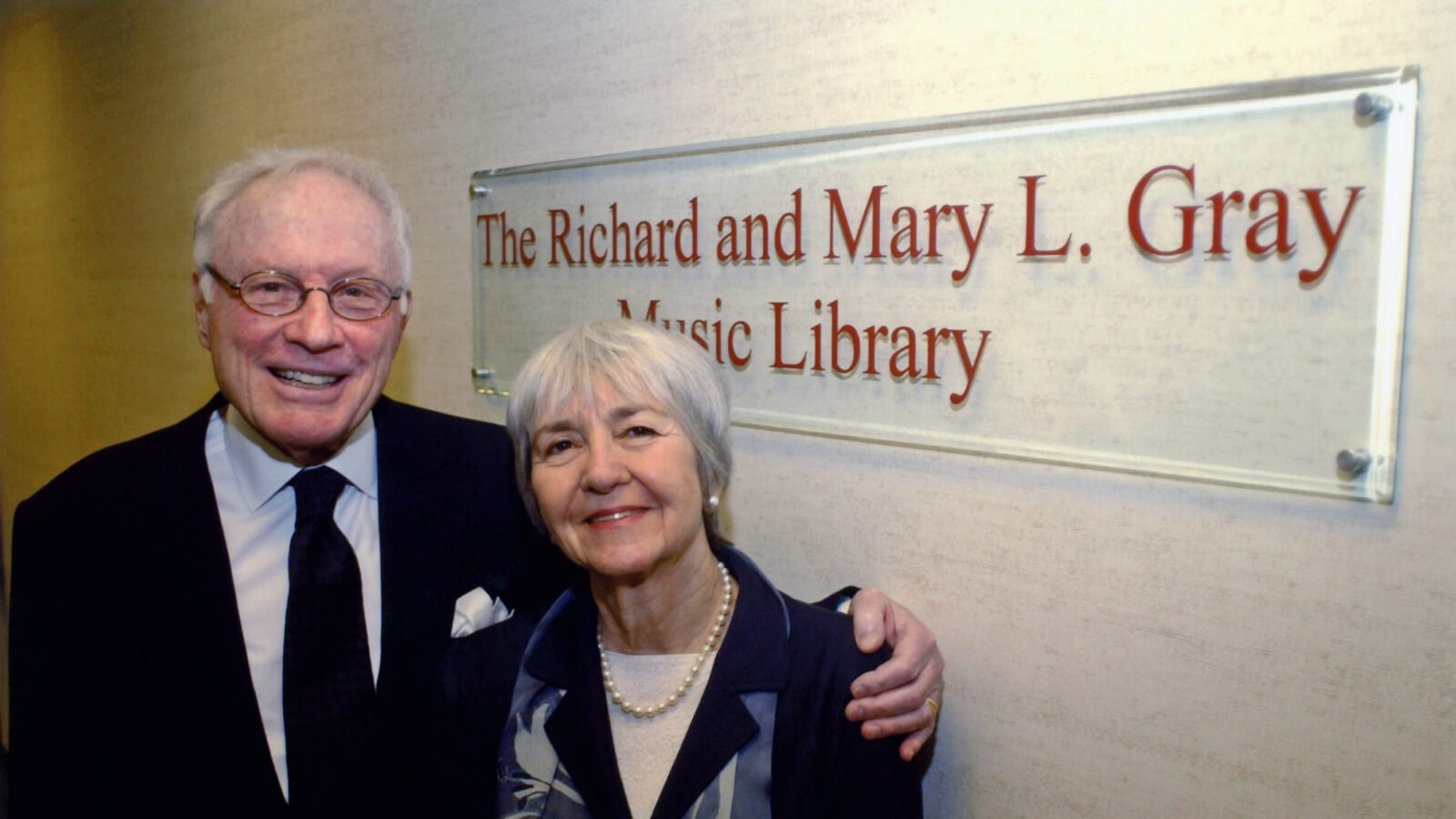 On May 16, Richard Gray, a longtime supporter and member of the Board of Trustees of WTTW and WFMT, died peacefully in his sleep at home in Chicago, where he was surrounded by family. WFMT’s music library is named for Mr. Gray and his wife of 65 years, Mary, who survives him along with their three children and five grandchildren.

“Richard Gray’s passing is an incalculable loss not just for the WTTW and WFMT family, but for the city of Chicago and the international art world,” said Window to the World Communications, Inc. Board of Trustees Chairman James W. Mabie. “Richard brought his boundless energy, enthusiasm, creativity, and support to our organization as a WTTW/WFMT Trustee for nearly 40 years; as a leader on the WFMT Radio Committee; and as the founder of the Richard and Mary L. Gray Music Library. His influence will be felt for many years to come.” 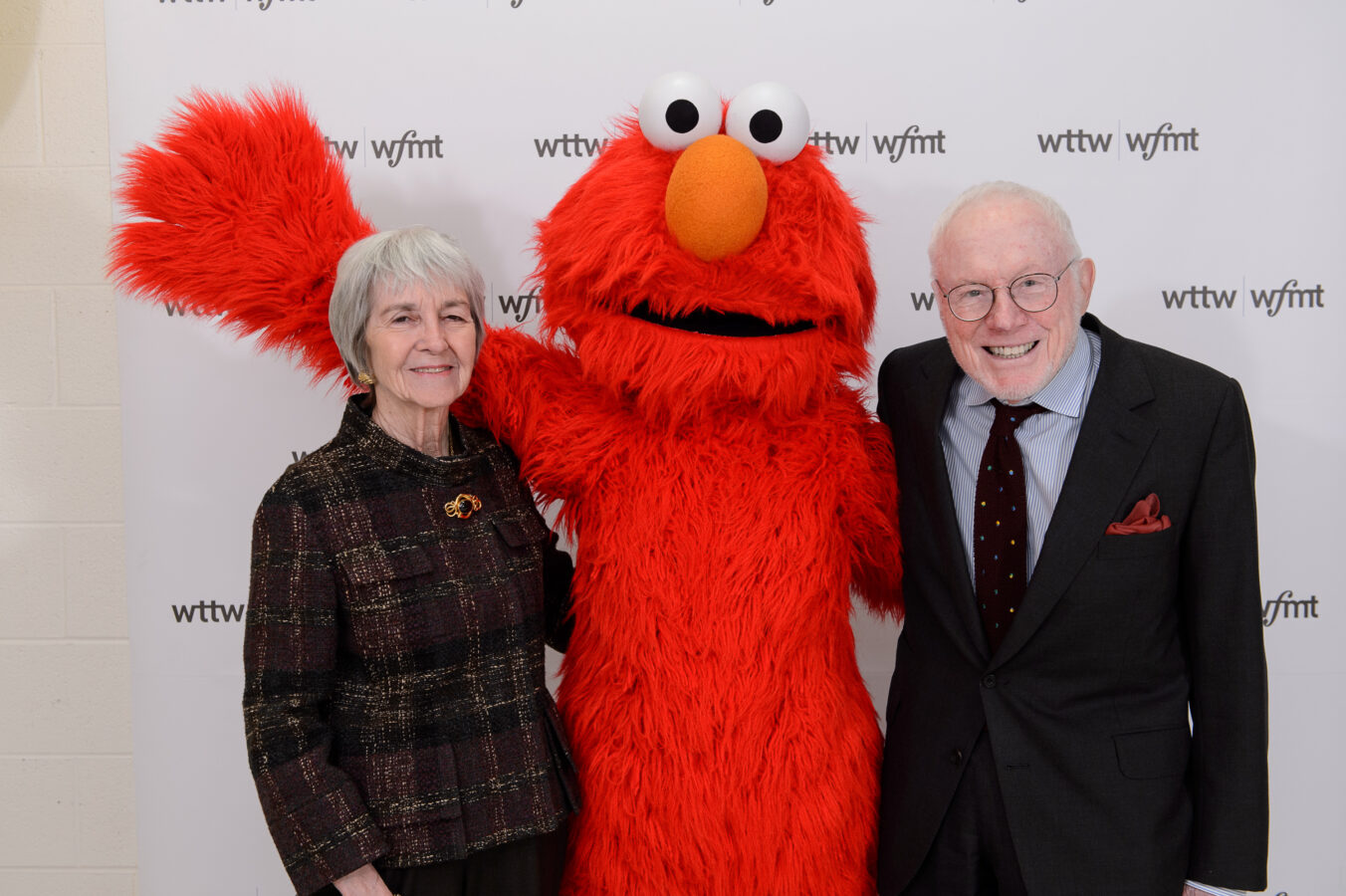 Mary Gray, Elmo, and Richard Gray pose for a photo

Gray, a lifelong Chicagoan, was also a distinguished art dealer and collector, architecture enthusiast, and passionate preservationist. In 1963, he founded the Richard Gray Gallery (in Chicago and New York), which focuses on painting, sculpture, and drawings by 20th-century American and European artists, representing the work of Pablo Picasso, Joan Miró, Jaume Plensa, David Hockney, and many others. With his wife Mary, he helped to save such landmarks as Mies van der Rohe’s Farnsworth House and Chicago Public School murals.

Gray also served as a trustee for numerous other cultural organizations, including the Goodman Theatre, the Newberry Library, and the Chicago Symphony Orchestra, as well as serving as president of the Art Dealers Association of America, chairman of the David and Alfred Smart Museum of Art at the University of Chicago, and as the vice chairman director emeritus of the Chicago Humanities Festival.

A memorial service for Richard Gray will be announced at a later date. Donations in his honor can be made to any of the many civic, cultural, and charitable organizations supported by the Gray family.

Jim Mabie, Longtime WTTW-WFMT Trustee and Board Chair, Dies at 85
In Their Own Words: Inspiring Quotes From Classical Artists, Members of the Arts Community, and Colleagues Who Died in 2021
Ryan McKinny on His Friendship, Artistic Partnership With a Death Row Inmate: 'We’re Human Just Like Him'
Benny Kim and Grace Fong
James Levine, who ruled over Met Opera, dead at age 77
Decade in Review: The 2010s and Classical Music