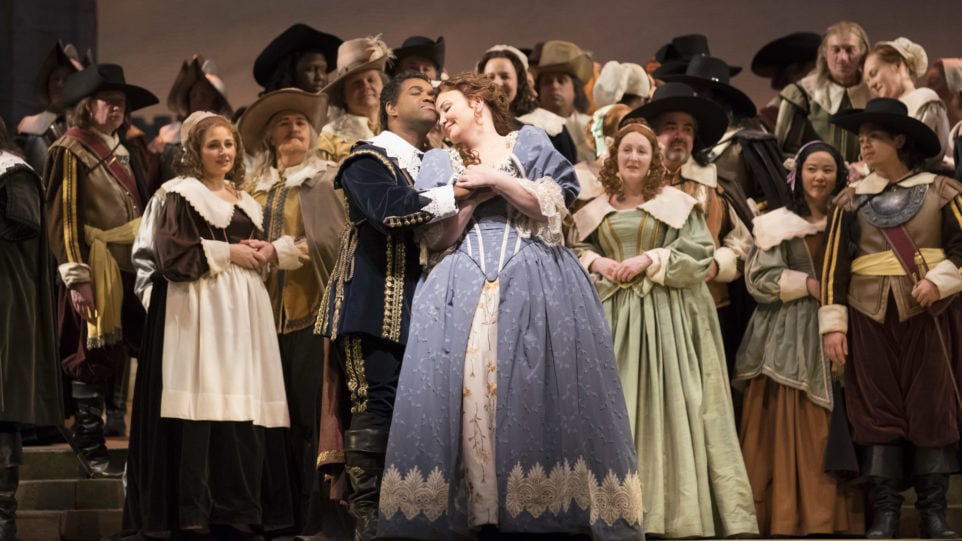 The art of bel canto will take center stage in Bellini’s lyrical jewel, I Puritani. The electrifying Albina Shagimuratova is Elvira, gripped by madness and love; Lawrence Brownlee, named Male Singer of the year in 2017 by the International Opera Awards, takes on the role of her beloved and heroic Arturo; and Anthony Clark Evans and Adrian Sâmpetrean are the soldiers, Riccardo and Giorgio. Bellini places them within a sweeping historical drama in 17th-century England, in which a passionate young couple find themselves caught up in a conflict between opposing political factions.