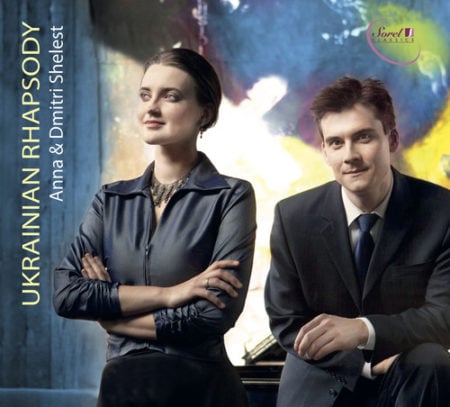 This release from the Shelest Piano Duo presents pieces for piano solo and piano four hands by Ukrainian composers from the 19th and 20th centuries. Having established themselves as solo artists, while garnering prizes and awards along the way, the Ukrainian-born husband and wife Shelest Piano Duo brings to the performance stage inventive programs of not only solo repertoire, but four hand music. First Prize winners of Bradshaw and Buono International Piano Competition, the Duo made their Carnegie Hall debut in 2011 and have appeared at the venue annually since.