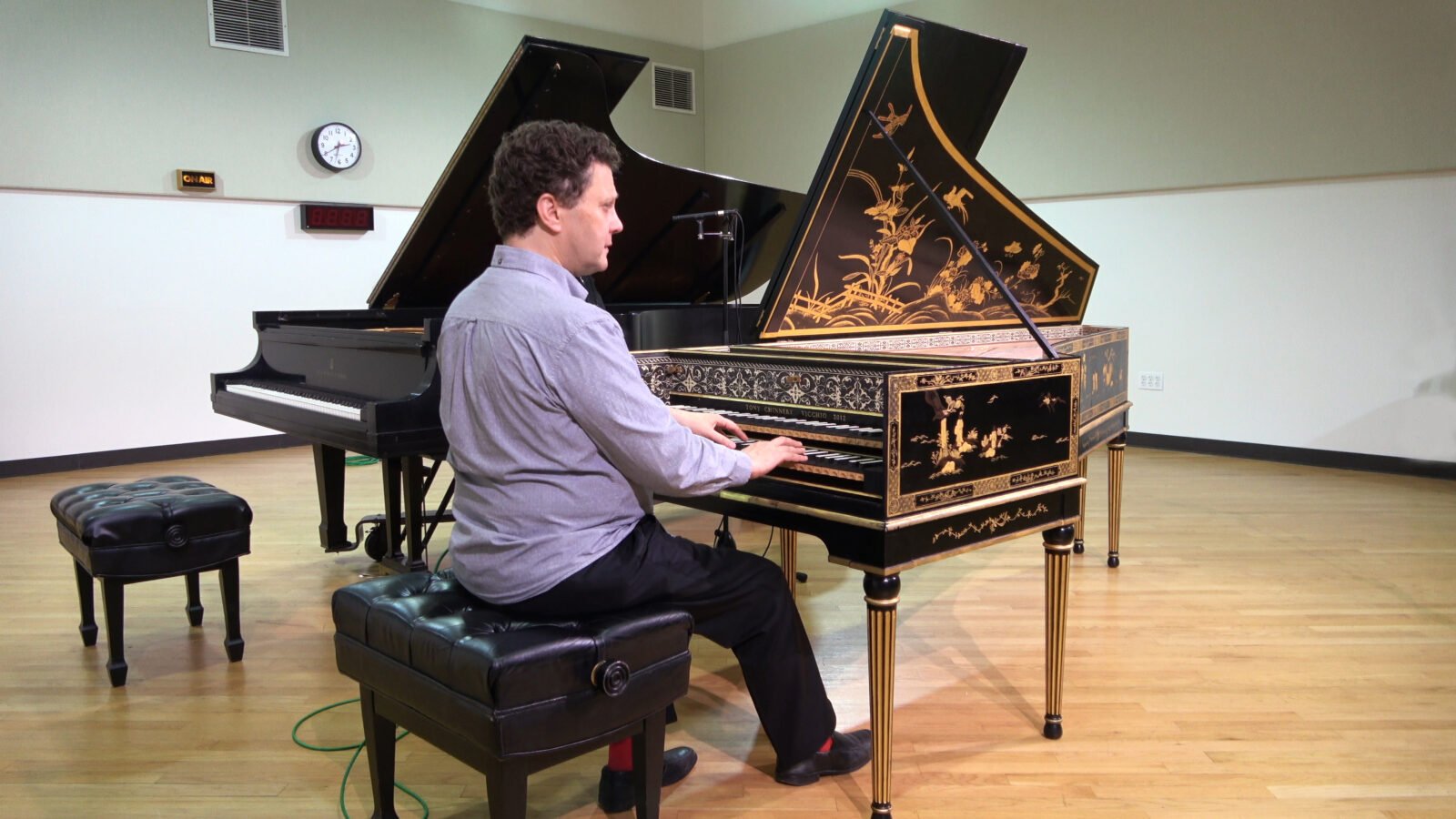 One of the earliest keyboard instruments – the hydraulis – was invented in the 3rd century B.C.E. and created sound when naturally flowing water pumped air through pipes. Since then, dozens of keyboard instruments have been created, including some of the most common ones we know today like the piano, the organ, and synthesizers.

Though early prototypes of the modern piano were made in early 1700s, the piano did not become popular until the late 18th century. Before, the harpsichord reigned as one of the most popular keyboard instruments for solo performance, as well as in chamber ensembles and orchestras.

Composers like Bach, Handel, Couperin, and Scarlatti, all produced significant works for this instrument. But today, musicians may be more likely to try playing their works on the piano, even though it is becoming easier for pianists to access harpsichords.

For pianists, the chance to play a harpsichord can be critical to understanding works written originally for that instrument. But even those who do not have access to a harpsichord can learn a few techniques that can help capture its magic on a modern piano. Grammy-nominated harpsichordist Jory Vinikour shared some of his advice for pianists playing harpsichord repertoire on the piano.

Articulation on the harpsichord and piano

When a piano key is depressed, a hammer strikes a string or strings, but only after a dozen or so other parts have have come into play; from levers to springs. When the piano key is released, the string is muted with a dampener. By contrast, when a harpsichord key is depressed, it raises a jack which has a plectrum that plucks the string. Vinikour explains how these differences in the instruments’ construction create profound differences in how players should approach them. He plays through Bach’s Invention No. 1 in C Major (BWV 772) at both the piano and the harpsichord, showing how his approach to playing the piece on each instrument might differ through his articulation.

One of the first things a pianist might notice when sitting down at a harpsichord (or at least most harpsichords!) for the first time is that there are no pedals (though there are pedal harpsichords - but that's a different topic!). Vinikour explains how harpsichordists can achieve similar effects to pedaling, and how pianists can use the pedal to tastefully color works originally written for the harpsichord. Hear Vinikour play the Allemande from Bach’s French Suite No.5 in G major (BWV 816) and discover how he uses a technique called overholding in combination with pedaling to achieve unique effects on the piano. He also demonstrates how players can create similar effects by playing through the C Major Prelude from Book I of Bach’s Well-Tempered Clavier.

All keyboard instruments belong to a class of instruments that are called “perfect.” They’re “perfect” because they can play both melodies and harmonies simultaneously. This creates incredible opportunities for composers – and sometimes incredible challenges for performers – because they can create music for the keyboard that sounds like an entire ensemble. Vinikour explains how musicians can look at harpsichord repertoire not just as a keyboard work, but as a work with an orchestra of sounds that the keyboard can capture. Vinikour performs movements of Bach’s Italian Concerto to show how Bach created the illusion that an entire ensemble is playing.

Understanding ornamentation is essential to playing early keyboard music, regardless of what kind of instrument you have at your disposal. In some cases, composers wrote out what ornaments they wanted performers to use with a system of short hand symbols. In other cases, ornaments were so common in performance practice that composers never bothered to write them in. Vinikour plays one of Bach’s most popular works, the Aria from Bach’s Goldberg Variations, to show how essential ornaments can be, and why you need to learn how to interrupt these symbols correctly.

Harpsichords vary greatly in their construction and the sounds they create, and different types of harpsichords are suited to different types of repertoire. Vinikour’s double-manual harpsichord was built by Tony Chinnery in 2012 after a 1769 instrument by Pascal Taskin. Vinikour said his instrument, beautifully painted by Eleonora Banchi, is perfectly suited to the music of French composers like Couperin and Rameau, but also Bach and Handel.