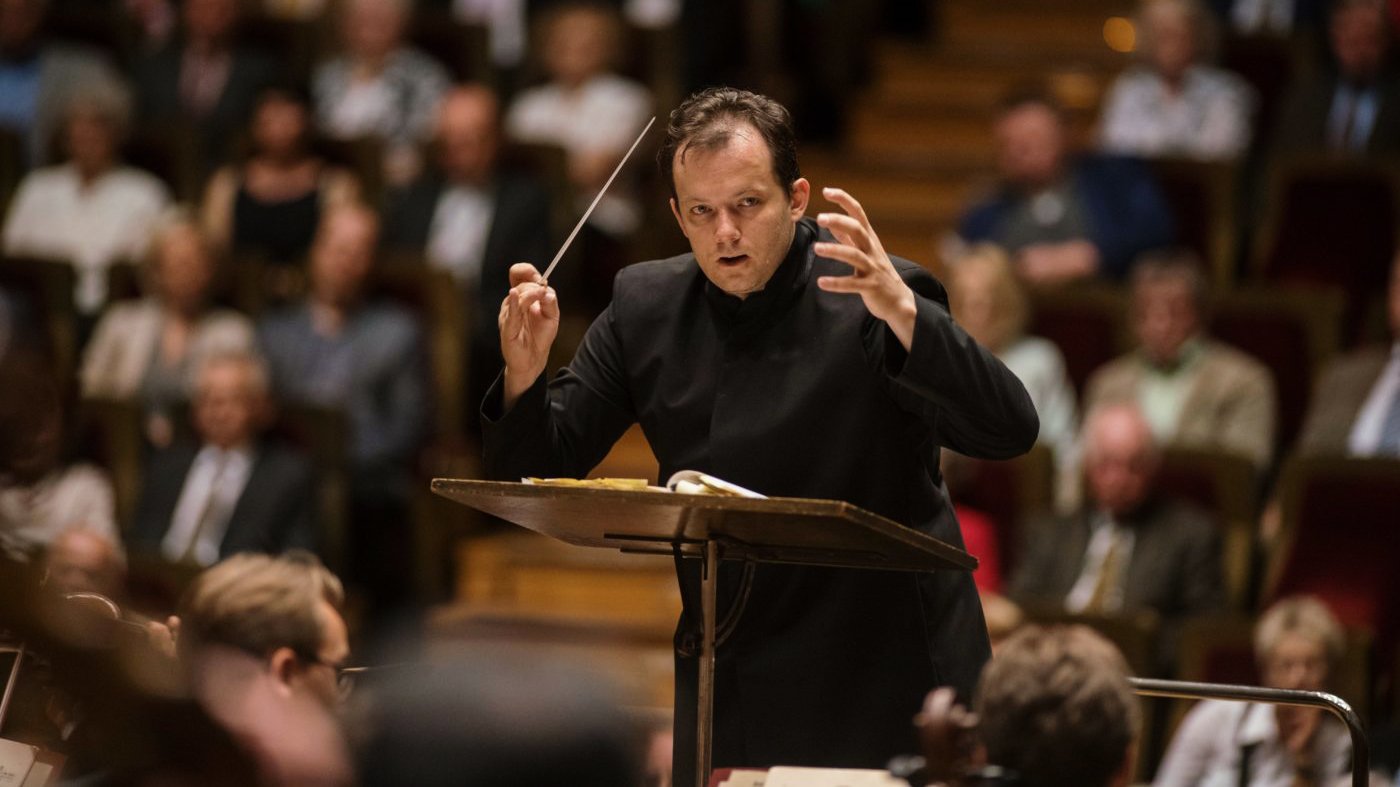 BOSTON (AP) — The Boston Symphony Orchestra might want to consider naming its next album Songs in the Key of A — as in airport, abandoned, and Amsterdam.

The renowned orchestra very nearly missed the last stop on its 12-concert, eight-city European tour when it got stuck in Paris en route to the Dutch capital.

As musicians lined up to board, they were told the flight was delayed because of a mechanical problem. A short time later, they learned the aircraft needed more extensive repairs and the flight was canceled. Staff looked into other flights as well as trains and buses, “but there was no viable solution as to how to transport a group of about 145 people,” Horgan said.

Complicating matters, the full orchestra was needed that evening at Amsterdam’s Concertgebouw hall to perform Shostakovich’s “Symphony No. 4,” one of the largest works for orchestra. And the only flight available to Amsterdam — a plane in Luxembourg — could take only half of them.

“It wasn’t the day we planned. But everyone hung in there,” Mark Volpe, the symphony’s president and CEO, told The Associated Press in a telephone interview Tuesday from Paris. “At that point, it was a ‘show must go on’ kind of mindset.”

That set the BSO’s music director, Andris Nelsons, and key players on a mad scramble to revise the repertoire and find a substitution for the Shostakovich piece. They decided on Beethoven’s “Symphony No. 7” — even though they hadn’t performed it in more than a year.

Dutch organizers delayed the concert’s start from 8:15 p.m. to 9 p.m., and a group of 76 arrived with barely enough time to change into black tie and wolf down sandwiches, let alone rehearse. Fortunately, the orchestra’s $38 million worth of instruments had been sent ahead via climate-controlled trucks, and symphony librarians back in Boston were able to hastily retrieve, scan and email musical scores to be printed in Amsterdam.

It all ended on a high note: Nelsons and his orchestra received what Volpe described as “an unbelievable standing ovation” — a musical high-five and a welcome coda to a challenging day.

“A delayed flight threw a monkey wrench into the works,” the Dutch newspaper NRC Handelsblad noted Tuesday in a review, but it praised the BSO for “a daringly temperamental rendition of the replacement piece.”

As for the musicians left behind in Paris? They had a picnic on the concourse, noshing on wines and cheeses from the duty-free shop.

Most eventually made it to Amsterdam after midnight for a party celebrating the end of the tour, which began September 1 and included stops in London, Hamburg, Berlin, Leipzig, Vienna, Lucerne, and Paris.

“Even after 21 years, the character and spirit of this orchestra continue to astound me,” Volpe said.

Grammys 2022: See All the Classical+ Nominees (And Winners)
Playlist: Listening to the 'L', CTA-Centric Music from Classical to Hip-Hop
From 2015: Ramsey Lewis On His Long Overdue CSO Debut
Inside Chicago Composer Stacy Garrop's Rousing Eco-Oratorio 'Terra Nostra'
In the Age of the Visual Album, What Can Opera Learn from Beyoncé?
How Classically Trained Navajo Pianist & Composer Connor Chee Weaves His Sound