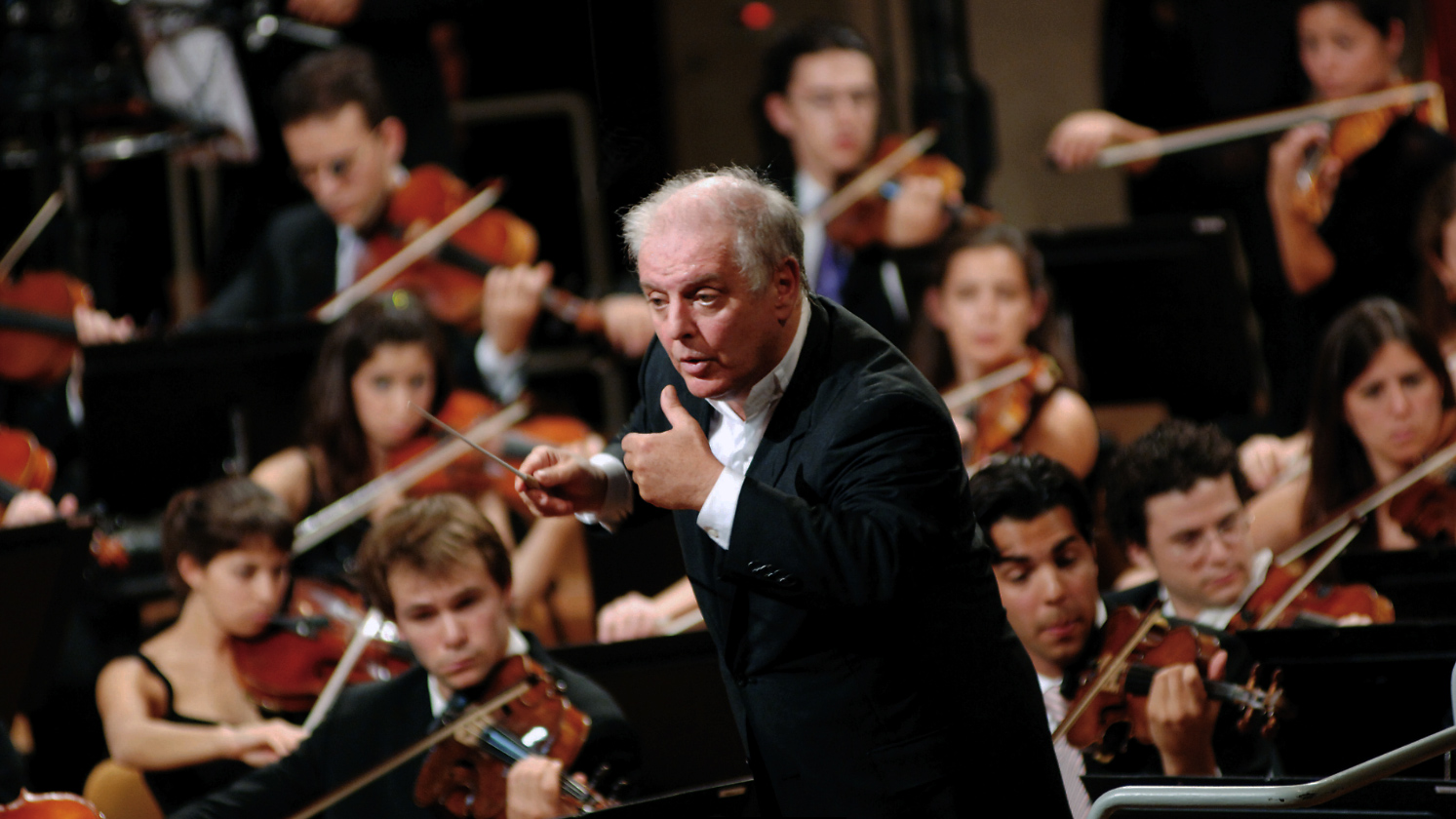 “In 1970, I was many things, but not an experienced conductor,” admitted Daniel Barenboim at a press conference at Symphony Center on October 29, 2018. “And therefore, for me to stand in front of the Chicago Symphony was an event of shattering importance. And I mean every syllable of that. And then to stay, and come so regularly [to work] with the orchestra, is something that accompanied me for a quarter of a century before I became music director.”

After much anticipation, Daniel Barenboim is back in Chicago, if only for a few more days. On Monday, November 5, 2018, Maestro Barenboim will return to Symphony Center to lead the West-Eastern Divan Orchestra. Barenboim also led the CSO in three performances of Smetana’s Má vlast on November 1-3. These concerts marked Barenboim’s first time conducting the Chicago Symphony Orchestra since his 15-year tenure as the music director of the CSO ended in 2006.

During the last several years of his time with the CSO, Barenboim began a new project, the West-Eastern Divan Orchestra, which he co-founded in 1999 with the late Palestinian-American professor, author, and intellectual, Edward Said. The Divan Orchestra is unique in that it unites young musicians from Israel, Palestine, Iran, Syria, and other Middle Eastern countries through music. Barenboim has described the project as an “orchestra against ignorance.”

From the Divan Orchestra to the CSO, Barenboim is happy to share these performances in the city that has meant so much to his conducting career. “I came [to Chicago almost] every year… from 1970-2006. And therefore, my association with the musicians was and is very deep.”

70th Anniversary Special: Interview with Almita & Roland Vamos
Jory Vinikour with Special Guest Rachel Barton Pine [Rebroadcast]
In the Age of the Visual Album, What Can Opera Learn from Beyoncé?
Grammy Winner Giancarlo Guerrero Grew up in Costa Rica Listening To WFMT. Now He's Making His CSO Conducting Debut.
In Their Own Words: Quotes From Artists and Friends of WFMT Who Died in 2020
'The reach is exponentially larger': How Kamala Sankaram Brings New Audiences, Stories to Opera