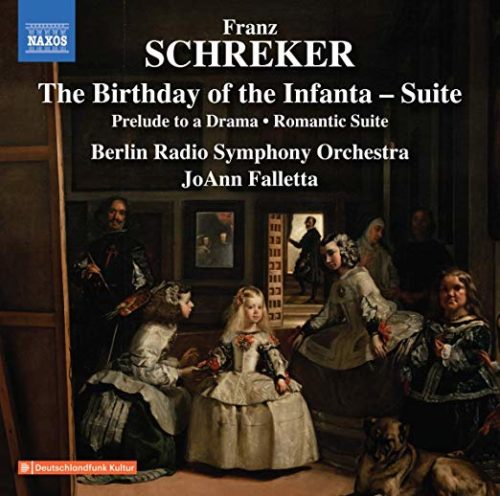 Franz Schreker was a prominent figure in early 20th-century Austro-German music, his reputation as an opera composer rivaling that of Richard Strauss. The Prelude to a Drama is the concert overture of Schrekers acclaimed opera Die Gezeichneten, a lurid drama involving murder and madness. Conceived as a theatrical pantomime, The Birthday of the Infanta adapts Oscar Wilde’s tragic tale of an ugly dwarf who dies of a broken heart, while the Romantic Suite fully explores the composer’s colorfully detailed and translucent orchestration and lyrical expressiveness.